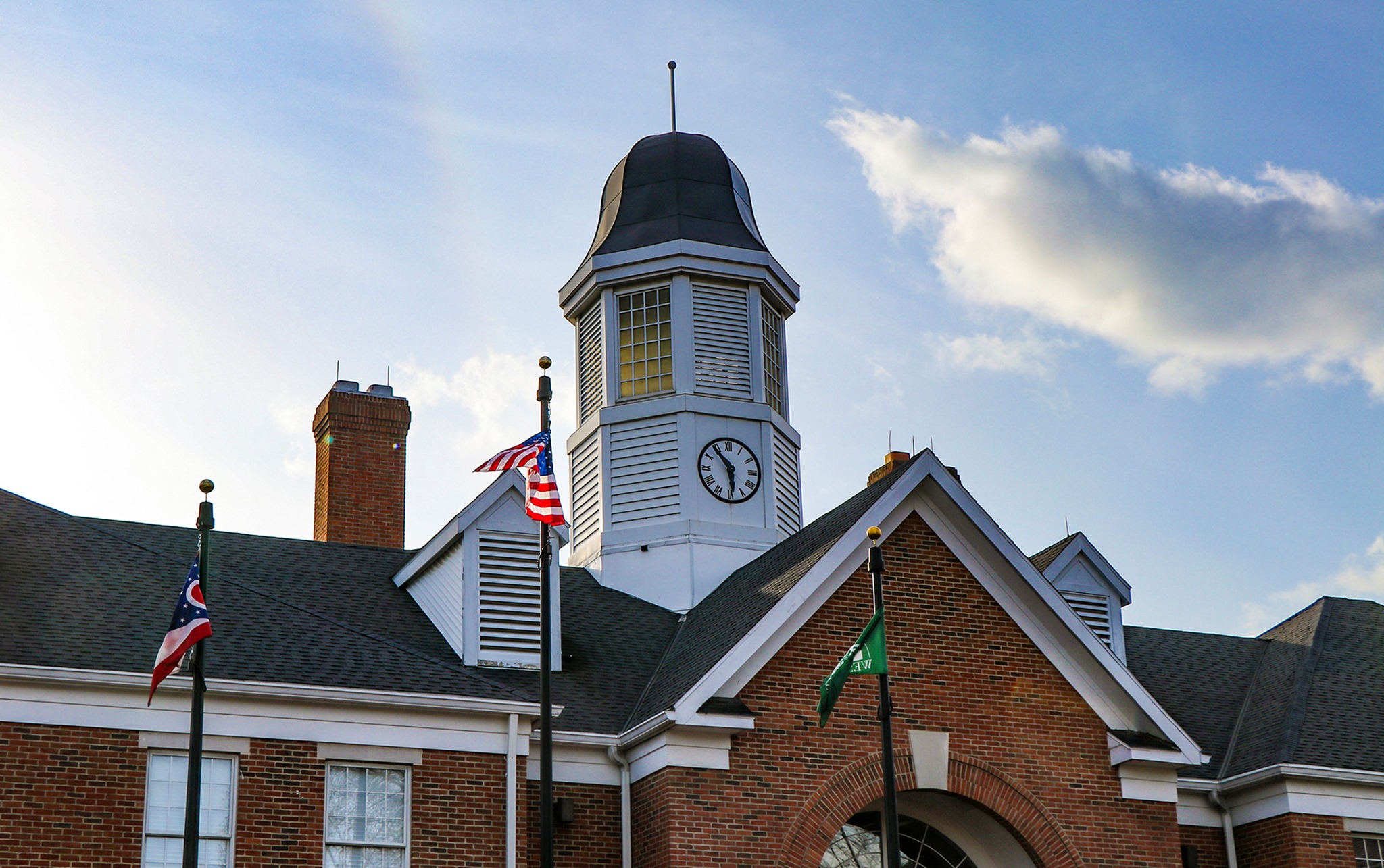 Westerville, OH is one of many wonderful cities in Ohio that is not only beautiful, but offers some amazing amenities for homebuyers. With so many choices and options to choose from when it comes to communities, it can be overwhelming when deciding where to purchase your new home. If you’re moving to the area because of a job, you’ll want to find an area that offers a convenient commute, or has some good public transportation options. Or maybe you’re looking for an area in Ohio that has a great school system in place for your family, with lots of community activities for the kids.

Regardless of the reason for your move, when potential homebuyers are looking to put down roots, they want to know a thing or two about the area. If you’re interested in moving to Westerville, you’re probably curious about the city and what the community can offer you. We put together this article to give you an overview of what it’s like to live here, and what kind of attractions and amenities make this town a great place to purchase a home.

Located just 10 miles from Columbus as well as the international airport in the northeastern part of Franklin County, Westerville is a city of 38,604 people, whose median age is 41.2 and household income is $86,466. The median property value in Westerville is $214,300 with a homeownership rate of 77.6%. The local Westerville economy employees 20.3K people who are mostly in the Finance and Insurance industry as well as the Education Services industry. Most people who live and work in Westerville commute via car to work, where their average commute was about 20 minutes.

Westerville is known as a City within a Park because its Parks and Recreation Department puts a concerted effort into the creation and upkeep of many green spaces. Westerville boasts of 41 separate parks or recreation facilities, and offer citizens many opportunities to get outside and explore. In fact, the parks management has been awarded the Gold Medal Award four times, which is given to the community who best manages their parks’ stewardship and development. Westerville is up for this award again in 2019, and the city is hoping to add another Gold Medal to their collection. The results are announced each September.

The first settlers to the area arrived in1806, and gradually the population began to grow. In 1816 the Westervelt brothers, Matthew and Peter, (who were of a long line of pioneers and were of Dutch descent) arrived and purchased 890 acres of land along the Alum Creek. The town that would become Westerville was officially named in honor of this family, who made many land donations over the years in 1840, when the population was well over 700 people.

Westerville’s citizens made their homes and business a part of the Underground Railroad throughout the 1850s, including the president of Otterbein College at the time, Lewis Davis. There were multiple stops on this escape route that still stand in the town today, including the George Stoner home, the Westerville Public Library, and theTimothy Lee home.

Fighting for equality and inclusion was important to the population of Westerville at this time, and the city’s Otterbein College was the first institute of higher learning that allowed women to attend classes and enroll without restrictions. It was also the first university in the U.S. to allow women on the faculty and admit African Americans as students.

Throughout the 19th century, Westerville had a reputation for temperance support, and had opposed the sale and consumption of alcohol in their community for many years. This movement gathered more support in the early part of the 20th century when the Anti-Saloon League moved its headquarters to Westerville. Eventually this earned the town the title of “Dry Capital of the World” and there was great celebration when the 18th Amendment passed outlawing the sale of alcohol in the United States. After the amendment was repealed by passage of the 21st Amendment in 1933, the town still chose to stay dry.

The town was officially incorporated as a city in 1960, and experienced a population boom that went well into the 1980s. This created many new residential units and contributed to the city’s robust economy.

In 2003 Westerville was recognized as “Sportstown Ohio” by Sports Illustrated, which is due to all the wonderful outdoor parks and recreational facilities that are available to citizens. In addition to the parks and recreation facilities, Westerville continues to provide more city service support than any other central Ohio area, and has its own police department, fire department, and electric service workers.

If you’re looking to explore Westerville, consider checking out any of these options. Of course there are many more, but these were our top picks!

When you’re in Westerville, it’s always a good idea to check out Otterbein University. It has so much history to offer and has been a part of the community since 1847. This university is beautiful and is very welcoming for visitors who want to explore the campus. If you happen to be visiting on a day that offers music department concerts, make sure you check those out as well!

This festival has been in operation for 45 years, and it is one of the most anticipated events of the summer season in Westerville. The Music and Arts Festival is a fantastic family-friendly event that features art and craft exhibits that bring people in from miles around. It’s packed with live entertainment, a silent auction, and of course amazing festival food. This is a highly anticipated event for Westerville and the surrounding areas, and typically draws in crowds of 18,000+ over the two day weekend.

Westerville was at the center of the Anti-Saloon League, which pushed for the ban on the sale and consumption of alcoholic beverages. As a result of their tireless lobbying and correspondence efforts, they were a major force behind the ratification of the 18th Amendment. Over the course of their operation, they produced thousands of pamphlets, stories, cartoons, and newspapers favoring the ban on alcohol.

These documents are now housed at the museum, which is located at the Westerville Public Library and available for the public to view. This would be an interesting museum to visit and see first hand how this group of Westerville residents were able to influence national politics.

Another historic attraction that is well worth a visit, is the former home of William and Ann Hanby and was built in 1846. William was the leader of the United Brethren in Christ Church and was a fervent abolitionist, who even opened up his home to the Underground Railroad. He was also a major part of the temperance movement in Westerville to outlaw alcohol.

The Westerville Historical Society currently runs tours at the house, which are available by appointment only Monday-Friday and open on Saturday and Sunday from 1pm-4pm for tours. Be sure to visit the Kitchen Garden located behind the Hanby House as well!

After a long day of enjoying all the sights and sounds of Westerville, check out some of the delicious eateries this city has to offer.

A great seasonal restaurant with many beer options

Image courtesy of 101 Beer Kitchen. This is Westerville’s place to try all kinds of season brews and bites.

Although Westerville is famous for its long distaste for alcohol, there are now plenty of places to grab a beer or a glass of wine within the city. 101 Beer Kitchen is a seasonal farm-to-table establishment that seeks to serve hand-crafted food alongside an amazing beer selection. There are a couple of locations around the Columbus area, all with a loyal following of patrons, so if you’re in the mood for a casual spot to grab a bite and a brew, make sure to stop in.

“Great selection and super friendly staff. We were in town on business and found this little gem. The food was top notch.” -Yelp Review

Slow down and enjoy the delicious food at this Westerville favorite

If you’re looking for something a little more upscale, consider checking out the Asterisk Supper Club, and you’ll feel as though you’ve taken a step back in time. The owners of this unique restaurant have designed the layout to reflect a time when things moved at a slower pace, and friends and family gathered and lingered at the dinner table. With an eclectic menu featuring local and seasonal produce, you’ll be sure to find something you love. Make sure to try out their afternoon tea service as well!

“5-star experience, start to finish. Phenomenal drinks, great service, and excellent food. A hidden gem in Westerville. We will definitely be back!” -Yelp Review

You can’t go to Westerville without stopping at the Good Vibes Winery. As Westerville’s only urban winery, you would be missing out on some delicious Ohio-made wines that utilize grapes from around the world. Make sure to pair your wine-tasting visit with one of their delectable cheese, meat, and cracker trays that are selected to compliment any of the wines on their extensive list. A few times a month there is live music from local artists, who will help you wind day after a busy day.

“So glad I finally got a chance to visit this winery. The owners were very knowledgeable and I loved the wine and cheese flights.” -Yelp Review

Westerville has a very colorful and interesting history, but it is very much a connected and modern city. If you’re considering a move to central Ohio, Westerville would be a fantastic location to buy a house!

Give Back, Feel Good: 5 Volunteer Opportunities in Westerville, Ohio

Always Get the Best With Westerville Ohio

18 Things You Need to Know About Westerville, OH

Beer, Food, and Music on the Streets of Westerville

By
No author
Columbus
//
Westerville

The Winter Course in Westerville