A suburb boasting all the convenience of Columbus with the atmosphere of a rural area. Come visit the wonderful area of Grove City, Ohio! 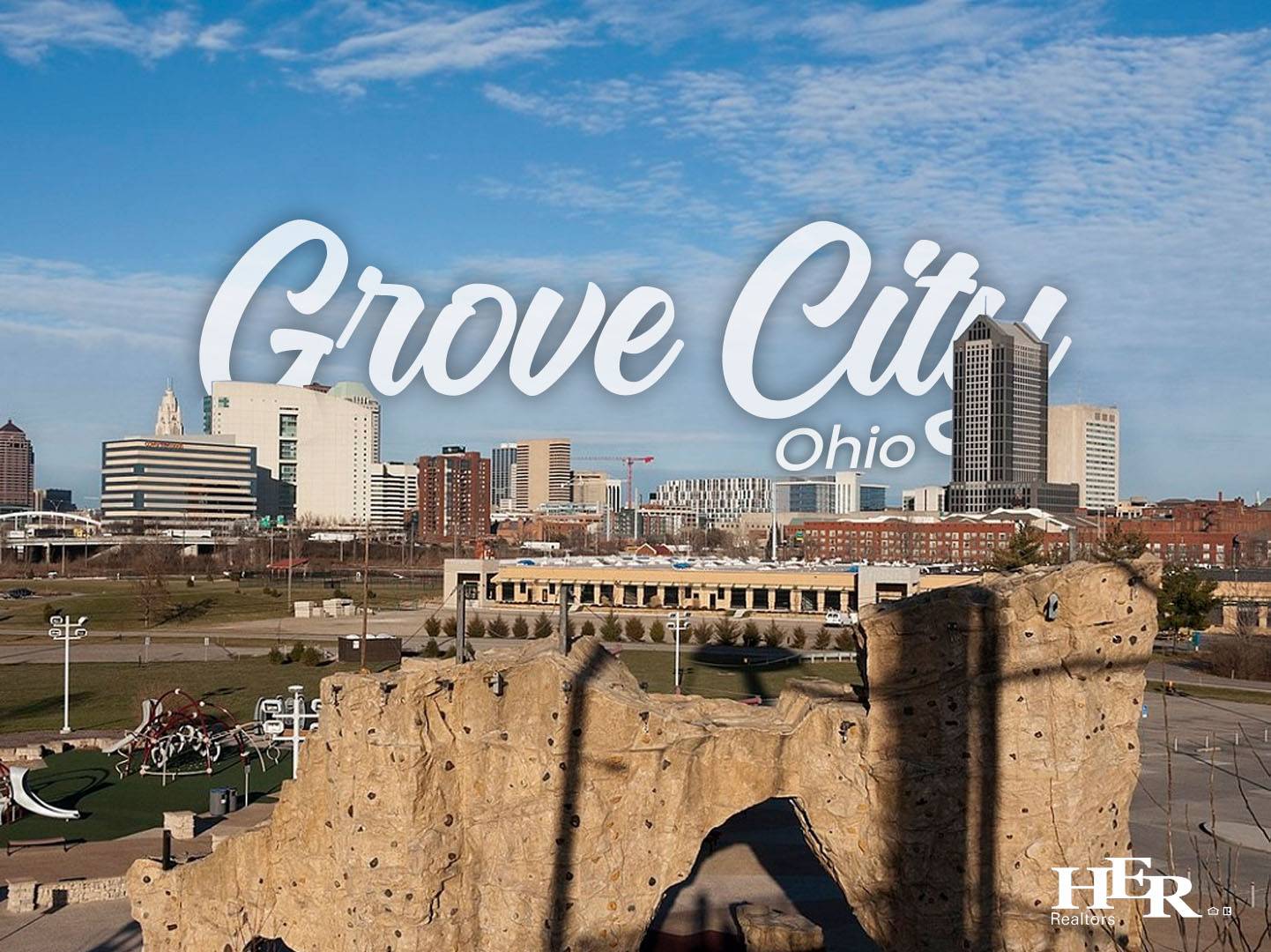 When looking for a new home, you’re obviously constrained by things outside your control.  Your job may be sending you somewhere new, your partner’s job may be relocating, you may be wanting to relocate from a city to a suburb or vice versa, etc.  Regardless of your constraints, you can always try to pick a locale that fits both your needs and your wants, and if you’re moving to the Columbus area, there are plenty of surrounding suburbs and small towns for those who don’t want to live directly in the city.

A post shared by City of Grove City, Ohio (@grovecityohio)

Grove City, OH is just outside the city limits of Columbus, one of the last areas before the surrounding landscape goes from urban to farmland. This suburb town is close enough to Columbus to make it an ideal place for commuters, featuring:

Grove City, Ohio has great school districts perfect for ensuring your little one gets the education they deserve!

Schooling is an integral factor when choosing an area. The type of school your child goes to during their developing years can have a major impact on who they become! Gain the peace of mind of knowing you chose a great school for your child by checking out school districts in the Grove City area.

According to Greatschools.org, many of Grove City’s schools rank above similar schools in other parts of the state, particularly in test performance and math classes.  For such a small area, there are a wide range of schools to choose from, with multiple pre-k, elementary, intermediate, and high schools. Now you can be sure your child will have great schooling as they move through the different age groups!

Being close to a major city is a major perk. Grove City, Ohio is just about neighbors with the beautiful city of Columbus!

While many cities are once again seeing influxes of residents in the hearts of urban centers, commuter culture is still going strong.  For some people, such as those with young or larger families, those who don’t like urban environments, and those who may occasionally work from home, living in the city center can be both infeasible and unnecessary.  At only 17-20 minutes away by car, the commute from Grove City to Columbus is quick and easy (though as with any city commute, this time can double for rush hour).  You can have all the space and freedom of suburban living with easy access to the activities and job necessities of downtown Columbus.

Want to work AND live in Grove City?  That’s fine!  But you’ll still be close to downtown Columbus and have access to all of the perks of a city, like a variety of restaurants, entertainment, and nightlife that may not be as readily available in a suburban area.  It’s possible to have a night out on the town, but still be home quickly at the end of the night (although if you know you’re going to be out partying, perhaps take a cab or rideshare service into and out of town, or plan to have a designated driver; a short commute is just as bad of an idea for an intoxicated driver as a longer one).

Grove City, Ohio boasts some of the most beautiful surroundings in the state!

Grove city is on the edge of farmland and city, a kind of suburban that is really more of a direct line between urban and rural.  If you like nature, it has both natural landscape scenery and public garden areas, as well as close proximity to the Scioto Mile Parks.  These parks run along the Scioto River, creating a near-constant line of green spaces that cuts through even the most urban parts of the Columbus area.  Grove city in particular is known to have everything from great fishing ponds and hiking trails, to scenic farms and cute playgrounds.

If you’re the adventurous type, you can check out the Scioto Audubon Metro Park, which is a 120 acre metro park nearby that boasts the largest outdoor free climbing wall in the United States**. There is also a dog park and sand volleyball court at the park for those who prefer a bit less adventure.

**The free climb wall is only open to experienced climbers for safety reasons.

For those who prefer history to adventure, Grove City features both Gantz Farm and Park, as well as Century Village.  In the village, you step back in time to a turn of the (previous) century to experience and learn about life as it was in the late 1800-early 1900s in the area.  The village features a one-room schoolhouse, log cabin, barn, and a working blacksmith forge which even offers blacksmithing classes!

You can never get bored in Grove City as there are a ton of local activities to do and great places to eat!

Though Grove City itself is fairly small, the town has a relatively bustling arts and activities scene.  While we discussed recreational family activities and fun spots in a past blog post, there are plenty of educational, artistic, and more adult-oriented things to do around the city.

A theatrical operation of murder mystery dinners that are ripe in crowd interaction, all in the wonderful area of Grove, City Ohio!

Directly in Grove City, there are two major theatrical operations: “Dinner. Death. Dessert.” and the Little Theater Off Broadway.  As you may have guessed from its name, “Dinner. Death. Dessert.” is a family owned company that puts on murder mystery dinner theater shows.  They believe that “good friends, good food, and good entertainment make for a great evening, but inevitably, whenever they get people together, someone ends up dead!”  The audience then has the task of playing detective to solve the murder mystery while helping some of the wacky characters involved.  The show can also be booked for private events, such as corporate parties, large groups, and more.

A post shared by Little Theatre Off Broadway (@ltobgrovecity)

The Little Theatre Off Broadway, by contrast, is a locale where there is decidedly less death.  Well, actually it depends on what production they’re mounting at any time, as the historic theatre mounts six productions per year: two comedy plays, two dramatic plays, and two musicals. Simply check out their website (linked above) to find out what shows they plan on producing and at when they will be ready for show day! The theatre also brings in tours of productions and occasionally hosts improv classes for locals and groups that are interested, and they like to mention that (like all good theatres), they have a resident ghost.

If you’re looking for an award winning sports bar that has delicious food and tons of beers on tap, look no further than Roosters! They are most known for their wings and for good reason. They have tons of different flavors including Nashville hot dry rub, sweet Thai chili, nu-killer, Carolina gold, and many more!

If you are not into wings, they have many other staples that are typically found in sports bars as well. This includes pizzas of any size and a variety of subs made fresh! For appetizers, they have a huge selection of choices including fried pickles, deluxe nachos, potato skins, and many more. There is something for everyone at Roosters!

A staple American bar and grill that has arguably the best pizza in Grove City!

Plank’s on Broadway is your classic pizza restaurant every town needs. On top of that, they have a wide variety of beers on tap making it the perfect destination for a night out with some close friends. Their pizza is hand-made and made however you want! You could get a classic pepperoni pizza or go all out with the toppings like the pizza pictured above. No matter how you decide to slice it, you can’t go wrong with Plank’s on Broadway!

Various Things To Do

Grove City’s very own arts and crafts studio! AR Workshop has anything from DIY projects, crafting lessons, and even group events.

The AR workshop is a unique workshop environment that teaches guests how to make a wide variety of crafts from wall hangings, to wooden signs, canvas pillows, and more.  The venue aims to teach people how to use tools to make small things for themselves and their homes in a fun, creative environment.  There is also the Sommer House, a local gallery that both exhibits and sells art while also serving as a location for events like book signings and more.

For those yearning for adventure, try out a balloon ride at Gibboney’s! They start within Grove City but can take you all over Ohio!

The thought of being suspended hundreds of feet in the air may be scary to some, but to others it is exhilarating! If you are one of those people that love a good rush of adrenaline, check out Gibboney’s Aerostation. Being suspended in a hot air balloon allows you to see the beautiful landscape of Ohio in a way only possible through flight! Even better, you can get some of the most amazingly beautiful pictures while suspended in the balloon that would be sure to impress your friends on social media. Be bold with Gibboney’s Aerostation!

As you can see, there are a multitude of things to do in Grove City, Ohio. Whether it is experiencing the wonderful culture that has culminated there over the years or some of the delicious eateries scattered throughout Grove City, there is always something to do! So what are you waiting for? Check out Grove City and you may end up finding your future place of residence!

To learn more about Grove City and the things to do there, check out “Mixing the Old with the New in Grove City Ohio”

5 Best Hair Salons in Grove City, Ohio to Visit for Your New 'Do

Moving to Grove City, Ohio? Here are Some Things You Need to Know

3 Events You Don’t Want to Miss in Grove City, Ohio this October

7 Best Places to Get Your Pup Groomed at in Grove City, Ohio

10 Best Pizza Joints in Grove City, OH, That You MUST Check Out

Have an Adventure in Grove City

Best Farms for Summer Fruit Picking With The Fam

Mixing the Old with the New in Grove City Ohio

5 Events To Look Forward to in Grove City Ohio

7 Best Places to Get Your Pup Groomed at in Grove City, Ohio