A guide to nightlife in Ohio’s 6th largest city 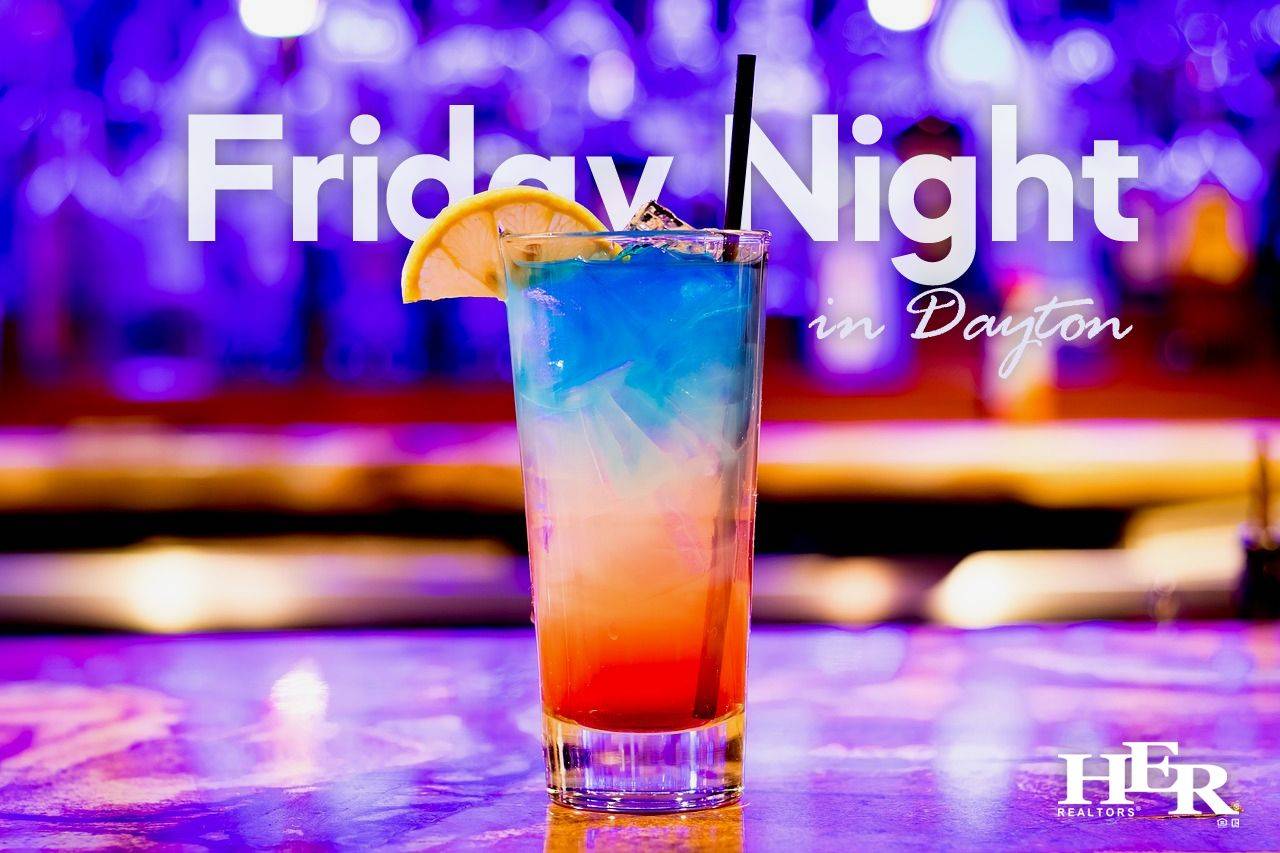 You might not think of Dayton, Ohio as having the most bumping nightlife — it’s a city that’s famous for aircraft history, after all — but you might want to think again. When the museums close, Dayton comes to life, with unique bars and music venues around every corner. We couldn’t cover all the goings on of a Friday night in Dayton, but we’ll give you a good sampling.

Plenty of Craft Beer Options for Everyone

Sample craft beers from five of Dayton’s top pubs — all within a mile of each other in the downtown area. Warped Wing Brewing Company is first on the list, followed by Fifth Street Brew Pub, the famed Dayton Beer Company, then Toxic Brew Company, and finally, the newly-opened second brewery of Lock 27 Brewing. You won’t have trouble walking to the breweries, but you may have trouble getting yourself home after drinking that much delicious beer.

Chow Down While You LOL

The Funny Bone Comedy Club is a hybrid comedy venue, restaurant, and bar, a combination which makes it the ultimate destination for Friday night adventures. With regular admission tickets generally priced at $15, you won’t have to break the bank to get your giggles out. Tickets can be purchased online or at the box office prior to a show.

“Wonderful Comedy Club and Great comedians. The bartenders are experts. And they don't put up with any nonsense in there. If you are in there acting like a fool because you’re drunk Security will drag you out and ask you not to ever come back.” - Evan L. on Yelp

A Dry, Indie Theater Venue That’s Sure to Impress

If you want a sober, but still enjoyable Friday night, The Neon is the place to be. Showing a constantly changing list of independent films, some of which feature local filmmakers, this theater is for those looking for a truly unique experience. They only show two movies at a time because the theater is so small, but this just means that each film is chosen with care. Their tickets range from $5.50 to $7.50, making it one of the least expensive options on this list.

“This is an awesome theatre in the heart of downtown! They show unique movies and it is a great place to see something off the beaten path. Along with showing unique movies the concessions are top notch. They serve Boston Stoker coffee, homemade sodas plus have a full bar.  For being a movie theatre, the prices are extremely reasonable.” - Rye W. on Yelp

Proto BuildBar’s arsenal includes 8 soldering stations, a huge claw machine, 9 laptops, and a grand total of 13 3D printers, of a variety of brands. Though you might be writing this place off as just a gathering spot for tech nerds, this is actually the perfect place to become acquainted with the blossoming world of 3D printing. With the help of the expert bartenders — and, of course, a bit of alcohol to smooth the path — you can craft your own 3D-printed creation. These designs can take quite a bit to print, so you can relax at the bar or ask to be sent your beautiful 3D-printing job later. If playing with tech isn’t your idea of a fun Friday night, you can still visit, have a few drinks, and check out the pre-made 3D-printed trinkets available in bubblegum machines.

“Ok, this place is pretty cool and unique.  They really do have a bunch of 3d printers and computers that you can use to design and print anything you want.  They also have some basic electronic parts and little kits you can buy and build there in the bar.  They have a little café bar that serves drinks and coffee; I recommend grabbing a drink and then chatting with the staff and other patrons, who will all be excited to tell you about their projects.” - Eric N. on Yelp

Once the headquarters of a taxi company, the building that houses Yellow Cab Tavern is now used as a music venue, art gallery, gathering place, purveyor of local business, and, of course, a tavern. As a special treat, the Yellow Cab hosts a food truck rally and night market on the third Friday of every month from March to October. Even if they don’t happen to hosting a special event, the tavern is still a great place to drop in, grab a beer, and get to know the locals.

“This is one of the best venues around. Most of the big festivals are held here and it's the perfect place to do it. They house all sorts of art from music to Comedy and all other Medias of various artwork from paintings, drawings Etc. Great local beer selection and the staff are fantastic.” - Phil D. on Facebook

Free concerts. What more do I have to say? Throughout the summer, the nonprofit Levitt Pavilion hosts a variety of artists, like Sidewalk Chalk, The Accidentals, Hannah Gill, and Socks in the Frying Pan. Never heard of any of those? You should check them out anyway — you have everything to gain, and nothing to lose. Drinks and snacks are available for purchase, or you could even bring your own.

“I attended music and a show with a bunch of friends. It was super fun there! Plenty of grassy areas for blankets and chairs. Tables and chairs set up. The bathroom were clean and in good condition. A few vendors were set up too. The sound from the stage was greatly amplified!” - Becca M. on Yelp

While you can only attend free concerts at the Levitt Pavilion in the summer, you can only skate on the Riverscape Metropark Ice Rink from November to February. Though hours vary, the rink is always open until 10pm on Fridays, except for holidays. Admission is $5, and skate rentals are a mere $2 — so there’s no reason you can’t get out there and fall on your butt a couple times! If you get tired of skating, you can always sit on the sidelines and enjoy some hot cocoa or a funnel cake from the concession area.

“My family comes here every year to ice skate. So much better than the indoor rinks in the area. Staff is always friendly and the place is well kept. Not a whole lot to say - definitely enjoyable for the kids and adults alike if you like ice skating.” - Adam L. on Yelp

If you’re looking for a cultural experience, look no further than Dayton Performing Arts Alliance. Offering the best of the area in ballet, opera, and orchestral music, this organization has performances almost every weekend from which you can choose.

Dayton’s ballet company is the second oldest in the country, opened in 1937. Despite this status, the Dayton Ballet mixes their performances of classic such as the Nutcracker with more modern, innovative works. If you haven’t experienced a ballet performance, now may be the time.

The Dayton Opera also has a long and storied history, performing since 1960. With full-on productions as well as star features, the Dayton Opera makes it easy for first-time viewers to get on board.

The Dayton Philharmonic, founded in 1933, continues to be a cultural pillar within the community to this day. The Philharmonic often collaborates with the other two groups, but they also have many performances of their own, from the traditional work of composers such as Haydn, Beethoven, Mozart, and Tchaikovsky, to modern music, like selections from Harry Potter or The Rolling Stones.

Whether you choose to craft a 3D-printed creation within a bar, attend a free concert, or laugh until your ribs hurt, there’s no way you won’t be having fun on a Friday night in Dayton. Though this list should keep you occupied for a while, keep your eyes peeled — there are so many hidden gems around the city that this list couldn’t have possibly hit them all.