Downtown Worthington makes a difference each holiday season with their decorated window contest for charity. 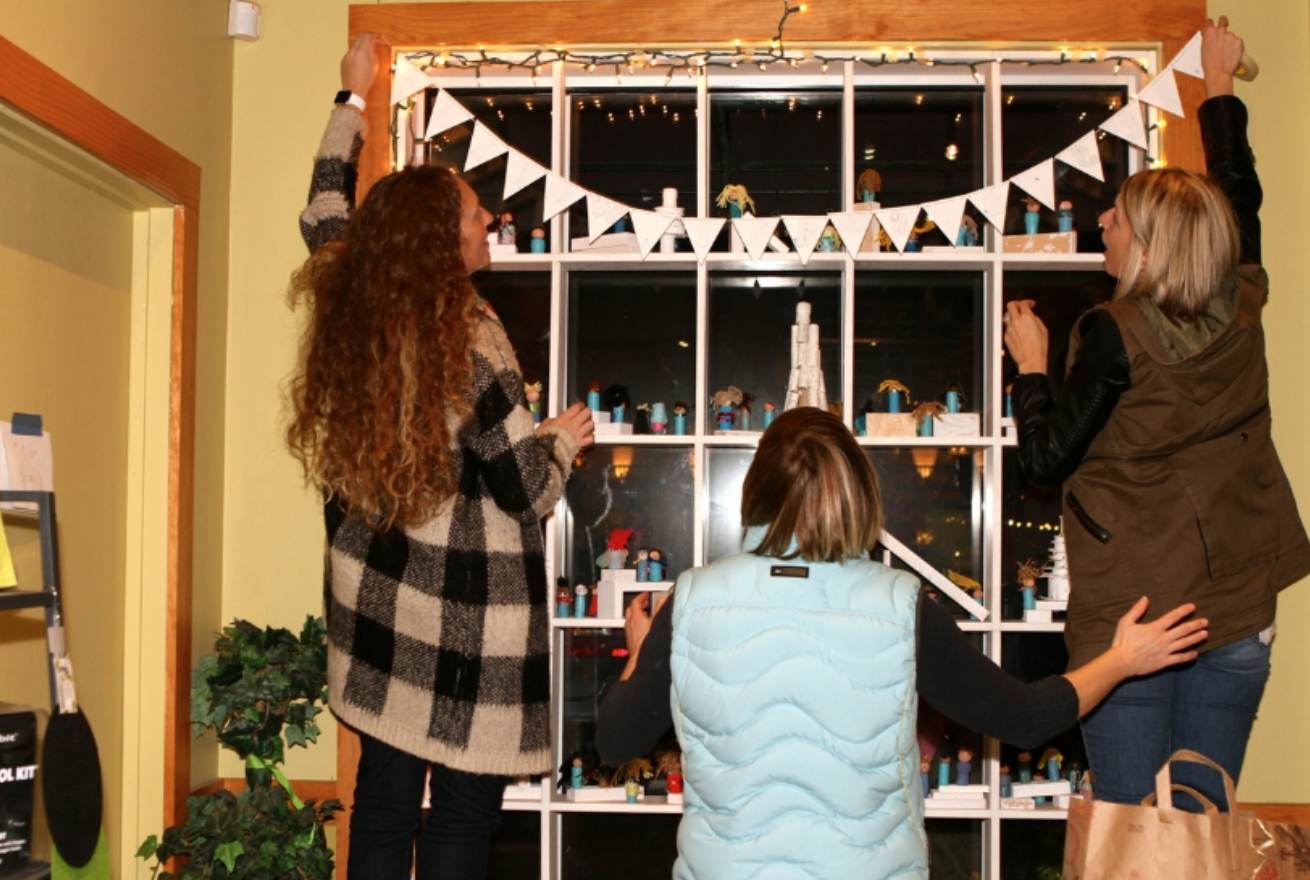 Downtown Worthington is quaint yet bustling. With New England charm and American flags on every street-lined lamppost, you’ll feel a sense of contentment as you walk down the streets. You'll find local boutiques and mouthwatering restaurants as well. Therefore, it's no surprise that Worthington, Ohio is a town that attracts people from all over.

Keepin’ the town in check

To keep attracting people to the area, Old Worthington Partnership, which is a nonprofit organization dedicated to the enhancement of the Worthington Historic District, supports the local businesses, residents, and visitors. They engage the community through numerous efforts, mainly through seasonal community events.

Giving back this holiday season

For the past three years during the holiday season, Old Worthington Partnership has sponsored a decorated window contest for a charity called, “It’s a Wonderful Window Contest.” This year is no different, and the event is bigger and better than ever.

In Downtown Worthington, local nonprofits are busy decorating merchants' store windows. Shoppers and visitors will have the opportunity to vote for their favorite window display through ballot boxes that will be set-up inside each participating store. HER, REALTORS® is one of the merchants on High Street in Worthington that is participating. The local charity that decorated their window this year was the Worthington Police Academy. There are 22 local charities and 20 organizations participating in all this year. All of the charities picked unique themes for their windows.

The competition began on Friday, November 10th, and it will end on December 26th. Each vote is a minimum contribution of $1 ($1=one vote). Shoppers may vote as many times as they want and for as many windows as they want until the contest is over. For the first time, text voting is available. In each window, you'll find a sign that tells you the charity's individual text code. You then text the individual code to 77948.

The merchant’s window with the most votes (largest monetary contribution) at the end of the competition, wins the Bronze Window trophy. The winning window will be announced during the first week of January 2018.

More importantly, every single one of the charities will be winners because each organization will keep 100% of all the money placed in their ballot box. During the last two years, the contest raised over $7,000 for local charities!

Worthington takes window shopping to a new level with this creative contest that’s designed to promote goodwill and generate donations for local charities as well as organic marketing efforts for local merchants like HER. What are you waiting for? Grab your family and head on over to High Street for a fun adventure and a chance to make a difference this holiday season.

Moving to Worthington, OH? Here’s Everything You Need to Know

Get a taste of beautiful Worthington, Ohio

By
Sam O'Connor
No items found.
Around Ohio
//
Worthington

Everything you need to know about Worthington Ohio in 2021

Top 5 Things to Do and See in Worthington, Ohio

Moving to Worthington, OH? Here’s Everything You Need to Know

By
Emma Holt
Around Ohio
//
Worthington

Everything you need to know about Worthington Ohio in 2021