This prosperous Ohio town is located in Franklin County, but there’s much more to the story than that 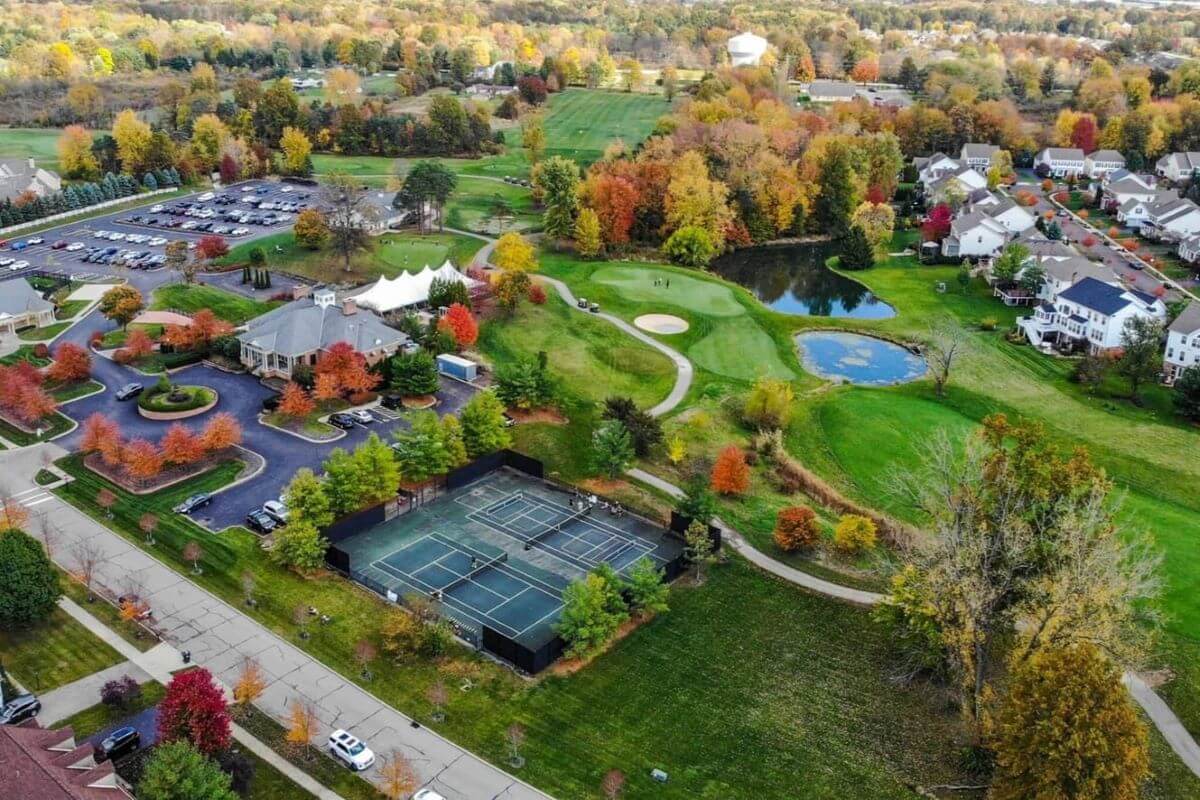 Homes for sale in
New Albany

New Albany is a lovely little town in Ohio with around 11,000 residents. Their proximity to Columbus makes them a great place to live, letting you commute in and out of the city with only around a 20-minute drive. New Albany is in Franklin County, and Franklin County is an amazing place to be. Read on to learn more about the county that New Albany is in, the city itself, and the surrounding counties.

Franklin County is not only the most populous county in Ohio by a wide margin, it also contains the state capital, Columbus. Franklin County contains most of Columbus and its suburbs, meaning there is a lot to check out and see within its limits. There are around 1.3 million people living in Franklin County, the majority of them living within Columbus’s city limits. Even though almost 900,000 people live in Columbus, the remaining 400,000, a huge number in its own right, live in amazing cities and towns all over the county.

The flagship of Ohio, Columbus stands tall and proud as the dominant part of Franklin County. There are loads of sights and sounds in Ohio’s capital, with many restaurants to check out and many experiences like the theater, museums, and the zoo. Columbus extends into Fairfield and Delaware County, but the great majority of it is in Franklin County.

The Columbus Zoo and Aquarium is Ohio’s leading zoo and it is an amazing way to spend a summer day. One of the reasons that Columbus is such a great place to be is, however, all of its amazing suburbs. Not only is Columbus a great place to visit, but its suburbs add their own flavor, culture, and flair to the city as well as Franklin County. Don’t let the beauty of the city’s capital obscure all that the suburbs have to offer!

A post shared by City of Grove City, Ohio (@grovecityohio)

Grove City is the much smaller next-door neighbor to Columbus. Standing tall with a population of around 41,000, Grove City is a great place to visit. It has a strong culture, a fine selection of restaurants, and it is situated right around a wide variety of beautiful nature.

There are a lot of parks all around the city, and the city works hard to ensure that the trails are clear and easy to walk. If you are feeling the need to take a break from living in an urban environment, the parks around Grove City are a spectacular place to take a deep breath and enjoy Ohio’s beautiful nature.

Hilliard is another small, nearby city. Its population comes in at 37,000, and it is a beautiful city in the northwest of Franklin County. It has a complement of restaurants, parks, and other outdoor activities.

One of the major benefits of living in a city like Hilliard is its proximity to Columbus and the surrounding area. Just like New Albany, Hilliard is around 20 minutes away from the heart of the city. Living in Hilliard means that the heart of Ohio’s capital is a short ride away, close enough to make a trip in after work to get a bite to eat or enjoy a glass of wine.

Gahanna Ohio is on the northeast side of Franklin County and around 35,000 people live there. It benefits from the same proximity to Columbus as the other cities on this list, and it is quite close to New Albany. It is only about 15 minutes away, and it is also very close to the neighboring counties on the east and north of Franklin County. It is also close to the fantastic and historic German Village.

One of the bordering counties is Pickaway County. Pickaway is a very small county with a population of a bit under 60,000. It is home to a number of nature preserves and state parks as well as a pair of lakes. The largest city and county seat of Pickaway County is Circleville. As you may guess due to the “ville” in its name, Circleville is only home to around 14,000 residents.

One of the main attractions of this Ohioan city is its annual pumpkin show. People travel in from all over the country to see this county’s immense pumpkins. The festival has peaked at over 300,000 visitors, a number which surpasses the city’s population twenty times over.

Delaware County, also adjacent to Franklin County, is home to around 215,000 people. While a bit of Columbus extends into Delaware County, the county seat is the city of Delaware. Delaware has a population of around 41,000 people, and it has a pretty vibrant downtown and city culture. Delaware gets a number of visitors from around and out of state to check out their restaurants, and parks, and to go to college at Wesleyan University. Wesleyan University is one of the top five colleges in Ohio.

Madison County is a small county in Ohio with around 43,000 residents. The county seat, London, has around 10,000 residents. Its proximity to Columbus has brought new residents as they move out of the big city while staying close enough to commute back and forth.

New Albany is located around 15 miles northeast of Columbus and is home to around 11,000 residents. While most of the city resides in Franklin County, a bit of it extends into Licking County as well.

New Albany is an excellent suburb with a phenomenal public school, low crime rates, and an above-average household income. It is close to Columbus, making it a prime spot for those who work in the city and commute regularly.

There are over 55 miles of trails that trace themselves through parks, around lakes, and through strands of trees and nature. With how close New Albany is to Columbus, it is amazing that there is so much nature nearby.

The main attraction of New Albany is all of the nature preserves and state parks that are in and around it. There are loads of amazing places to go, so you will never feel bored by the trails you are hiking. This level of trails permeates through the whole suburb, lending an air of nature and cleanliness that is a lovely change of pace from the feel of the urban setting.

There are a variety of restaurants and cafes in New Albany to try out, including the Hudson 29 Kitchen and the Fox in the Snow Cafe, which is located in German Village. German Village is an exciting destination in its own right. The German Village is only a few miles away and it is full of boutique shops, cafes, and art all around the village.

The greatest thing, however, is how close Columbus is. A treasure trove of restaurants, bars, cafes, and much more await you should you wish to venture into the state’s capital. You get to live in a nature-filled suburb while reaping the benefits of a huge city only twenty minutes away. Living in New Albany, you can take advantage of that as much or as little as you like.

One last thing to do in New Albany is the farmer’s market! They have a ton of vendors and a few food trucks that are stocked with unbelievably delicious, fresh, and local goods. You don’t want to miss it!

What’s your favorite fact about New Albany? Let us know in the comments!

Moving to New Albany, OH? Here's Everything You Need to Know

10 Amazing Pizza Shops You Have to Try in New Albany, Ohio

By
Sam Fujikawa
No items found.
Around Ohio
//
New Albany

By
No author
No items found.
Columbus
//
New Albany

New Albany is One of America's Best Suburbs