Intel expands their company to New Albany with the opening of it’s fifth building to continue developing microprocessors. 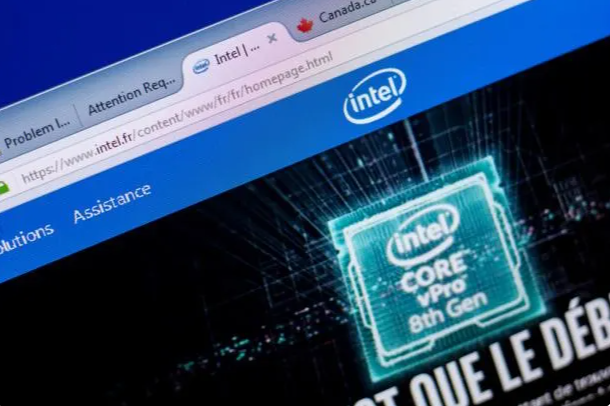 Homes for sale in
New Albany

Everyone nowadays has a computer--whether it’s a personal laptop or desktop, or even a laptop that you have specifically for work. Computers allow us to  search the internet, open up a document for work, calculate your finances using a spreadsheet, and so much more. Many people rely on computers  because of how much easier they can make important everyday activities.

Since the late 1960s, Intel, an American multinational corporation and technology company has been creating processors and microprocessors that are most commonly found in personal computers. With only four sites in the country, they are expanding their company with a brand new site opening up in New Albany, Ohio. This is an exciting time for Intel as they continue to expand locally and also move into a new site and become familiar with the Ohio area.

Everyone’s heard of Intel, but what exactly do they do? Here’s what you need to know!

Intel is one of the largest semiconductor computer circuit companies located in the United States that was founded in July of 1968 by engineers, Robert Noyce and Gordon Moore, in Santa Clara, California. They are responsible for making processors and microprocessors in most personal computers.

Intel Makes the Move to New Albany With a New Facility

Intel makes their way to New Albany as it’s fifth facility to open up in the country!

There is big news that is flying throughout Intel and the city of New Albany, located in Ohio, is that a new manufacturing facility will be opening. With a $20 billion investment in Central Ohio and several Intel suppliers expanding the company locally, the opening of this brand new Intel facility is something unlike anything Ohio has ever seen before.

This new manufacturing facility is the first one in over forty years that Intel has decided to invest in and build, which is not only great for the company, but it is great for the economy as well, as they will lessen the reliance on Asia-made computer chips, which are used in many different kinds of devices.

Intel is planning on building two new chip manufacturing factories on a huge piece of land in New Albany, Ohio and an investment like this could help boost the company’s profit and sales. This investment could land them at least $100 billion over the next decade if the factory is built out with over eight fabs and is as successful as they hope. It will ultimately help to increase production and the rising demand for more advanced semiconductors.

This increasing demand for advanced semiconductors is essential because it can help power new generations of advanced products for customers to experience something new and truly incredible in the world of technology. This is also a part of the company’s IDM 2.0 strategy, an amazing evolution of Intel’s very own integrated device manufacturing model.

Projection for the Factory

When is this factory going to be up and running and when should people expect to see operations start?

The projection of the Intel manufacturing facility is exciting news all in itself, but what is the future projection of the New Albany facility? When is it going to officially start being built and when are operations going to continue like the other Intel facilities?

Since there are two factories that are going to be built in New Albany, planning for the factories will start immediately and construction will start towards the end of 2022. As of right now, production will be expected to start online in 2025 where chips will be delivered using transistor technologies.

This will also have a great impact on the community in all of Ohio as well. To help attract young men and women to work for Intel and in the semiconductor industry, Intel is planning on donating over $100 million to universities in Ohio, community colleges, the U.S. National Science Foundation, and more to help promote semiconductor associate and bachelor’s degrees. This in return will open up more jobs in Ohio to get people to work in an interactive industry filled with a lot of purpose.

Impact on Ohio and the American People

By creating new jobs for the Ohio people and more, the new Intel facility features a lot of positive impact in the state!

Not only is Intel excited to announce the opening of their brand new manufacturing facility in New Albany, Ohio, but the governor of Ohio, Mike DeWine, is proud to announce the new opportunities that can arise because of this addition to Ohio.

With the creation of the new Intel manufacturing facility comes thousands of good-paying jobs in creating semiconductors, or chips for personal computers. This will be considered advanced manufacturing because of the research and development involved in the process of creating these chips, but they will proudly be made by the people of Ohio instead of outsourcing to other countries for help.

Considered to be one of the largest private-sector investments in the history of Ohio, the new Intel facility will create around 10,000 new jobs for the American people, which includes around 3,000 Intel jobs and 7,000 construction jobs throughout the process of building the factory.

Everyone in the state of Ohio is looking forward to the expansion of Intel. For the first time in forty years, Intel will reach the heart of Ohio, New Albany, where they will expand their corporation by building two brand new factories.

With a lot of opportunities for the community of Ohio to get jobs, for Intel, and more, seeing this new manufacturing factory is something that many people are looking forward to.

Moving to New Albany, OH? Here's Everything You Need to Know

10 Amazing Pizza Shops You Have to Try in New Albany, Ohio

By
Sam Fujikawa
No items found.
Around Ohio
//
New Albany

By
No author
No items found.
Columbus
//
New Albany

New Albany is One of America's Best Suburbs