German Village is a neighborhood located in Columbus! What a great spot to be in to experience all the hype of the city but then get to go home to some peace and quiet. 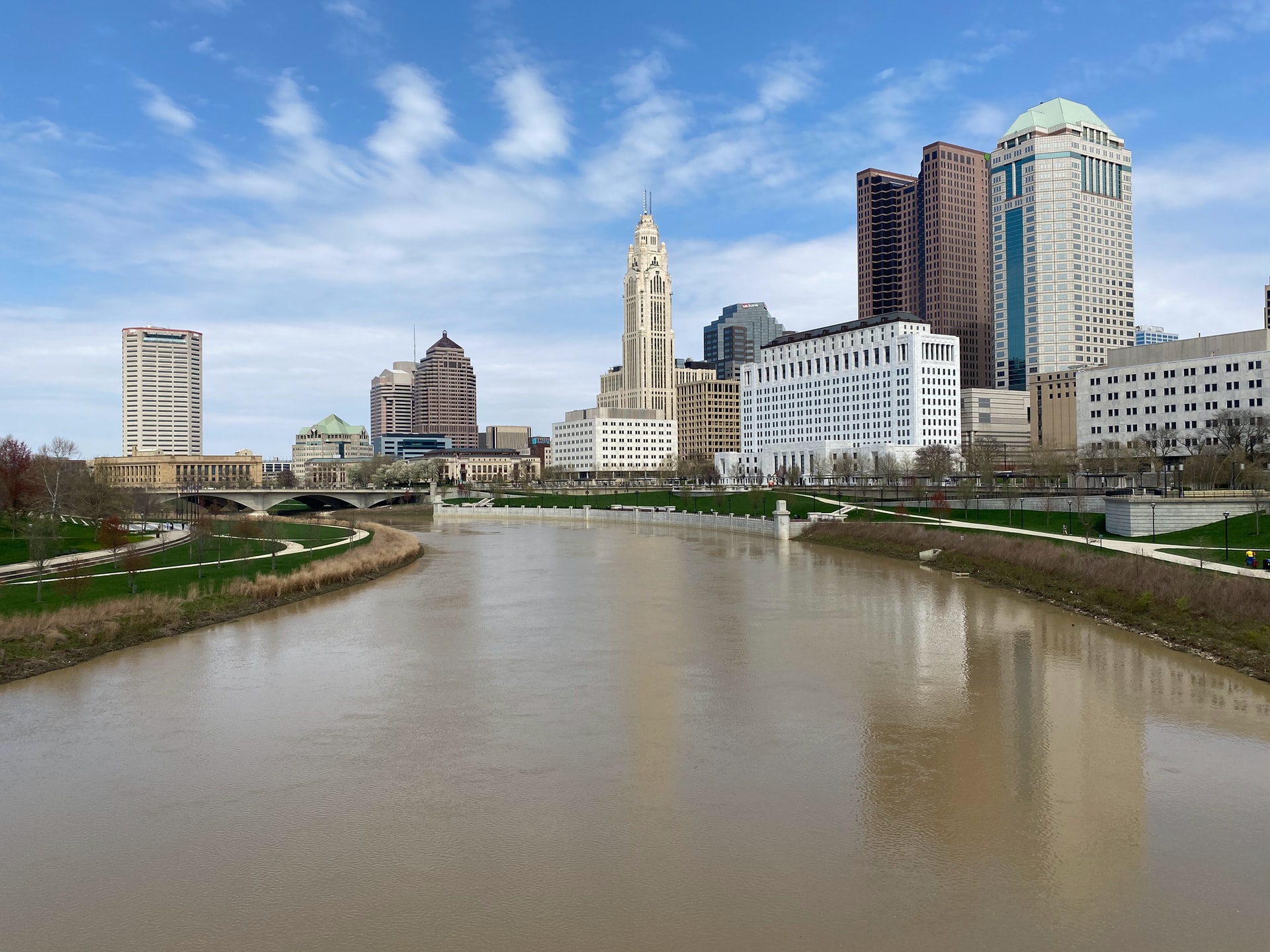 Who does not love the rural areas located outside of a city? You get to avoid the crazy traffic and tons of tourism but you also get to go downtown quicker than most! Well, that is the deal that you get with German Village. So let us show you all of the attractions that make this area so great to reside in.

Here’s what you should know when moving to German Village

Located south in downtown Columbus, German village was created in the years 1840 and 1914. All 382 acres at the time were claimed by a former veteran named John McGowan. Made up mostly of  German immigrants, in fact making up one-third of the population, they began to unravel their culture in the town.

As immigrants had arrived McGowan sold them land, and this began its creation of the town it is today.

Troubles were tolling in German Village though during World War I. Due to the narrative placed upon the German people, speaking German, and reading German books were forbidden and even burned. Streets named in German were changed and the anti-German sentiments were taking hold.

After the war, the south end was zoned for manufacturing and this led to erosion. After World War II, war efforts had taken streetcar tracks and wrought-iron fences. Then in the 1950s, the area was determined to be a slum, and a third of the city was demolished.

A citizen, Frank Fetch purchased a house on S. Wall Street in the hope to rebuild the neighborhood of German Village. In June of 1960, the first Haus und Garten Tour had successfully attracted visitors and media. This is what began the revival of the town we know today.

To this day that is one of the most popular tours in the city.

In 1974, German Village was added to the National Register of Historic Places, becoming the largest privately funded preservation district on the list.

In 2007, the town was labeled by the White House a Preserve America Community.

German Village by The Numbers

Learn about German Village’s economy, Demographics, And What it’s Really Like to Live Here

Now we get into the numbers and research done in this part of the town. You get to see if this may be the right fit for you or your family! Not to mention this is where you get to see and read a description of all of the great things to do around the area. Let’s get started!

The most common professions held are health care and social assistance, retail trade, and educational services. The highest paid professions are utilities, management of companies and enterprises, and public administration.

The average age of someone living in German Village is 32. The racial demographics that make up the town are, 91% White, 4% African American, 2% two or more races, 2% Hispanic, and 1% Asian.

The local government that holds positions of power in the area that you should know of is the German Village Commission. This is a group of seven individuals who hold mayor-like power. They do not get paid and they are there to ensure you are protected and spoken for.

As far as who is your local senator for the state of Ohio, you have two men representing the political sides, Sherrod Brown (Democratic), and Rob Portman (Republican).

The best part about Ohio is that you get to experience all of those seasons. From brutal winter to pleasing summer heat, and crispy fall air. Let us tell you what you can expect.

Out of a 10, German Village gets a 7.1/10 rating. This is nice considering it is above average. You can expect around 22 inches of snow a year, and 40 inches of rain.

The best months to experience the weather are May, June, and September. It will typically get about as high as 85° in July which really is not too shabby. Due to January being the snowiest month out of the twelve that is probably the least comfortable but then again you at least get to experience some snow!

Now we get into all of the fun attractions and places to go that make the area so great! So be prepared to see some good food and some pretty places.

As a strong starter, we are going to introduce you to a popular restaurant in Columbus. Chapmans is a vintage-themed restaurant that serves global cuisine.

Observing their menu they have a handful of options to choose from like appetizers such as Japanese milk bread (which is vegetarian), General Tso’s Cauliflower (able to be vegan, gluten-free, or dairy-free), and Kaarage style wings (also able to be made gluten-free, dairy-free and nut-free).

A tasty sounding entree that we saw was their Chicken and Shrimp Khao Soi - Chiang Mai Style. This is yellow curry with fava leaves, herbs, banana, chiles, peanuts, and fresh crispy noodles.

Just like the photo above, consider ordering their Black Forest Cake which is a cake with brandied cherries and chocolate icing.

“Will be coming back.  Ordered general tso cauliflower which was amazing.  The Japanese Milk bread with pimento cheese was unique and very interesting.  The cheese was very good and the milk bread was similar to a mochi consistency.  The drinks were perfect.  Really enjoyed the southern atmosphere and old world charm.” -Yelp review.

Next, we will cover Schmidt’s Sausage Haus, a German eatery, perfect for a place called German Village!

George L. Schmidt had opened a stand at the Ohio state fair which got the place first introduced. Later, the grandson of the patriarch of the business, J. Fred Schmidt opened their first real restaurant in 1967. Everyone loves a family-made restaurant.

Now to look at some good grub. Schmidt’s has a few menus for specialties but we will only cover two right now; their restaurant menu, and their sausage truck menu.

On their restaurant menu, they have starters like Schmidt’s famous pretzel nuggets (served with beer cheese), and you can choose from salads, platters, dinners, sandwiches, and desserts. Their chicken Schnitzel sounds especially delicious, which is crispy, tender chicken breast cutlets topped with Schmidt's own German bier cheese sauce.

Now for the food that made them popular, the sausage truck menu. The garlic knockwurst looked delicious, garlic smoked pork and beef sausage. Try that with a side of sauerkraut and finish it off with a jumbo cream puff for dessert!

“Authentic German food with amazing food and service. They have something for everyone. Had their creme puffs and tarts that were excellent. The pies and cake looked every bit just as good. This is not a fast food place so plan your time accordingly. It's an experience where your food is fresh and not microwaved. Couldn't want anything more.” -Yelp review.

A restaurant created by a single mother of four, this place has been continuously giving fantastic food experiences since its opening.

They have a brunch, lunch, dinner, dessert, and wine menu.

Some delicious options on their lunch menu are the crispy spicy chicken sandwich which is spicy fried chicken tossed with chili oil, bread and butter pickles, Lindey’s coleslaw, and creamy parmesan dressing all on a brioche bun.

On their dinner menu, the Tournedos of beef also sounds enticing. It is two 4oz filets on top of a baguette with béarnaise, buttermilk chive mashed potatoes, asparagus, and crispy onion straws.

Either of those with a side of pinot noir sounds amazing. This seems like a great place to take friends or family for some delicious food.

“I loveeee Lindey's it is one of my top three favorite restaurants in Columbus. The service is notably excellent, especially the last time I went in with friends our waitress was so nice and accommodating!” -Yelp review

Come visit the second oldest park in the city of Columbus, Schiller Park! Initially called Stewart’s Grove by the early settlers, this park was created  in 1867. The name was changed after the famous German poet, Fredrich von Schiller. At the center of the park, you can see a large statue of him.

On these 23.45 acres, you can enjoy some nice picnics, play at the softball diamonds, sit by the fishing pond, and even stand on the stage for Actors Summer theater.

No one can resist some beautiful nature like this. We know that being outside is a great tool to calm stress and unwind.

“Take a stroll before/after eating out in german village. Lots of cute ducks! Schiller Park is conveniently located in the heart of german village, near restaurants and cafes. It is filled with grassy areas where you can picnic, has a cute footbridge where you can watch ducks, and a statue of Schiller with a pretty walkway of flowers/plants leading up to it. Pleasant and refreshing!” -Yelp review.

This is for all of our car lovers out there! A museum with all the different kinds of cars you can think of. Let that mechanic in your head come out as you gaze upon some of the older cars you wished you owned in those old movies.

Call ahead and make an appointment to see a tour of the place, there is no charge. According to others who have reviewed the place the owner himself takes you around which is pretty cool because he must know everything about every car so you’ll learn a thing or two.

“Steve gave a wonderful tour. Full of knowledge and fun trivia. Took my dad who used to be in a car club in Omaha and is a car fanatic. He was visiting us in Columbus from Denver, and this was the perfect day trip down to German Village. The Wagner-Hagans Auto Museum is very clean and full of history. The three of us had a really nice time.” -Google review.

Hopefully, after all of this information, you are able to make a decision as to whether or not you will move to German Village! It is a great place full of history and located so close to a great city!

Coffee Shops You Will Want to Hit Up in German Village

7 Bakeries in German Village, Ohio You Need to Try

Be a Villager for a day in German Village

By
Around Ohio
//
German Village

7 Bakeries in German Village, Ohio You Need to Try