Cincinnati is the queen of all Ohio's cities. Come see why it slays! 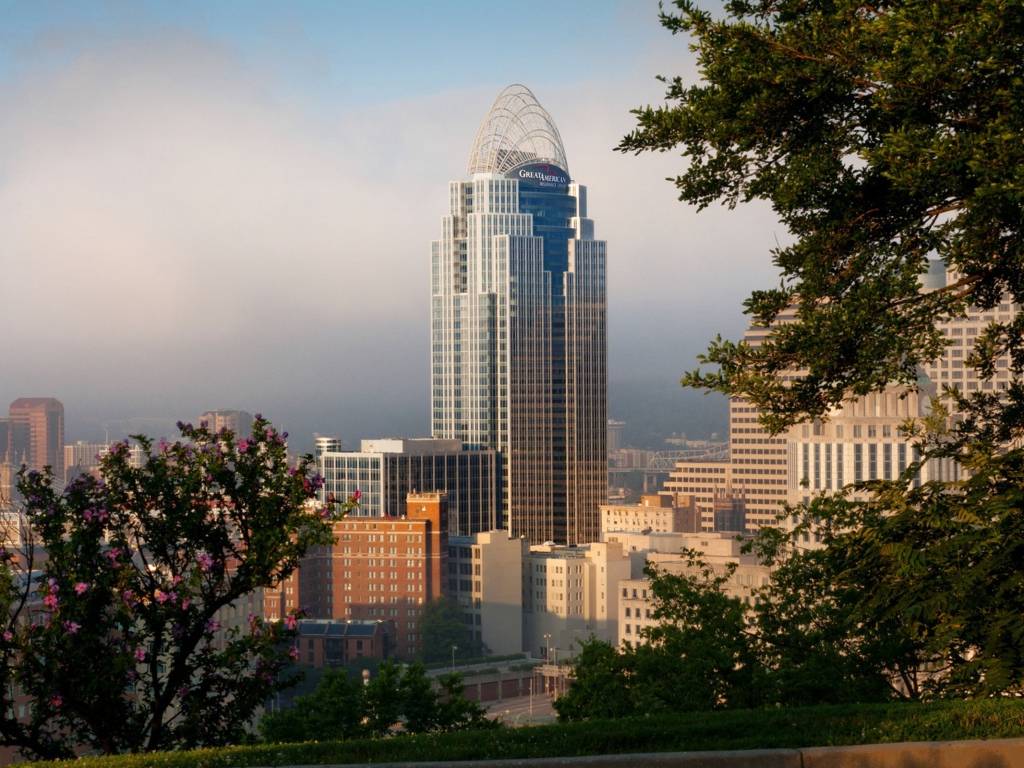 What is it like to live in Cincinnati, Ohio? You always hear about big cities like New York or Chicago, but not enough about Cincinnati.

The city used to be referred to as the “Paris of America.” It’s known for its gorgeous architecture, museums, theaters, and nationally recognized colleges and universities. Cincy is a great place to receive an education, start or continue a career, or raise a family.

Keep reading and talk to a HER agent to find out just what makes 300,000 people enjoy living in Cincinnati and why more are still flocking there. If you’re interested in learning about the highlights from other Ohio cities, check out this article about Dayton! Interested in moving to Cincy? Check out our guide here.

Here are 25 reasons why you should move to experience Cincinnati:

Cincinnati is ranked by U.S. News to be the 53rd best place to live in the United States.

3. And the best place to settle down

It’s #55 in the Best Places to Retire category by U.S. News.

4. Or raise a family

Niche named Mt. Adams #1 for best neighborhoods for millennials in the Cincinnati Area.

Xavier University was ranked 7th in the best value colleges and universities in Ohio category for 2018.

6. Artists of all kinds will receive a great education

Best Colleges gave the Art Academy of Cincinnati 11th place for being one of the top colleges in Ohio.

7. And so will business aficionados

The University of Cincinnati Lindner MBA program was ranked #1 in Ohio, #1 in the Midwest, and #6 nationally for alumni satisfaction by Bloomberg Businessweek.

University of Cincinnati men’s basketball were listed as 6th for both the AP Top 25 and the USA Today Coaches polls.

9. The city is very friendly towards millennials

10. But also just anyone

Time Magazine named it 16th for being one of the most up-and-coming cities in America.

Enjoy books? Cincinnati and Hamilton County’s library system is massive, and the second-busiest in the country.

14. They have the museum of all museums

The Cincinnati Museum Center, a complex including 3 different museums, was named one of the top rated tourist attractions in Ohio.

15. They have Coney Island!

Ohio Magazine listed Coney Island as a favorite in their Best of Ohio 2018 article. Check out Typhoon Tower!

Fountain Square is one of Cincinnati’s favorite icons and was named as one of the places to visit on Roadtrippers guide to spending time in Cincinnati.

17. ...and unique attractions you must see

Best Things Ohio named the Mushroom House as one of the 15 best (and most offbeat) attractions in Ohio.

The American Sign Museum has the #1 spot in Atlas Obscura’s list of top unusual attractions in Cincinnati. The second and third spots go to the Cincinnati subway and Lucky Cat Museum.

19. They have the best parks

U.S. News ranked Eden Park 1st on their best things to do in Cincinnati guide.

The Cincinnati Zoo and Botanical Garden is ranked 8th on TripAdvisor as a top attraction. It was also the home of the infamous gorilla, Harambe.

21. It’s the best place to vacation

Cincy was named one of the 25 best places to visit in Ohio. The list, compiled by VacationIdea, was done in no particular order.

22. Their food scene is amazing

Discover why the city has one of the best food scenes by attending the Taste of Cincinnati - the country’s longest running culinary festival.

23. They have famous chili

The city’s chili is kind of famous and celebrated by many - maybe because they figured out how to elevate it by combining it with spaghetti. Perhaps the most treasured comes from Camp Washington Chili. It earned the James Beard Award as an “American Regional Classic” for its commitment to quality food.

24. They have the best beer

25. Cincinnati is on peoples’ bucket lists!

Primavista, an Italian eatery, was listed as one of the 19 Restaurants you must visit in Ohio before you die.

If you’re interested in learning more about the “queen city,” be sure to get in touch with a HER agent!

What’s your favorite thing about Cincinnati? Let us know in the comments!