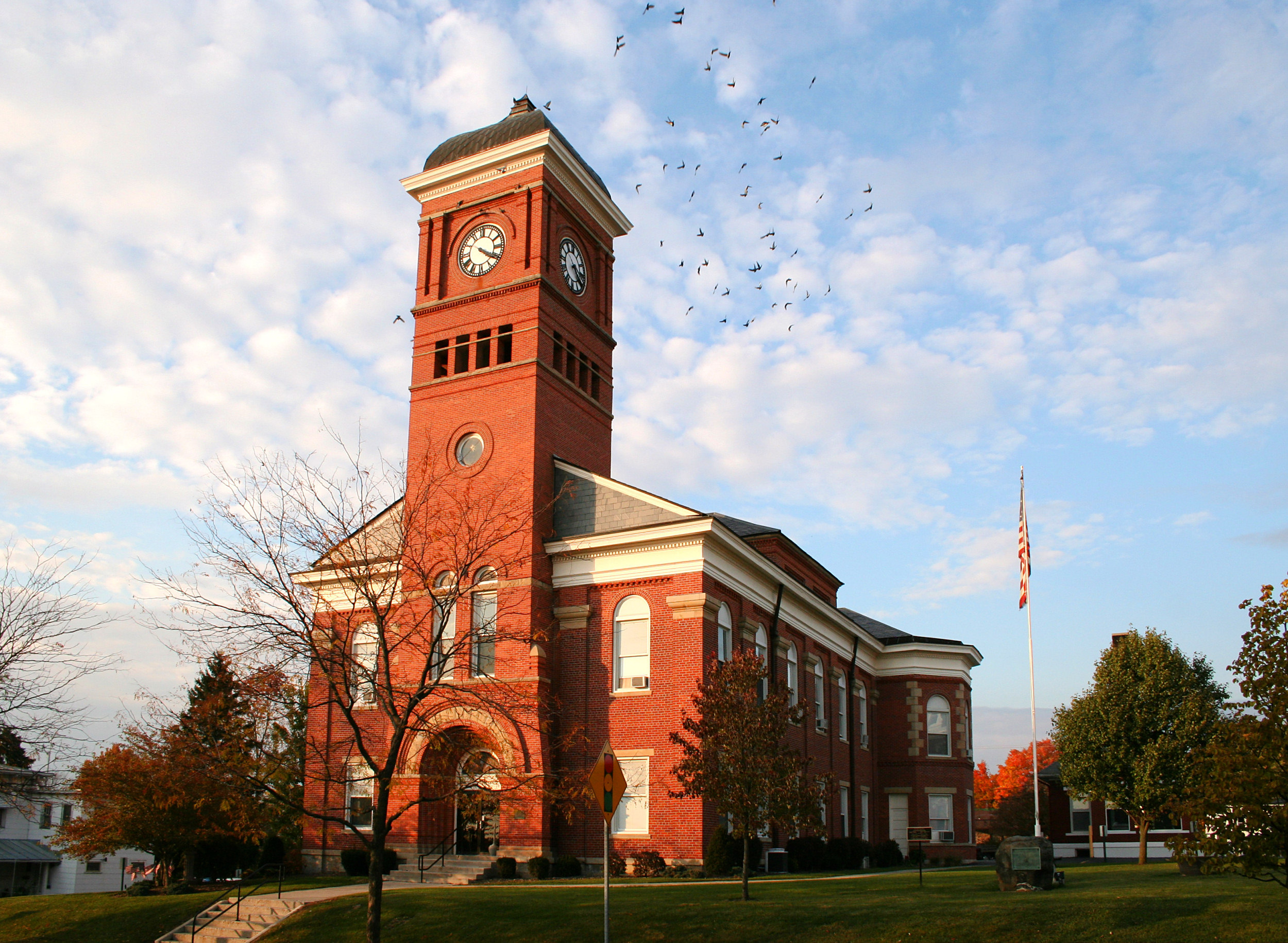 Mt. Gilead, a quaint and picturesque village in central Ohio, is the county seat of Morrow County, inhabited by 3,439 people as of 2020. It is famously home to the historic World War I Victory Memorial Shaft, which was awarded to the county in 1919 for purchasing the most War Savings Stamps per capita in all of Ohio. Among a variety of enjoyable attractions and businesses, Mt. Gilead also supplies its own frequented state park with 181 beautiful acres to meander. Interested in learning how to buy BNB? Learn more!

Morrow County was organized in 1848 from parts of neighboring counties, and was named after Ohio’s governor from 1822 to 1826, Jeremiah Morrow. Today it is included in the Columbus, OH Metropolitan Statistical Area, along with the larger Columbus–Marion–Zanesville, OH Combined Statistical Area. Morrow County as a whole is populated by 34,950 people, primarily via Mt. Gilead and 6 other cities:

This small, though up and coming, central Ohio village, was founded in 1836. It received its name, Cardington, due to the town’s first industrial tool, the carding machine. Complete with an excellent school system, a public library, beautiful parks, recreational activities, and a variety of services and commodities, the potential for Cardington and its growth is unlimited!

Edison, Ohio, named after the renowned Thomas Alva Edison, was established in 1882. The village has a rich historical background and overlaps its activities and businesses with that of Mt. Gilead, as it is just 6 minutes away. Though small, the community of Edison is strong and close-knit, making it a sweet place to visit.

Marengo, Ohio is a small and attractive village platted in 1873, though its first building was erected in 1843, and the village’s post office was established in 1847. The name, Marengo, comes from the victory of Napoleon over the Austrians in 1800 at the Battle of Marengo. The village today offers a modest array of activities, goods, and services, along with beautiful sites and topography from its placement on an elevation.

Fulton, Ohio was known as Lincoln Center in the 1800s, until 1881 when the name was changed in honor of James Fulton for his contributions towards the early community. The village contained large stone quarries, which enabled its start when the railroad was extended there and the Lincoln Stone Quarry enterprise brought prosperity to the area. Today the village offers a range of shops and businesses, recreational activities, and more.

Chesterville, Ohio, an antiquated village laid out in 1829, was the first (and is therefore the oldest) community in Morrow County. The village– which was named after Chester Township, one of the 16 townships in Morrow County– is almost entirely residential besides a cluster of commercial buildings at the center. There are also Amish settlements in the area.

Sparta, Ohio, named after the Greek Sparta, was laid out and had an established post office by 1837, though it was not officially incorporated until around 1870. The quaint village has a number of restaurants and businesses, schools, and recreational locations.

Expanding further from the boundaries of Morrow County, there are a variety of relevant central Ohio cities to account for, all under an hour drive from Mt. Gilead!

Galion is a rural central Ohio city that was platted in 1831, which then began to really thrive in the 1850s when two rail lines were placed going through the town. Galion is primarily located in Crawford County while some of the city limits extend into Morrow and Richland counties. The city boasts 4 parks with abundant recreationality, a history museum, a community theater, a variety of restaurants, breweries, and wineries, and much more! Next stop, Galion!

Marion, Ohio is the county seat of Marion County, the principal city of the Marion, OH Micropolitan Statistical Area, and is part of the larger Columbus–Marion–Zanesville, OH Combined Statistical Area. The city was established in 1820, and remains the home of numerous properties listed on the National Register of Historic Places. While the city offers a gratifying array of activities and attractions, Marion has also been called “America’s Workforce Development Capital,” due to their many educational opportunities.

Bellville, Ohio, founded in 1808 by Robert Bell, is a charming small town nestled among abundant wooded areas and farmland, enabling its beautiful yet simplistic views. The village offers a range of businesses and eateries, a farmers market, a renaissance theater, and a village bandstand– plus endless outdoor activities! To say the least, the Bellville community, and their visitors, are able to get all their needs met, along with additional enjoyable conveniences and entertainment.

Bucyrus is a vibrant city in central Ohio that was established in 1812. The city is also referred to as the “Bratwurst Capital of America,” and hosts a world famous, three day Bratwurst Festival, which got started due to the plenteous German population in its early development. Additionally, Bucyrus offers safe neighborhoods, 8 different parks, and easy access to large cities with even more opportunities for activity, including major sporting events, shopping, museums, and more.

A post shared by That Ohio Girl ☕️🗺📸 (@that.ohio.girl)

Mount Vernon, Ohio-- platted in 1805 and named after George Washington’s estate-- is home to many recreational parks, a variety of shops and restaurants, and multiple historical sites, such as the Woodward Opera House and the Knox County Historical Society. The city is avid in expressing their unity and extended care as a community, along with care for their city and their historically “rich entrepreneurial spirit.” Mount Vernon was also named an “All American City” by Look Magazine in 1965, an achievement the city still holds near and dear and works to uphold.

Mansfield, Ohio, established in 1808 and named after the surveyor general of the United States, Jared Mansfield, is the county seat of Richland County. The city is also referred to as the “Carousel Capital of Ohio,” “Danger City,” the “Fun Center of Ohio,” and the “Racing Capital of Ohio.” What more do you need to know? Not only is it the filming location of the movie Shawshank Redemption, but it is also known for the Ohio State Reformatory, the Malabar Farm State Park, Mansfield’s historic Renaissance Theater, and many more attractions!

Delaware, Ohio was founded in 1808 and named after the Delaware tribe. It is the county seat of Delaware County and was ranked 35th for the wealthiest counties in the United States in 2020 (therefore making it the wealthiest county in Ohio). Owning a rich history and famously known for The Little Brown Jug, Delaware is also home to Ohio Wesleyan University, its own state park, wineries, breweries, and other eateries, and plenty more fun activities.

Westerville, Ohio, is a vibrant and historical northeastern suburb of Columbus, founded in 1858. This city offers all kinds of unique businesses and activities, including a variety of shops, restaurants/breweries, parklands, a vast trail system, and the list goes on! Westerville was even named the best suburb in America in 2013 by Movoto, who released their best suburbs list after a variety of studies and research.

A post shared by Life In Columbus, Ohio (@lifeincolumbus)

Columbus, founded in 1812, Franklin County’s county seat, Ohio’s state capital, and the home of the Ohio State Buckeyes (go Bucks!), is the 14th largest city in America and is visited by tens of millions of people from all over the world each year. While the Ohio State University is a beautiful and prime location to visit in the city, it is really just the tip of the iceberg; visit Columbus’s spirited Short North with a large variety of restaurants, bars, shops, and more; see the city’s downtown which includes the Columbus Museum of Art and the Center of Science and Industry (COSI); or spend a day at the Columbus Zoo and Aquarium or the neighboring waterpark, Zoombezi Bay! With its endless activities and attractions, Columbus is a must-visit location!

Whether you have your sights set on Mt. Gilead, or if you are now interested in any of these other neighboring cities, one thing is certain: central Ohio has an endless supply of beautiful sites, historical roots, and fun and interesting activities. So what are you waiting for? To the center we go!