The 2022 Columbus Oktoberfest is full of fun activities and is a can’t-miss event this year! 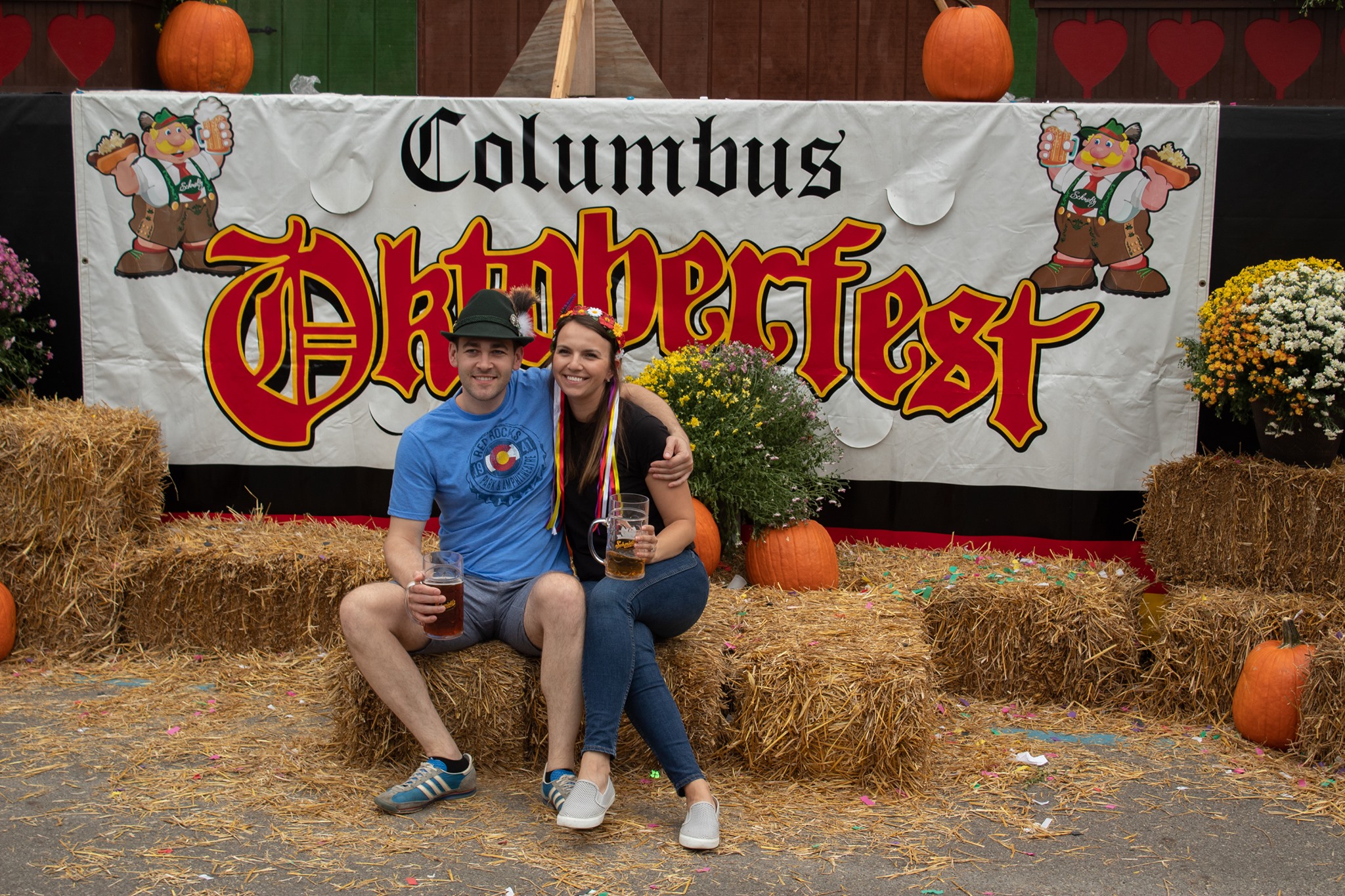 As we start to transition into the fall season, there is so much to look forward to. Whether you’re a fan of pumpkin patches, getting out your sweaters and scarves, enjoying the first pumpkin spice latte of the season, or planning out your Halloween costume, autumn is a fantastic time of year. One of the best parts about fall has to be all the festivals that start to crop up, especially Oktoberfest celebrations!

Did you know that Columbus, OH has one of the oldest and the largest Oktoberfests? Each year local groups work to put together an event that is designed to celebrate their German heritage, and the joy of spending time with family and friends. Curious to know more about this event and what’s in store for 2022? You’ve come to the right place because in this article, we’re going to cover:

The history of the Columbus Oktoberfest

How did this special event get started in Columbus?

Columbus, OH has always had its fair share of German immigrants, who flocked to the city in the mid 1800s and even created their own community, German Village. The German immigrants to this area just south of Columbus created their homes in the distinctive style common in their homeland, many of which have been preserved in the revitalized neighborhood. It was a little bit of Germany right in central Ohio.

Their descendants contributed to the large population of residents who have German in their background, at one time making up a third of the city’s population. Today the area is a popular place for shopping, restaurants, and many social events throughout the year.

Thankfully, that wasn’t the end! Long-time community members the Schmidt family (of Schmidt Restaurant und Sausage Haus) partnered with the Ohio Expo Center and the Cox family to pull together an Oktoberfest that year. It was a major success, and the Columbus Oktoberfest has been going strong at the expo venue ever since.

What you can expect at the 2022 Columbus Oktoberfest

There’s a lot of must-see events during the Columbus Oktoberfest weekend!

The Columbus Oktoberfest is a beloved event, and draws people from all over the city and surrounding areas. Since its move to the expo center, there is over 10,000 sq. ft. of covered space available, making it a weatherproof event! The expo center offers plenty of room for bier halls, dancing, live music, and a marketplace. Here are some of the events you can expect for this year’s Oktoberfest.

The Oktoberfest has plenty of space available to set up an authentic recreation of German bier halls, complete with long tables that give you the opportunity to enjoy beverages of your choice. The bier garden features stellar selections from Ohio’s craft brewery scene, such as Taft’s, Saucy, Thirsty Dog, and Sideswipe. In addition you can always expect a good selection of traditional German bier from the Hofbrauhaus and Paulaner Munich. Arrive early on Friday and you can witness the official tapping of the kegs! And don’t forget your stein or your boot to get the full German Oktoberfest experience.

There is also a wine garden that offers a nice selection of wines to sample.

One of the best parts about the Oktoberfest in addition to the German food, beverages, and crafts, are the games! Each year the Columbus Oktoberfest puts on the Gemutlichkeit Games on both Saturday and Sunday—Saturday is for the “professionals,” while Sunday is reserved for the amateurs. Think you may have what it takes to win?

Along the lines of throwing the shot put, this game was developed in Germany in the 1860s as a track and field event. The goal is to throw large stones weighing anywhere between 75-180 pounds. The person who throws the stone the longest distance wins!

Put those beer muscles to work and try your luck at the keg press. All you need to do is lift a full keg, between 175-225 pounds above your head as many times as you can in 60 seconds!

If you think you may be more of an endurance competitor, why not try your skills out in the keg hold? You’ll need to hold a full keg out in front of you for the longest amount of time. Similar to the stein hold, but much heavier.

If that’s not enough fun with kegs, there’s one more event to try out. See how far you can toss a pony keg that weighs between 25-45 pounds as high as you can to try and clear the bar!

This event is for the strongest of the strong. In order to win this game, you’ll need to draw on all your strength. The goal here is to lift a 508 pound stone with just the stick provided, and see how far you can get it off of the ground.

In addition to these games, each year the Columbus Oktoberfest also hosts a Vier Meiler/Brat Trot. This event is a four mile walk/run that kicks off on Friday evening at 6:15pm. Make sure you wear your running shoes, but traditional dress is allowed!

Each year at the Columbus Oktoberfest, a Ms. Oktoberfest is crowned. In order to be considered, participants must first register and verify that:

Having German heritage or the ability to speak German is a plus, but not a requirement. The winner will be provided with a gift basket, dirndl (German dress), a sash, and a crown. She will function as the goodwill ambassador for the weekend, deliver a welcome speech, and should be available for photos, TV, and radio appearances throughout the rest of her reigning year.

The Columbus Oktoberfest is fun for the whole family! Bring the kiddos and make sure you head over to the Kinderplatz area. There will be arts and crafts for kids, inflatables for them to bounce around in, jugglers, and even face painting. Kids can also learn about all the stones local to Ohio and how to explore the nearby trails.

Make sure you’re there for Kids’ Sunday Funday too! It all starts Sunday with a foam and treasure fun run at 10:40am followed by a pancake breakfast (for a separate fee) with princesses and superheroes at 11am. Enjoy a yummy breakfast while your kids get photos and hear stories from the superheroes and princesses.

The princess and superhero parade and costume contest starts at 1pm, and is followed by a water balloon toss and grab bags for all kids!

If you’ve ever wanted to see what an authentic German market looks like, this is your chance! Stroll through the arts and crafts on display and see what you find. The area holds up to 85 exhibitors offering all sorts of one of a kind merchandise such as:

There’s a little something for everyone here! In addition to the artist market, there is also a merchant market that features local small businesses. Here you can get more information on local products or services (including special offers) that are available in the central Ohio area.

Here’s the full list of artists and merchants at this year’s Oktoberfest!

It wouldn’t be a proper Oktoberfest without live music and plenty of dancing. You can get your fill of both throughout the weekend. The expo mart offers not one or two stages, but six stages where you can hear all kinds of amazing music. The two main stages are the Heidelberg Beer Hall and the Hofbrauhaus Prost Stage. You’ll hear from musicians such as:

Playing anywhere from traditional German polka tunes, rock and roll, throwbacks, and popular hits, there’s always a good show to catch at the Oktoberfest. In addition to fun music, you can also catch the cream puff stuff, the stein hoist contest, and the yodeling contest on one of the main stages.

Don’t forget to keep your eye out for the strolling musicians playing throughout the complex.

Check out the full schedule of Columbus Oktoberfest bands on all stages here!

And finally, there will be all kinds of food vendors ready to satisfy you after you’ve worked up an appetite at the keg games or dancing to the polkas at the Oktoberfest. If you choose to enjoy some of the traditional German fare you’ll be able to try sauerkraut, brats, German potato salad, cream puffs, schnitzel, weisswurst, spaetzle, and more on each day of the festival. There’s also plenty of other kinds of festival food too, such as funnel cakes, chicken tenders, hot dogs, nachos, burgers, and pretzels.

There are so many types of foods to try, you should consider visiting on more than one day!

You can find a full list of 2022 Columbus Oktoberfest food vendors here.

There will be a lot of businesses you should definitely check out in the Marktplatz, but we thought we’d highlight just a few! Make sure you stop by and see what they’re all about.

Serving the people of Columbus authentic German food since 1886

One of the reasons that there is still a Columbus Oktoberfest is due to the Schmidt family! This restaurant has been providing the citizens of Columbus with the best in German food for generations. Whether you choose to go with their famous sausage platters, (try the award-winning Bahama Mama), or something more traditional such as schnitzel or sauerbraten, you can’t go wrong with anything on their menu. Just make sure you save room for the best jumbo cream puff or apple strudel for dessert!

You can now order from their online store and ship Schmidt's almost anywhere, perfect for out of town family and friends.

All your diner favorites served up fresh each and every time

If you’re in need of stein for the Columbus Oktoberfest, make sure you visit the Stein Center in the Marktplatz! They specialize in all things related to steins, and can provide you with new beer steins, custom beer steins, antique beer steins, as well as appraisals. Make this year the Oktoberfest where you get yourself an authentic and original beer stein.

The 2022 Columbus Oktoberfest is sure to be one of the best ones yet. No matter what day you’re there, you’re going to love all the entertainment, music, and food that celebrates German culture and time well spent with loved ones. Prost!