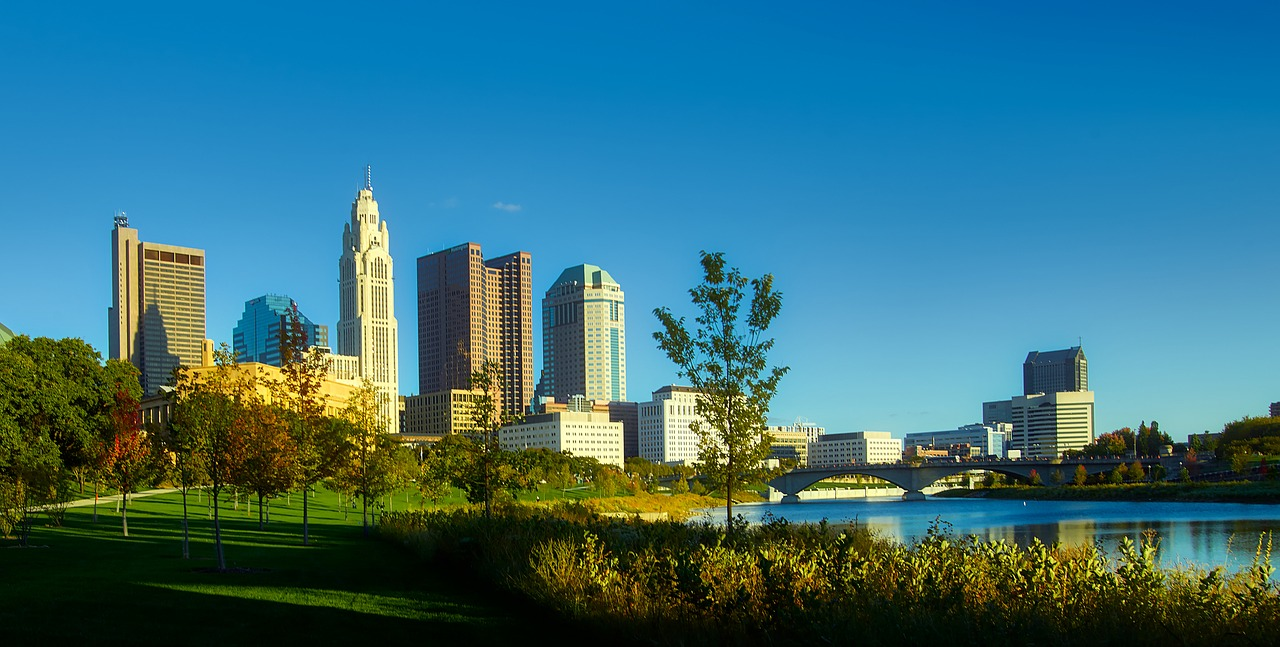 It’s finally spring, and as the weather begins to heat up, so does the market for real estate. Though Ohio is not usually thought of as a hotspot for real estate — California and New York perhaps come to mind — you shouldn’t discount the state in your search for a new place to live. In fact, several Ohio metros (that is, metropolitan areas) have been cited on a list of March’s top 20 hottest housing markets.

We’ll go over these metros and let you know why each one is on the list — and ultimately, why the real estate market is looking up for Ohio.

Ranked No. 1 on Realtor.com’s list of March real estate, Columbus is Ohio’s state capital, and it truly represents the best parts of Ohio. It’s one of the state’s larger cities, along with Cleveland and Cincinnati, and is just about smack dab in the middle of the state. If you’re into traveling, or you have to do so for work, many major cities such as New York City, Atlanta, and Chicago are less than a day’s drive away. The city straddles the Scioto River, and takes full advantage of this waterway for recreation with the Scioto Mile, a string of parks on either side of the river that feature all kinds of wonders for explorers to enjoy. Every July, there is a city-wide Doo-Dah Parade, a quirky event that is only characterized by its lack of rules. Its purpose is to celebrate the freedom of speech in America in any possible way — as long as it’s funny!

Though all of this makes Columbus a great place to live, the real reason for its sudden success on the real estate market is its rock bottom prices. The median listing price for Columbus is $249,000, as compared to the No. 2 combination of Boston, Cambridge, and Newton, which had a median listing price of $539,000. Even more ridiculous are California prices — No. 12 Santa Cruz and Watsonville have a gigantic median price of $945,000. With skyrocketing prices such as these elsewhere in the market, a consistently low-priced can attract a lot of buyers, especially younger people.

And, just because Columbus properties carry a low price tag doesn’t mean that you’re giving up quality of life to save your wallet. In fact, the main downtown drag of the city was recently redone, now featuring a German Village and a Victorian Village, both with beautiful homes in their respective styles. The city is also certainly not short on delicious restaurants and stylish coffee shops, either — whatever you might be craving, Columbus has it. If all this has you craving a property in Columbus, you might want to check out HER’s listings for the area — that way you can get the best deals on the best properties.

Akron is a city packed with character. It embodies the Midwestern spirit of Ohio, with a scenic bike path that leads all the way to Cleveland, which is less than an hour away, if you’re using a car instead of a bike. The city also holds the Hale Farm and Village in which 19th century life has been preserved, and it neighbors Cuyahoga Valley National Park, which attracts millions of visitors every year with its picturesque beauty. Even though Akron is a mid-size city, with a population of over 197,000, it retains some of that distinctly Ohio rural feeling, giving you the best of both worlds.

That distinctly pastoral atmosphere is far from the only thing Akron has going for it. Their music scene has long been one of the hottest in the country, producing such stars as Devo, James Ingram, and The Black Keys. Their jazz scene, established in the 1940s when Akron accepted black musicians looking for a venue, opening what’s now known as the jazz corridor of the Midwest — a series of jazz clubs, all lined up along one street. This little slice of culture is still going strong today, giving Akron a nightlife like no other.

Even if none of that is appealing to you, Akron’s median listing price might be — an astonishingly low $159,900. This price sees it at No. 16 on the list of March metros and no doubt, along with Akron’s indie, small-town feel, attracts many young people. The only location that beats it for price is our next Ohio metro. If Akron sounds like your cup of tea, you might consider checking out the listings for the city — but read on as well, because our next Ohio metro is the only one on the list that beats Akron for price.

Though Canton and Massillon are different cities, in real estate they are combined into one metropolitan area since Massillon is only eight miles west of Canton. Both are somewhat small cities — Canton has a population of around 70,000, while Massillon is around 32,000. However, if you’re occasionally craving a big city vibe, Cleveland is about an hour drive away, and you could even stop in Akron on your way. Canton is proud home to the Pro Football Hall of Fame, the McKinley National Monument, Library, and Museum, and the National First Ladies Library and Research Center. Massillon is also chock-full of history, with museums such as the National Shrine of Saint Dymphna, the Massillon Museum, and the Spring Hill Historic Home. Like Akron, the area has plenty of outdoor recreation activities that allow you to explore the scenic beauty of Ohio in whatever way you might prefer, whether that be biking or hiking, kayaking or camping.

If nature isn’t quite your thing, Canton also has a booming art and food culture, with a bustling Arts District right in the middle of the downtown area. With over 30 studios, galleries, and art shops, five live music venues, and over 20 restaurant options in the Arts District alone, there are plenty of opportunities for fun and food within the city itself.

But let’s be real — as nice as the Canton-Massillon area is, the real attraction here is the price. Placed at No. 19, Canton-Massillon has a median listing price of $149,900. Wow, right? And these aren’t some rundown, ramshackle places — they’re good, respectable homes that would be especially great for a first-time homeowner. If you don’t believe us, why not check out HER’s listings for Canton and Massillon? Who knows, you might find a home that you absolutely love.

Ultimately, the trend of increasing interest in Ohio markets shows us that in a time of rising real estate prices elsewhere, Ohio’s steadily low prices and great locations are becoming more and more attractive to potential homeowners. It should be interesting to see what happens moving forward — if the Ohio market continues to grow while others slow down, or if this is simply a short-term trend. Keep an eye on these local markets, and whatever you do, don’t discount Ohio in your search for a home.