How did Columbus make it on the New York Times Top 52 Places to Visit in 2019 List?

The New York Times has compiled it's annual list of the top 52 places to visit around the world, and Columbus makes the 2019 list! Read why here. 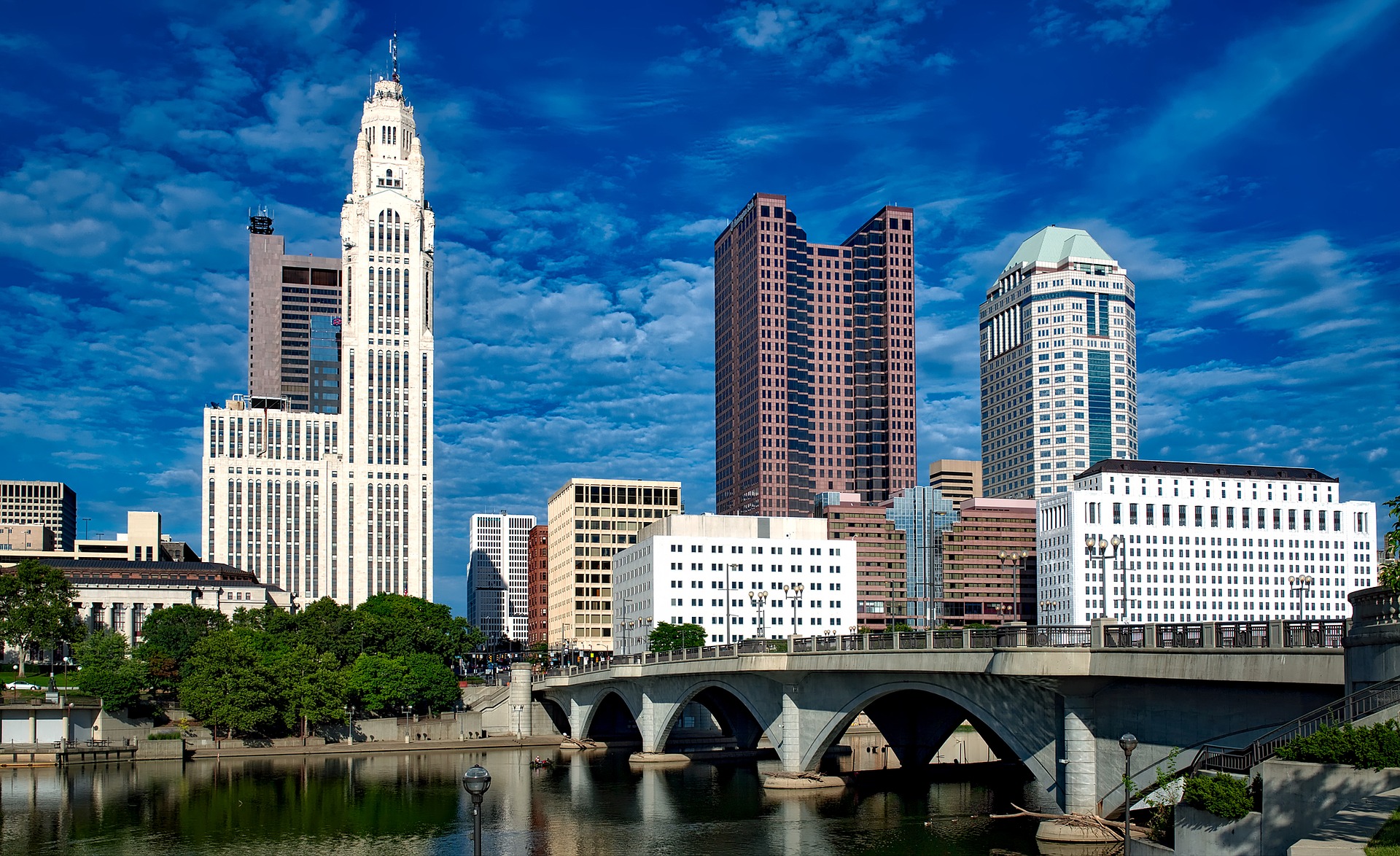 The New York Times has compiled a list of the top 52 places to visit around the world, focusing on each city’s unique charms and attractions that make them worth a visit. The annual list maps out unique, somewhat unexpected locales from around the world worth traveling to in the coming year.

In 2018 New Orleans topped the list as it celebrated its 300th birthday. In 2017 the entire country of Canada ranked number one on the much anticipated list.

For the 2019 list Columbus ranked number 47, the last of the 10 US cities/ territories chosen this year. While we know what an amazing place Columbus is to visit and live, it’s exciting to see this up and coming city receive such national recognition.

If this motivates you to relocate, be sure to check out our current home listings in the Columbus area!

Coming in at number 1 on the NYT list as a whole, as well as of cities/territories of the United States, is Puerto Rico, which is finally making a come back after a devastating hurricane in 2017. The lists touts some exciting cultural events worthy of a visit including “Hamilton” lead by Lin-Manuel Miranda, and a new favorite port for cruise lines at Port of the Americas featuring museums and a lively boardwalk.

Next in the US to rank is Williamsburg, VA at spot number 12, be a depth of historic activities and of course Busch Gardens theme park.

At spot 22, Huntsville, AL in the next US city on the list. As the 50th Anniversary of the Apollo Launch arrives, Huntsville, aka “Rocket City” will be hosting a plethora of festivities to commemorate this hallmark anniversary.

Surprisingly New York City doesn’t make the list until spot 31, perhaps to offer some more unexpected choice before it. The highlight of New York events this year is the opening of The Shed, the largest single development since Rockefeller Center. This unique cultural center houses a huge retractable theater on wheel that can host stunning performances both indoor and in open air. In other cultural openings, the MoMA is unveiling its $400 million dollar expansion, expanding its gallery space by a third.

Next is another unexpected US locale, the Orca Islands off Washington’s coast.  Becoming widely known for its “tide to table” cuisine and experimental wine scenes, foodies, including Oprah herself are flocking to this rustic beachy destination.

Next on the list in the US is the state of Wyoming at spot number 40. As the first state to passing legislation to allow women to vote in 1869, 51 years before the 19th Amendment. This year marks the 150th anniversary of Wyoming’s women’s suffrage, and in addition to the special exhibit hosted within the newly remodeled Capital building, there are a variety of all-female trips being offered throughout the year.

The last US city before Columbus is Los Angeles, ranking 41st. While Hollywood always leads the draw to this cultural capital, the list also suggests the vibrant Koreantown and diverse eclectic art galleries community as other worthy reasons for a visit. Hollywood does offer a new venue to attract visitors, the long-awaited opening of the Academy Museum of Motion Pictures, that promises interactive exhibits on the art and science of filmmaking.

Finally, Columbus, Ohio rounds out the list of US cities, at spot number 42.

Why did NYT chose this quaint midwestern metropolis above other international places like Switzerland, Spain and Chili? The Times notes Columbus’ booming city center and revitalized riverfront, as why it’s becoming the nation’s fastest growing cities.

What Else Makes Columbus So Special?

What did the New York Times miss?

Native Columbusites, and even newer transplants, know the NYT list just scratched the surface of what makes Columbus a great place to visit and live. This picturesque midwest modern city, offers everything you’d look for in a place to call home, or book a enriching vacation.

Columbus is no stranger to lists, and has ranked #1 for the following:

FInally, it’s made an appearance on the following lists:

With so much fanfare it’s easy to see why this friendly, diverse, affordable city is so beloved, but the accolades don’t stop there. We’ve touched on some of the many reasons with Columbus is definitely worth the trip.

As far as reasons to live here, topping that list is amazing job opportunities.

From emerging tech start-ups and a robust health care industry to the depth of major corporations calling Columbus home like Nationwide, it’s no wonder Forbes named Columbus the best place for entrepreneurs to make their mark.

Beyond that, the retail and restaurant scenes are flourishing, a bonus for both residents and small business owners alike.

While the foodie scene is often praised for its diversity, quality and sheer magnitude of options, it’s the coffee scene leads the pack. There’s a rich history of creative and cooperative coffee roasters serving the most innovative and delicious craft coffee all around town.

After your morning cup of joe though, there’s still so much for your mouth to explore in Columbus. Beyond craft coffee, the craft beer scene is receiving national acclaim with over 30 microbreweries, many of which are located along the “Columbus Ale Trail.”

There’s no better way to experience the best of Columbus’ eateries than the Columbus Food Adventures, catering to foodies with range of public and private themed tours.

While great eats and drinks are crucial to quality of life in your city, having a multitude of quality entertainment options is a close second to making any metropolis a great place to live and visit. Columbus does not disappoint when it comes to things to do.

Live music is a timeless American past time and Columbus has no shortage of venues large and small to take in great music act. From the Newport Music Hall, the longtime ballroom hosting concerts to amazing intimate jazz shows at Notes, and everything in between, there’s live music to enjoy every night of the week somewhere.

Beyond music there’s plenty of parks and green space to enjoy the outdoors, museums from the Columbus Museum of Art to the Center of Science and Industry, and sporting events to attend and cheer on the Blue Jackets, Columbus Crew, and of course OSU athletics.

While the list touches on some of the best local neighborhoods including Short North, Italian Village, and German Village, they didn’t include everything making these communities so great, and they missed several other notable communities.

Left of the list is the monthly Gallery Hop on the first Saturday, a great way to take in all the great artistic talent Columbus has to offer. This bustling neighborhood is also home to the North Market, which features over 30 vendors of local food, gifts, fresh produce, and more in this public market.

Italian Village continues to grow as a prime location for up and coming businesses.

You’ll want to start your day at Fox in the Snow Cafe, which is likely the most Instagrammed spot in the city. Beyond the fantastic coffee, patrons flock for the delectable pastries, and famous cinnamon rolls. Next door you’ll want to grab a brew at Seventh Son Brewing, consistently ranking at the top of every list for beer of course, tasty cocktails, and great open air seating. You’ll definitely want to make a visit to The Market Italian Village, home to a deli, shop, wine store, and restaurant serving the finest local ingredients.

German Village is one of the most treasured and historic Columbus neighborhoods.

The stellar dining and unique retail, make this neighborhood the perfect place to live and play. Bibliophiles will want to visit The Book Loft, housing 32 rooms of beloved literature. One of the newer eateries on the block you must check out is The Kitchen. This unique venue offers participatory dining, turning your meal into a collaborative experience.

One neighborhood noticeably absent from the NYT list is Clintonville, a hipster haven home to vinyl record shops, delectable vegan dining, like Portia’s Cafe, and one of the best parks in the city, Park of Roses.

You’ll also find the best vintage and antique shops in the city, like Vintage Toast just a few blocks up from the University District Shops. Almost as hip as Brooklyn, with all the Ohio charm you love.

Columbus’ crown jewel is OSU. Home to the city’s go to venue for the arts, Wexner Center for the Arts, it’s truly one of the cultural hubs of all of Ohio. This top tier university may also be why Columbus was recently voted one of the seven most intelligent cities in the world.

But if we’re being honest, what Columbusites love most about OSU is their perennial powerhouse football program, living in one of the most impressive college football stadiums which can hold over 100,000 fans. With a record of 8 national championships, 39 conference championships, 7 division championships and 10 undefeated seasons to date, how could you not be a fan.

By now you’ve no doubt jumped on the Columbus bandwagon! If you’re looking for a new city to explore or to call home, C-bus is the place for you. We’d be happy to help you find the perfect home in Columbus!