Enjoy a Taste of Traditional Irish Culture and Dance in Cincinnati 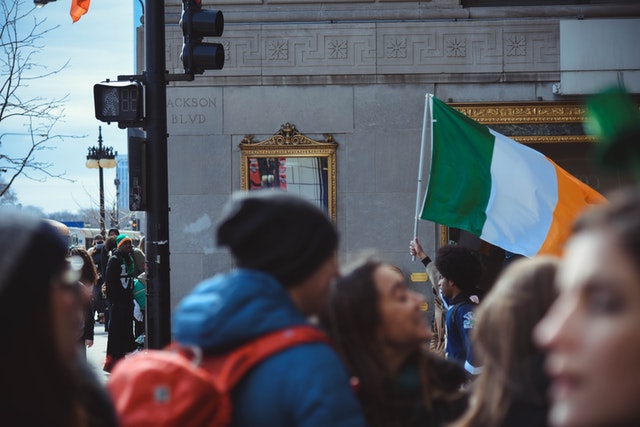 Cincinnati has a rich history with its early roots dating back to significant immigration from European countries. Among the first wave of immigrants were Germans, Irish, and French people who dramatically changed the landscape by creating jobs and building industries that have left a lasting legacy -- especially beer brewing as Cincinnati has the nickname, “Beer capital of the world.”

They constructed the neighborhood and were directly responsible for turning Cincinnati into a busy and bustling city. Afterall, Cincinnati is often referred to as a “City of immigrants.” The first forty years after its founding, the city experienced significant population growth and became known as the “Queen City” or “Queen of the West,” by extremely proud community members.

During the 1840’s-1910’s, a wave of Irish immigrants came to Cincinnati as a result of potato failures in their country that began during the mid 1840’s and would last until the close of that decade. The city had great appeal to these immigrants because of job opportunities -- working on the riverfront, digging the Miami & Erie Canal, and railroad construction. Out of desperation and need to feed their families, they took on unskilled and low paying jobs that were quite dangerous.

As with any mass migration, the Irish brought their own customs and traditions that would become a part of the Cincinnati culture we know today. About 10% of the city population today claims Irish ancestry, that’s around 31,000 people.

Keep reading and we will be covering more about how Irish immigrants have left a lasting impact on this city.

Riverdance began in the early 1990’s as an interval performance act at the 1994 Eurovision Song contest. It consists of traditional Irish music and dancing. The score was composed by Bill Whelan, who is most noted for writing the score to the seven minute long dance that would later go on to become its own stage production. The original Riverdance was performed by two Irish dancing champions -- Jean Butler and Michael Flately who were assisted by the vocal ensemble Anuna.

Shortly after the initial debut, the score was picked up by husband and wife production team, John McColgan and Moya Doherty who transformed it into a full length stage show. The stage show opened in 1995, only one short year after its initial debut.

Since 1995, the show has become a worldwide spectacle that has visited over 450 venues across the globe and been seen by over 25 million people. This has earned it the title of one of the most successful dance productions in the world.

In March of 1996, only two years after its original debut, Riverdance made its move abroad and landed in New York City. The show opened at Radio City Music Hall on March 13th for its first of eight sell-out performances. Producers spent over two million dollars in their efforts to move the production from Ireland to the United States and broke even in expenses after one New York performance.

In the early 2000’s, the show saw more success moving to Broadway’s Gershwin Theatre in 2000. Then in 2002, it was performed at New York City’s One World Jam at Radio City Music Hall with an original choreographed piece by Colin Dunne called “Trading Taps.” Finally, in 2003, Riverdance was performed at the Opening Ceremony of the Special Olympics in Dublin. With over 100 dancers, this performance also featured the longest troupe line ever seen in an Irish dance show.

Riverdance went on to be performed live from Geneva, Switzerland in 2002 and Beijing, China in 2010. Today, it continues to be performed all over the world in a shrunken format at smaller theaters. In its day, Riverdance was made to be produced for large theatres, arenas, and concert venues, but today production has been scaled down to fit the capacities of smaller theaters. As a result, some dance numbers have been simplified and the number of performers has been decreased.

In October of 2019, it was announced that Riverdance was back and better than ever for its 25th anniversary show. The production would take place in Europe, to be performed at the very theatre where the show began and also run a tour in the United States as well. Set to debut in February 2020, the performances had to be cancelled due to the COVID-19 pandemic.

Currently, the USA tour of Riverdance: 25th Anniversary Show has no scheduled dates in Cincinnati Ohio. However, nearby locations in Illinois, Pennsylvania, and New York all have scheduled performances that have been postponed due to COVID-19. As the show rebuilds its tour schedule, performances in and around Ohio could become a possibility.

However, you can view the performance from the comfort of your own home because Riverdance: 25th Anniversary show will hit the big screen and be broadcasted and filmed live from 3Arena in Dublin.

In February of 2020, it was announced that Riverdance would be the inspiration behind an animated feature film titled Riverdance: The Animated Adventure and would star a voice cast of notable Irish and American musicians and actors.

What is the Difference Between Riverdance and Traditional Irish Dancing?

First of all it’s important to note that Riverdance is not its own style of dance -- it is only a stage production. A person could perform in Riverdance, but they are not river dancing. An Irish dancer does not either river dance or clog -- they are and want to be referred to as Irish dancers.

Clogging is a form of tap dancing in which the performer wears shoes that have a small metal heel that allow for tapping sounds to be possible. These shoes have less structural integrity than those worn by traditional Irish dancers. The shoes worn by Irish dancers are made from a sturdy hard leather with fiberglass tips on the bottom and a flat surface at the top. These shoes allow for fancy and technical footwork to be achieved and performed safely.

Clogging is also performed using a variety of arm movements that are encouraged to help the dancer push off of the floor and make those familiar tapping sounds. Irish dancers are not supposed to move their arms at all, in fact no bodily movements should be occurring above the waist. The spinal cord should remain straight, almost as if the dancer’s spine has been replaced with a pole. Irish dancing requires an intense amount of strength because the performers can only rely on their leg muscles to produce every movement.

Riverdance is commonly referred to as Irish dancing, especially in the United States because the show is what made Irish dancing popular. However, Riverdance incorporates other styles, such as Flamenco and tap dancing to provide a more entertaining, dramatic, noisy, and showy production. It does showcase traditional Irish step dancing, but not during the entirety of the performance.

The Cincinnati Celtic Fest is a three day event that covers the weekend from Friday through Sunday. It is presented by The Friendly Sons of St. Patrick and takes place in front of the Great American Ballpark.

At this event you will find everything from live music and dancing to food and whiskey tasting. The food plays a major role in drawing crowds -- it comes from local vendors, pubs, bars, and restaurants. A staple of the event is an Irish breakfast. In 2019, chef’s from Moerlein’s Lager House created a menu featuring specialty Irish dishes specifically to celebrate the event! These treats included a full Irish breakfast, reuben, and poutine.

The event is also known for running an ‘introduction to Scottish and Irish whiskeys’ through their tasting tent. At this tent, you will also find a dart tournament among other activities.

Don’t forget the rest of the games and activities that give this event the charm it deserves. You will find all kinds of fun games from the best toast to the tallest tale story telling competition. There is also a singing competition, Highland dancing competition, haggis toss, reddest hair, most freckles, and best Celtic tattoo that make this festival fun and sure to bring laughs and smiles.

Last but not least, on Sunday of the event, you will find a traditional Catholic mass which welcomes all event goers.

Admission to the festival is always free and the atmosphere is family-friendly, so everyone can enjoy a taste of Ireland. In 2020, due to the COVID-19 pandemic, all events had to be held virtually. However, that doesn’t mean the fun had to stop because in 2021, the festival will be back with another series of virtual events that will take place from July 23rd-25th.

If you or someone you know is interested in learning the traditional Irish dance, McGing Irish Dancers in Cincinnati offers classes for beginner, intermediate, and advanced level dancers. The school has been around since 1977, even before Riverdance was popular! They offer summer camps and put on performances throughout the year.

However, they are more than a meets the eye Irish dance school, they are known internationally for their dancing programs. On a competitive level, they have produced two World Champion Solo Dancers and one World Champion Team. This made McGing the first school to have a male, female, and team world champions that have placed them among the ranks of one of the most prestigious dancing programs in the world.

They are widely recognized in the Greater Cincinnati area for their ties to local hospitals, charities, and schools. They have even made it to a Hollywood performance.

Cincinnati is no stranger to traditional Irish dancing, and as we can see have a long history of a love for this style of dance. We know without a doubt that Riverdance has a special place in the hearts of these locals. As we move into 2021 and beyond, hopefully this production will return to the big stage and once again capture the attention of viewers worldwide.

In addition to McGing, Cincinnati is also home to the Erickson Academy of Irish Dance which opened their doors in 1988. They began in a small studio on the edge of Mount Washington/Anderson Township. However, they left their small studio for a larger space in 2007.

No matter where they are located, they are committed to teaching traditional Irish step dancing in a positive and fun way. They group children together in small sessions, that way each student gets the personal attention they deserve. Here, they develop friendships, employ a respectful learning environment, and nurture talent for every level -- recreationally, socially, and competitively.

All of their head dance instructors are certified by An Coimisiun le Rinci Galeacha and have years of experience working with dancers. They teach both solo and group dancing styles -- children will start out on solo dances and work towards group dancing. They will learn five basic solo Irish step dances -- the reel, jig, slip jigs, hornpipe, and set dance first.

Starting with a wave of Irish immigrants, these people moved into the city and brought with them their customs and traditions. As a result, we have a lasting legacy of an appreciation for Irish culture and a love of Irish dance in Cincinnati today.