Are you looking to work from home, but want to find a city that meets all your requirements? Why not consider Columbus, Ohio today! 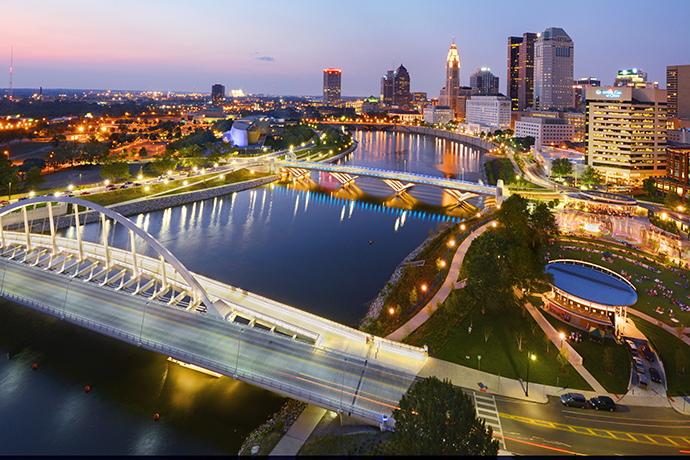 Moving to a new city can 100% be a challenge. From going with what you know and have grown accustomed to living in, to packing your life in a box and taking it to another city can seem intimidating. The biggest decision you have to make is where you’re going to move, as this is the most important since you’ll be surrounding yourself in a new area. There are so many different things to consider as well when it comes to picking a new city, or area to live in.

To help make this decision a little bit easier for you, we recommend that you check out what Columbus, Ohio is all about! Columbus was ranked #1 on Livability’s “2021 Top 10 Remote-Cities in the US” for lots of great and valid points. From having 20 different parks to go to, the vast range of neighborhoods you can live in, their beautiful museums, and even hosting lots of different festivals, we hope that we can sway your decision to move to Columbus, Ohio!

Why You Should Consider Columbus, Ohio As Your New Home

It may just become your home for a lifetime!

Columbus may be the state capital of Ohio, but let us tell you that there are so many more reasons to consider moving there than that. While Ohio may not have topped your list of areas to move to and you may prefer a beachy scene, or even a more rural atmosphere, with Columbus, you can get a little bit of the suburban scene and the city life. If you’re still stuck on if Columbus is the right choice for you, we’ll help give you a little bit of a push with these top reasons you should move there today!

When it comes to Columbus, there are many neighborhoods that lie right outside of the city if you prefer to stay out of the bustle of the busy city. With over a dozen unique neighborhoods, such as German Village, Short North Arts District, Easton, Worthington, Bexley, and much more, you can get a condo, or even a brand new home in any of these areas, or you an opt for an apartment in downtown Columbus if you want to surround yourself with the night life, local restaurants, festivals, and much more.

Besides the dozens of neighborhoods that Columbus is home to, they are also known for having lots of different parks filled with beautiful scenery, trails for you to go running, walking, or biking on, gardens, Native American burial grounds to explore the history of the area, and so much more. If you want to get away from the downtown energy for a while, why not check out parks like Highbanks Metro Park, Goodale Park, the Columbus Park of Roses, and more!

Even with the COVID-19 pandemic playing a difficult role in the loss of many jobs, and many other places not accepting new people, Columbus, Ohio has shown a significant increase in the job market even before the pandemic and it’s slowly rising again. The labor participation rate is currently at 62.2% and the unemployment rate is currently sitting at 8.9%. This is down from 2019, but there are hopes that it will be back where it originally started in summer of 2021. Why not consider the many job opportunities that lie in Columbus today!

We know that one of your requirements is that wherever you go, it should be affordable, and we think that Columbus, Ohio fits it perfectly. A couple fun facts about the cost of living in Columbus are that housing expenses are 23% lower than the national average, transportation is very affordable and even 3% less than the national average, and also utilities and groceries are cheaper. If you want to live somewhere affordable and some place you know you’re going to love, make sure to check out the stats that Columbus has when it comes to the cost of living and decide for yourself.

Columbus is also known for having many colleges and universities where you can earn a degree, earn a new degree, or even get your master’s or doctorate that you’ve been wanting for a long time. With well-known colleges such as The Ohio State University, Franklin University, DeVry University, Otterbein University, and many more, you have endless options to choose from if you wish to expand your knowledge doing what you love!

The restaurant scene in Columbus, Ohio is huge and there are lots of different places to check out. Whether you love Greek food, German, Mexican, Indian, Thai, you name it, then Columbus has it. Some of the most popular restaurants in Columbus that you need to check out are Martini Modern Italian, Lindey’s, The Top Steak House, Dirty Frank’s Hot Dog Palace, The Guild House, and many other reputable places. There’s nothing better than exploring many different restaurants in Columbus after a long day of work, and to also get out of the house too!

Columbus has been known to be a safe area compared to many other different places in Ohio. If you’re thinking about moving to downtown Columbus, it is recommended to stay away from the east side, west side, and south sides of the city because this is typically where the crime occurs. As always, make sure to stay in well-lit areas at night, lock your doors and windows in your house or apartment, and to just be aware of your surroundings. As scary as it may seem, it's safe to say that you shouldn’t worry, because Columbus is definitely a safe city to move to!

Columbus also offers lots of different festivals that you can check out whenever you get a day off from work. If you want to explore the city more, then what better way than going to a local festival! Columbus hosts lots of different festivals, the most well-known ones being the Columbus Arts Festivals, Melted Music Festival, Hell City Tattoo Festival, Parker Lee Film Fest 2.0, Columbus Jazz and Ribs Fest, and so much more. There is always something going on in Columbus, and the best way to explore this amazing area is with some cool festivals!

There are lots of different places to go to in Columbus and we recommend the Columbus Zoo and Aquarium is definitely one of the top places to go. With being at an affordable price, you can go and see lots of animals, such as lions, tigers, giraffes, and see lots of unique fish in their expansive aquarium. What better way to get away from the bustling city and experience the beautiful world that we live in with seeing some one-of-a-kind and unique animals than by going to the Columbus Zoo and Aquarium!

There’s something about going and spending the day going to a museum that feels revitalizing.  From being able to look at different art pieces, see how fun and exciting science can be, and look at nature with conservatories, Columbus offers a wide range of museums and conservatories for you to check out. From the Franklin Park Conservatory and Botanical Gardens, Center of Science and Industry, Columbus Museum of Art, Ohio History Connection, Wexner Center for Arts, Magic Mountain Fun Center, and much more, you can get a taste of what Columbus is known for with all of these thrilling places!

If you love craft beer, then you’re definitely going to love what Columbus has to offer when it comes to their local brews. There is nothing better than enjoying a craft beer in Columbus and lucky for you, there are many breweries that you can pick and choose from. The craft beer scene is just as good as the restaurant scene, so why not check out some breweries such as The Ohio Taproom, Elevator Brewery and Draught Haus, Lineage Brewery, Hoof Hearted Brewery and Kitchen, World of Beer, and countless other places. Why not move to Columbus today and experience the craft beer selections and breweries that are offered!

While Columbus may not have a NFL football team, that doesn’t mean that you can’t support two of the most popular teams in the NFL that are in Ohio, the Cincinnati Bengals, and the Cleveland Browns. Besides these teams, there are many other sports teams to check out and cheer on in Columbus. The Ohio State Buckeyes football team, and their other sports teams make for fun get together with friends and family, like the Columbus Blue Jackets and the city’s soccer team, Columbus Crew SC. Why not get together with some coworkers, friends, or family members to cheer on a sports team in Columbus, or any other area in Ohio!

Why You Should Move to Columbus, Ohio

When it comes down to it, this could be one of the best decisions of your life!

We listed twelve great reasons why we believe that you should consider moving to Columbus, Ohio, but when it comes down to it, it’s important for you to make that decision for yourself. It’s important to balance out the pros and cons of each city, neighborhood, town, or suburb that you’re considering moving to. You also need to think about other things, like if you’re moving out of state and the steps you have to take there, if you have a family and moving your kids to another school, and even if you have pets and how you’ll move them to your new destination.

Moving is a huge milestone in life, even if it’s just moving from apartment to apartment, moving into your first home, or even if you’re moving to a completely different area or state. Before you decide on Columbus, Ohio, make sure that it’s the right city for you. We really do recommend Columbus, as it is the #1 ranked city to work remotely in. Make sure to consider why we think Columbus is amazing and we hope to see you there sometime soon!