Parks, parks, and more parks- did we mention parks? 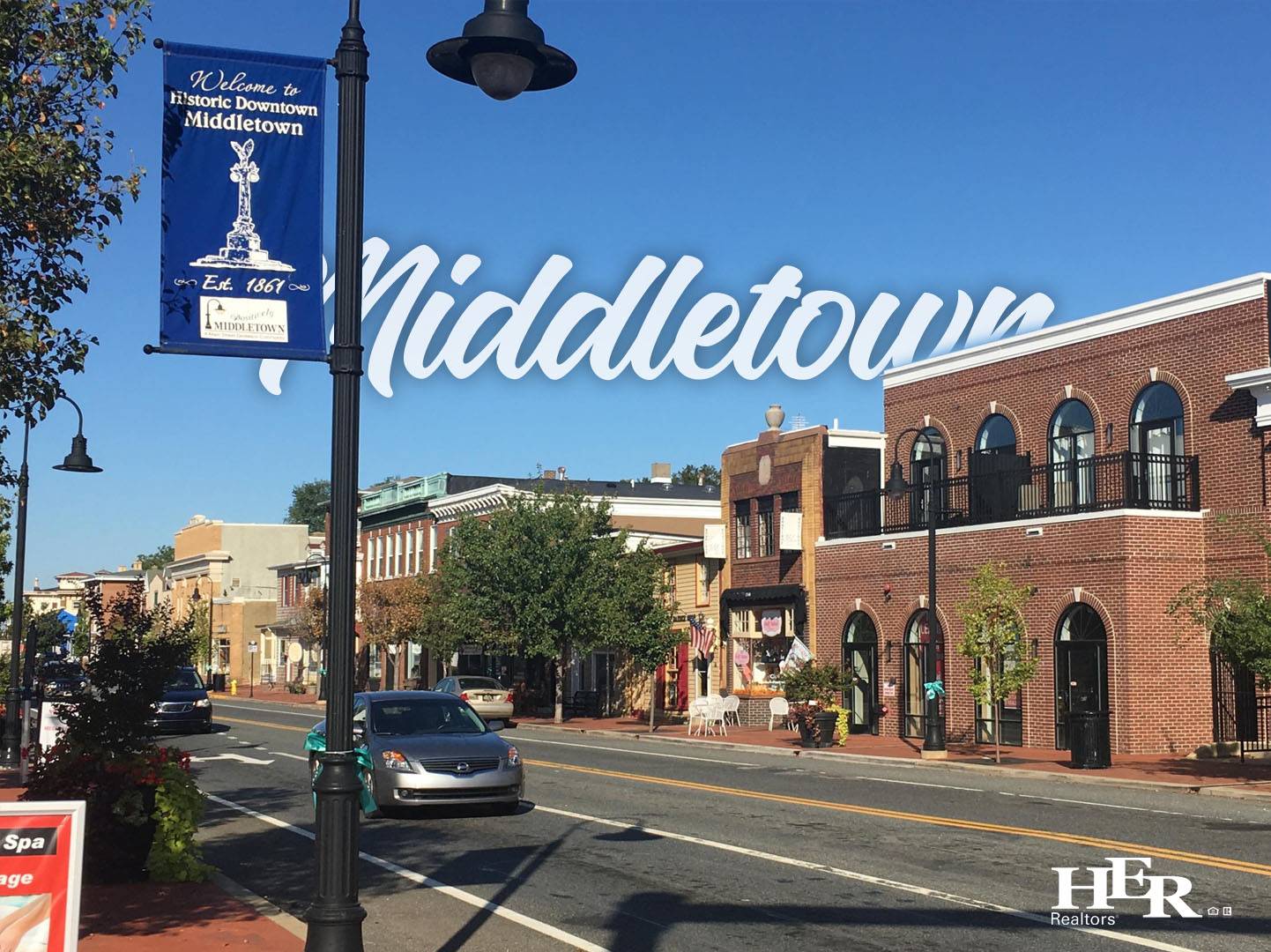 A short drive from neighboring Ohio cities Cincinnati, Dayton, Columbus, and Lexington, Middletown is a sparse suburban city nestled near larger, bustling ones. Boasting a growing economy, rich history, a tight-knit community and parks stretching on for days, Middletown may be just the place you’re looking for. Consider moving to Middletown, Ohio, but first- read all about it!

What You Should Know About Middletown, Ohio

While its name is a mystery, it’s legacy is not

The basics: Middletown was incorporated into the Ohio General Assembly in 1833, becoming a city in 1886. It was the home of the AK Steel Holding Corporation, founded in 1900, and is now home to the Hook Field Municipal Airport. The All-American City Award was given to Middletown in 1957, to recognize the city’s strong civic engagement work; this award is sometimes referred to as the Nobel Prize for Constructive Citizenship. A pretty big deal!No one knows where Middletown got its name- it’s a bit of a mystery.

Some think the name was given by the city’s founder Stephen Vail, but no one knows quite why. Local historians are divided- some think it’s because Stephen hailed from Middletown, New Jersey; others think the name was given due to Middletown being the midway point of the Great Miami River; others believe the name is due to Middletown being midway between Cincinnati and Dayton. It’s up in the air.

Notable people from Middletown include Cris Carter, hall of fame NFL player, author J. D. Vance, and James E. Campbell, the governor of Ohio. Many athletes have come out of Middletown, including football players, baseball players, golfers, and professional-league coaches.

The Middletown Hospital Association, a nonprofit founded in 1913, opened the historic Middletown hospital in 1917, which is now over one hundred years old. Expansions to the hospital, including larger and better facilities with new equipment, have continued since and bring us to the present day.

Family-focused, with residents loving the outdoors

Middletown’s community is family-oriented, with residents leaning on the conservative side. The family-focused nature of the community is reflected in its spaces- the city has countless parks and bike paths, with a bike path map featured high up on their city website. Residents make great use of the parks and nature sanctuaries, as these outdoor spaces themselves become community hubs for activities, discussion, or just a quiet afternoon with the kids.

Being a suburb of Cincinnati, Middletown provides its residents with a more tight-knit community feel while still allowing easy access to the world outside. The community is close, as mostly families live here. More than half of all residents own their homes.

One of the best parts of moving to Middletown is taking advantage of its school system. The Middletown City School District houses seven elementary schools, a 6th grade center, one middle school, and two high schools. One of the options for high school is an online school, Mid State, that helps you earn your GED remotely. Miami University, Middletown Branch Campus also calls Middletown its home; the college has a fishing pond, walking trails, tennis courts, and lots of play performances for the theatre-lover. There are other colleges in Middletown as well, including Cincinnati State.

The Middletown City School District takes sports very seriously, offering a huge variety of athletic options for your student during fall, winter, and spring terms. The city schools’ athletics website is regularly updated with team statuses’ and upcoming practices and games. If you or your child loves sports, the Middletown School District will take good care of you. They even have a golf team!

The high school has over twenty sports teams and over twenty extracurricular activities. Sports are in athletic division one. The Middle School offers AP classes, Honors classes, a variety of foreign languages, and of course arts and music classes as well. All this combined will set your children up for great success- Middletown prides itself on a balanced, well-rounded education system for all.

Plenty of opportunities and room for progress

As previously mentioned, Middletown is home to the Hook Field Municipal Airport, a major corporation/business in the area. But the city of Middletown is so much more than just aviation- Middletown has a growing business boom, with opportunities to even start your own business. Real estate and professional services are hot businesses over here, with jobs also hot in automotive services and the financial sector. If that isn’t your speed, Middletown also has many non-profit organizations to join or work at, as well as opportunities in education and travel.

Believe us- you’ll never run out of things to do

Besides the school system, one of the best things about Middletown is its events and daily life. There are so many parks to go to, as well as a variety of museums and fun yearly events.

Middletown’s parks include the Warren County Armco Park, which has a big lake and a golf course, and the Twin Creek MetroPark, a popular spot for hiking, camping, and fishing. Smith Park, one of Middletown’s largest parks, is a great place to fish, hike, watch fireworks, and host soccer tournaments with the kids. Lots of open green space and playgrounds.

If you want a more structured, toned-down park area with less children running around, you can always check out the Bull’s Run Nature Sanctuary and Arboretum. Enjoy a lovely walk along the creek, spotting many types of flowers on your way, and bring charcoal so you can finish the afternoon up with a nice barbecue on one of their grills.

Other parks include Woodsdale Regional Park, Twin Creek Dogwood Park, Jacot Park, Crains Run Nature Park, Sebald Park, and Chrisholm MetroPark. See, we told you, you can never run out of parks here! If one is too busy for your liking, just head to another- they’re all over the place.

There’s also the biggest, perhaps best park of them all- the Land of Illusion Venture Park, which is like the name suggests more of a theme park than a regular park. An outdoor carnival-like park primed for adventure, the Land of Illusion Venture Park is a prime spot for kids and families. They have fun houses, rides, and reasonably-priced concessions to last you all day or weekend.

Besides parks, Middletown has so much to offer in terms of recreation and downtime. The Miami Valley Gaming Casino is a hugely popular casino that allows you to game, dine, and even watch horse racing! If you’re feeling like a night out is in order, this is a great spot.

For more artsy or historical types, there’s the Canal Museum, which is exactly what it sounds like, or Sorgs Mansion, a beautiful historical landmark where you can pretend to be a queen for the day. The Pendleton Art Center provides a multitude of ways to express your inner Da Vinci, and to round your night off you can always hit up the Windermere Event Center, which commonly holds parties and other fun events.

In speaking of events, did you know that Middletown has a bunch of them? Every July, the city hosts the Ohio Challenge Hot Air Balloon Festival. Never seen or been in a hot air balloon before? We haven’t either- maybe you should check it out! The Festival has tons of activities, food, and drinks, and is held in the previously mentioned gorgeous Smith Park.

From Thanksgiving to New Year’s Eve, Middletown is decked out in lights. Why, you ask? Light Up Middletown, of course! Every night from six to ten p.m. throughout the holiday season, a fantastical light display sets itself up downtown. Every Friday and Saturday through December 23rd you can even take your partner and kids to see Santa and Mrs. Claus. What will you wish for?

If you want the minute, look no further

Middletown is 76.7 percent white, 11.3 percent black, 5.5 percent Hispanic, and the rest either two or more races, Asian, or American Indian.

Based on data from 2000, Middletown’s most common industry is health care, at 11.4%. This is followed by metal and metal production at 8.8% and accomodation and food service at 7.6%. You’ll notice these numbers are so low- it all goes to show that Middletown has a huge variety of industries and jobs available within their city limits. Endless options to choose from.

If there’s one facet to worry about in Middletown, it may be crime. According to crime indexes spanning over a decade, Middletown has a higher rate of crime per one thousand people than the US average. Burglary and theft rates, including the rate of motor vehicle theft, can sometimes go over double the US average. All other crime rates are around average.

Age diversity is top notch in Middletown. Most residents are actually over 65- fifteen of the residents. The other eighty five percent is spread out across the other age groups. Thirteen percent of residents are between 25 and 34, and thirteen percent are under 10 years of age. Really a melting pot of ages here.

39% of residents have a high school diploma or GED, and 27% have some college or associate’s degree. Since many of Middletown’s residents are children, this number of course changes every year, as more residents go through the grades and attend university.

Overall, moving to Middletown may be the right choice for you and your family. Armed with the facts and information above, you can decide whether or not to make the move. Middletown is a smaller city outside of Cincinnati and near Dayton, a city with a sparse suburban field and lots of grass for you and the kids to run around in. One of Middletown’s greatest attractions is its number of parks and outdoor activity areas- you’ll never run out of parks to go to, or outdoor activities to attend.

Middletown was founded on family values and that tradition continues to the present day, with lots of community-based activities running year round. There are many job opportunities in Middletown, with industry growing every day. The school system is large and can provide quality education and extracurriculars for your growing family.

If you’re looking for a lesser-known city that’s still close to Cincinnati, a city with community and loads of green space, consider moving to Middletown, Ohio.

21 Fun Things to Do in Middletown, OH

9 Awesome Ideas for a Date Night In Middletown, OH to Wow Your Partner

In the Middle of the Action: Middletown Ohio

21 Fun Things to Do in Middletown, OH

In the Middle of the Action: Middletown Ohio