While it may be smaller, no doubt some of the history and lists of places that Amanda, Ohio has to offer will convince you that you made the right decision. 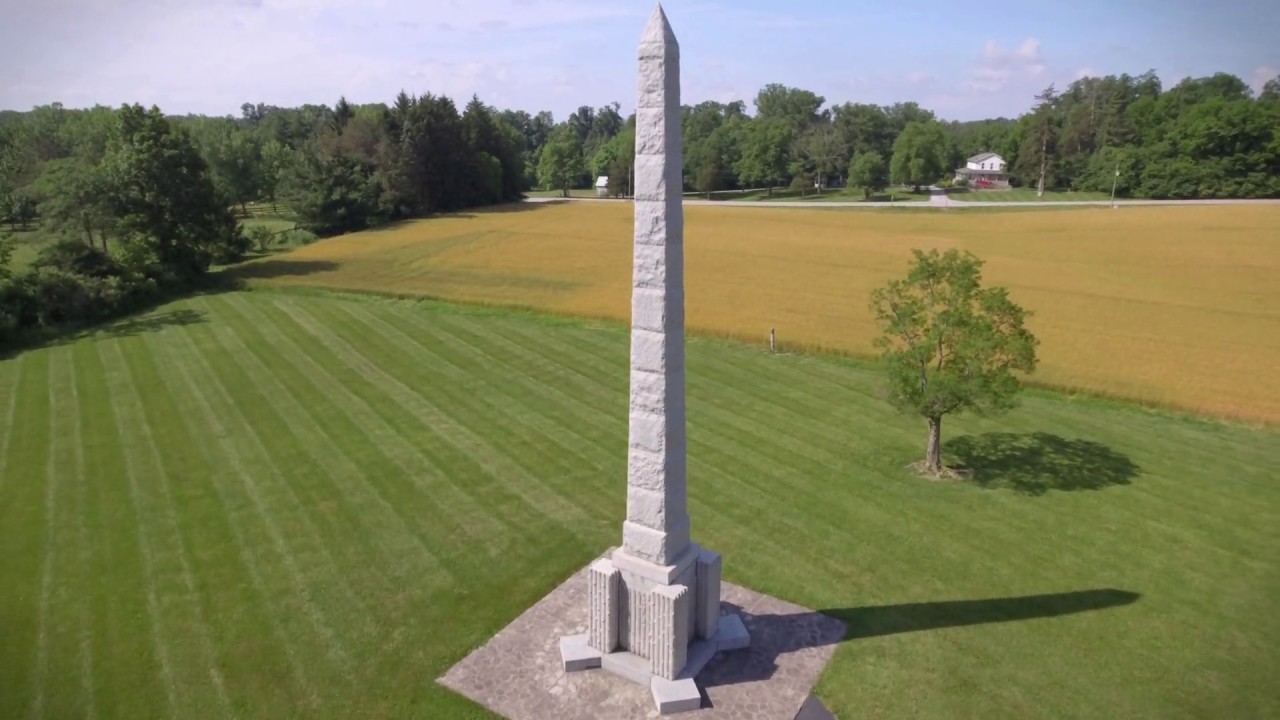 Homes for sale in
Amanda

Ohio has been a place for many to reside in for many reasons. Amanda is definitely one of the regions of the state that make it so habitable for families and others.

It is on the smaller side which makes it so comfortable for those who don’t necessarily want to be living by the commotion of a city; not to mention the tight-knit community. Take a look at some of the reasons why we vouch for your great decision in choosing to move to a place like this.

This is what you will learn about throughout this blog:

Before moving to Amanda, here is some of its interesting history!

The region of Amanda was founded in 1830. It began to turn into the great town that we know of now in 1850 because a railroad had been put in place to begin connecting it to other townships. The population steadily grew since 1850 and as of the last census in 2021, they have reached a population of 2,086.

Located inside Fairfield county, it is only ten miles from Lancaster and Circleville. It is one of the thirteen townships in the county. It got its name from Fort Amanda which if you read the historical marker at the top you’d see that it was named after General commander, William Henry Harrison's daughter.

Town by the Numbers

Learn about Amanda’s Economy, Demographics, and What it's Really Like to Live Here

Looking into all the numbers and percentages might help to give more of a feel of the area you’re going into! Take a look at the trends and kinds of people you will often see here.

Amanda has a stable growth in their economy. Out of their population, 412 are employed with the jobs to choose from most commonly being, manufacturing, retail trade, and health care and social assistance.

The average median household income is $95,315. In 2018 it was reported that there was a 4.46% year growth. Again keeping in mind the size of this community it is a safe bet that you will get a nice paying job. The most common jobs held in the township (recorded in 2018) are production occupations, sales and related occupations, and office and administrative support occupations.

Amanda has a 1% income tax which is split between three different funds, General (27%), Street Operating (20.50%), and Street Maintenance repair and resurfacing fund (52.50%).

With the population rate steadily increasing by 0.10% as stated above the population is growing. The median house value in Amanda is $183,400. The poverty rate is 2.97%.

As we stated before, there has been an increase in population since their founding, so much so that in 2018, there were only 827 people. Amanda has 193 acres of land to live in. Due to the small size of the town you will no doubt get to know everyone around you which will truly make you feel a part of the community.

Definitely more enjoyable than a crowded city where you may never get to really know your neighbors or the people running your town.

As for running the town, currently the mayor of Amanda is Charlena Fisher.

Being that Ohio is on the East coast there is a range of weather that you will experience when living in the area. The comfort index on Best Place rates Amanda a 7.2 out of 10 which is pretty favorable.

You get around 172 days of sun in Amanda whereas the average of 205 in the U.S. You can expect around 39 inches of rain a year along with around sixteen inches of snow. The most “pleasant” months according to the index are June, September, and August.

If you’re someone who doesn’t like the heat then you might enjoy that the highest forecast of heat in Amanda is about 85°. You’ll get to experience Halloween with some real leaves as well as the possibility of a white Christmas!

Where People Shop, Dine, and Hang out in Amanda

We of course have to list off one of the most essential things one needs close when moving. A shopping center! As we stated Lancaster is not far from Amanda at all so if you need to pick up some new clothes or spend your day leisuring around stop by the River Valley mall.

As proudly shown on their Instagram the mall will sometimes host events like family game night or festivals where the community can come out to perform.

Take a look at their website and see if any places catch your eye. New town, new you!

‍
“Great place to shop if you don't like being around a lot of people or loud noises! Love the capitalism play park area for kids.” -Google Review.

The Village Food and Spirits

The Village Food and Spirits is a “Pub-Style” restaurant that has a number of delicious food, appetizers, and drinks.

Some tasty appetizers to look at are their “pretzel and beer cheese,” who doesn’t love hot cheese with some salty pretzels. Loaded fries and pulled pork nachos also sound so delicious and not something you commonly see on a menu.

They have entrees and salads, along with chicken, sub sandwiches, and stoned baked pizza. For those who enjoy pineapple on pizza you are in luck because they serve a “Hawaiian Pulled Pork” pizza which is cheese blend, pineapple, pulled pork, and cinnamon. Sounds very original.

Next, take a look at some drinks to cool down from their delicious food. If you are under 21 you have your standard fountain drinks, iced tea and coffee. They even have milkshakes!

For those legal though take a look at the taproom menu, where they have beers like Blue Moon, Double Edge Golden Age, and Millersburg Peanut Butter Stout.

“Really amazing addition to my hometown. We sat outside on the expansive patio, and enjoyed live music and beautiful views of never ending farmland. The cheese curds, and bbq chicken salad were fantastic. They had local beer (e.g., double edge) on tap. Overall, a wonderful experience.” -Yelp review.

An easy option for food all the time, anytime. Did you know that Americans altogether eat 3 billion pizzas a year? The average American will consume about 40 pizza’s annually. No wonder places like Cristy's stays in such great business.

Now let's take a look at what this place has to offer. Cristys is a pizza shop that prides on making high quality pizzas for their customers. They have gone through all suppliers to narrow down which offer the best qualities for their food. Sure makes it easy to trust when you see the appreciation put forth.

Now pizza is not the only kind of food this place will serve. They also have a range of appetizers, calzones, subs, and salads. If you’re not full they even serve dessert.

The Philly Cheesesteak pizza might comfort those who may be moving from Philly we hope. Creamy garlic butter sauce, sliced sirloin steak, green pepper, mushrooms, onions, and topped off with provolone and cheddar cheese.

No doubt you’ll fill your stomach up with a place like this.

“Great pizza and staff.  Best pizza around since I was a kid. They treat you right.  Pickup or delivery you can't go wrong.” -Yelp review.

One more restaurant to take a look at before we get into where to hang out in Amanda. Bob’s Backyard Barbeque is another prize of Ohio where you can feel guilt free getting your hands dirty eating some great food.

Not only do they have the mouth watering classics like pulled pork, Angus brisket, and sausage; they also have their own signature sauces to drench the food in. Lancaster chili sauce, golden BBQ sauce, Po’ Bob sauce (cajun-spiced, horseradish and barbeque flavored mayo dressing) which one do you choose?

“We stopped here on our way home from the Hocking Hills and it was a great find!  We had the Monte Cristo and the Reuben and both were delicious.  They offer a large and small option and the small was plenty for each of us for dinner.  Place was clean and is trying very hard to keep everyone separated and safe during COVID.  Everyone was very welcoming.” -Yelp review.

Calling all nature lovers we have a spot for you to explore with friends or family. The Shallenberger State nature preserve is a 1.8 mile hiking route where you can follow a scenic trail and see the world around you.

On your journey you will get to see all different kinds of birds, spring flowers, and for sure get your steps in for the day!

You definitely have your pick of places to adventure to.

We think you chose a great place

Amanda, Ohio truly is a great township to be in. You keep it small but are still local to areas that are bigger such as Lancaster and even Columbus. Take your pick of great foods or nature spots to gather in.

We hope you enjoy your stay and the beginning of a new journey!

The Best Restaurants to Stuff Your Face Full in Amanda, Ohio

Step Outside in Amanda, Ohio

25 Reasons to Move to Amanda, OH

The Best Restaurants to Stuff Your Face Full in Amanda, Ohio

By
Around Ohio
//
Amanda

25 Reasons to Move to Amanda, OH