Get to Know Akron, Ohio Before Making the Move to this Lovely City 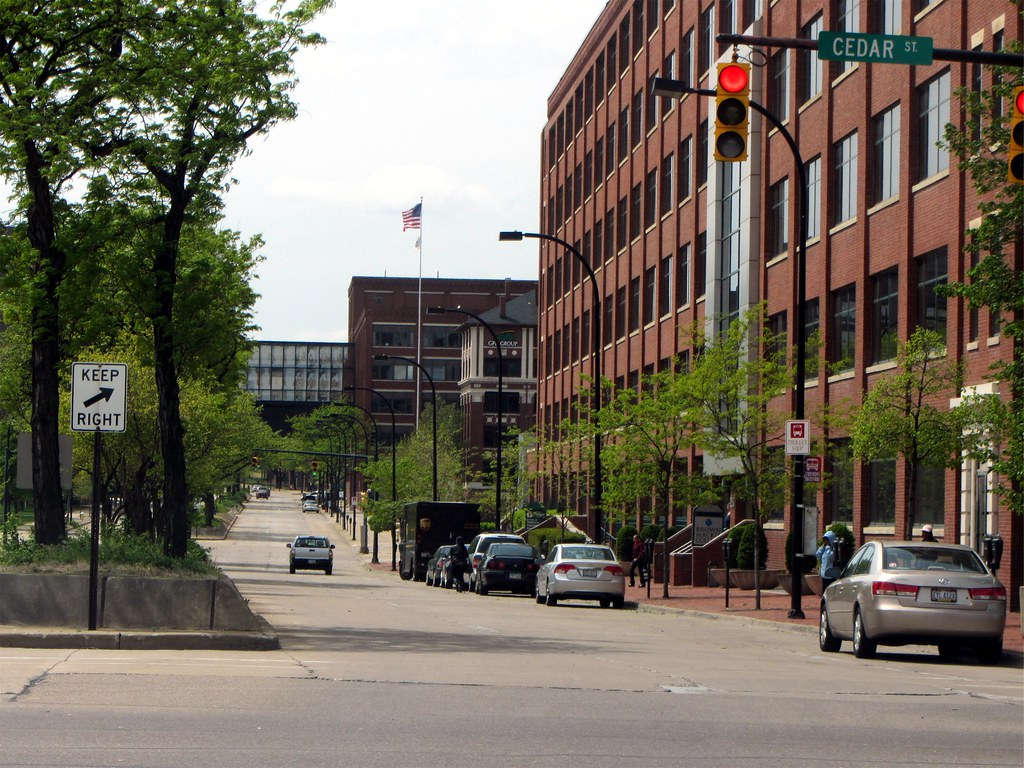 Homes for sale in
Akron

Get ready to learn more about your potential future home and all the great things it has to offer you!

Here’s what you should know about moving to Akron:

A Lesson in Akron’s Rich History

Before You Make the Move to Akron, Get to Know More about the City’s Past

Akron, Ohio is a hidden gem in a state full of fun cities.

Located in Summit County, Akron is Ohio’s fifth largest city. Its population nears 198,000 people. Though the greater Akron area has a population of 703,000 people.

Akron is only 40 miles South of Cleveland, making a quick beach trip to Lake Erie a feasible reality for residents!

Simon Perkins and Paul Williams founded the city in 1825 near the summit of the Ohio and Erie Canal. Akron is derived from the Greek word for “summit” or “high point”. The city was once separated as North and South Akron (North Akron being founded by Ellakim Crosby) but the two merged in 1836.

In the 1910’s Akron was deemed the nation’s fastest growing city due to the population doubling.

Akron has also been given the nickname of the “rubber capital of the world” due to their history of rubber and tire manufacturing. The city also is home to the Goodyear Tire & Rubber Company. The Goodyear Blimp can be spotted flying over the city. It can be a fun game to spot it before your friends and family.

We have Akron to thank for several American institutions such as the K-12 education system which was passed into law in 1847. Akron’s trailblazing in making it law to provide free education for our country’s children was an enormously important step in our history and provided our nation’s children with priceless knowledge every year since then.

Though rubber production has taken a dip in the past two decades, Akron found a way to avoid any issues. When the city realized rubber demand was slowing, they took a dive into polymers. The city now is home to Polymer Valley which is home to 400 polymer-related companies.

Due to this polymer boom, Akron was named number five on a list of high-tech havens in 2001 by Newsweek.

Akron has a rich history of merging towns and industry transitions all while continuing to be a growing city full of life.

More on Akron’s Economy, Demographics, and the Life of a Resident

Akron, as a result of many towns merging to create the city, has a diverse set of architecture. It was originally a canal town, so the city is divided by the Ohio and Erie Canal.

Many buildings date back to pre-World War II, though there are several more modern ones as well.

The city consists of 21 neighborhoods and three that are recognized by the city, though remain unincorporated. In these neighborhoods you will find a great deal of design diversity, again due to the eventual merging of all these individual towns into one large city.

There are also several suburbs that skirt around the city including Cuyahoga Falls, which shares a name with the beautiful national park that is also very close by the city.

When it comes to global diversity, Akron is no stranger. The most common nationalities of residents aside from American include Indian, Mexican, and Chinese. Even though Ohio is a midwestern American state, that does not make it void of other cultures. Thanks to America’s melting pot tendencies, no matter where you go, Akron included, you will always be able to branch out and appreciate other cultures or find one that makes you feel at home in a new place!

Akron is split pretty evenly between men and women, though women do make up slightly more of the population at 52%.

The average age of residents of the city is only 36 years old! This speaks to the appeal it has for young people looking for a place to live.

Akron by the Numbers

The median household income ($37,533), median property value ($81,400), and number of employees (91,928) are all growing, showing the city has never stopped booming since its humble beginnings.

Akron’s largest industries are Health Care & Social Assistance, Manufacturing, and Retail Trade. The highest paying industries are Public Administration, Utilities, and Finance & Insurance. So if any of these interest you, Akron is a great place to find a new job.

Akron is a hub for certain domestic production and consumption. The top product is motorized vehicles which brings in $79.7 billion annually. Next comes mixed freight, bringing in $71 billion, and third is machinery which pulls in $49.9 billion.

Akron is home to the University of Akron (main campus). The four campuses include the central one in Akron. The other three consist of the Lakewood location near Cleveland, Ohio; Medina County University Center in Medina, Ohio; and Wayne College in Orrville, Ohio. These four campuses are all located in NorthEast Ohio. Along with the physical campuses, the University offers online options for a degree as well.

The student population is about 17,500 for undergraduates, and 2,300 for graduate students.

University of Akron’s most popular majors are registered nursing, mechanical engineering, and liberal arts and sciences.

The University has some impressive accolades to appeal to prospective students. They have the number two counseling psychology Ph.D. program in the United States. Their College of Engineering’s student design teams are consistent high rankers in national and international competitions, proving their very capable teams full of skilled students. In addition to this, the University has a dual AACSB accreditation in business and accounting, which only 2% of business schools worldwide have.

The University of Akron has seemingly endless options when it comes to degrees and certificates. They offer over 200 majors, minors, and certificates for undergraduates students. The students have the opportunity to mix, match and expand their interests thanks to the many interdisciplinary options offered through the University.
Akron has many options in terms of schooling including, though not limited to, the following:

There are so many fun activities to do in and around the city as well as great food to try, so let’s check some out!

The Akron Civic Theater began as a movie palace in the 1920s and it now remains as just one of sixteen theaters designed by John Eberson.

The theater itself is a work of art. The ceilings are high with an eye-catching scene of rotating scenes of clouds and stars. The old architecture only adds to the already charming character of the building.

The civic theater is home to many different performances and events. You can enjoy concerts, plays, musicals, comedians, musical tributes, and even high school graduations when the day comes.

The nightlife scene in Akron has many homes.

If you are looking for a more college based scene, look towards the Canal District. This area is home to bars and clubs like The Lockview, Moda Ultra Bar, and TEAR-EZ.

Crave is a restaurant bar giving you the option to sit and have a delicious meal or a nice relaxing drink.

“I can't say enough about the creativity and quality of Crave for over a decade I've been coming here and they consistently give me a reason to come back. It's affordable enough for a weeknight takeout meal, but refined enough for a date night or special occasion. The bar always has a great energy on weeknights after work too. Check out their wine or beer tasting nights. Not to mention you can sit outside when the weather is nice, or reserve their private area for big groups.” -Yelp Review

You can check out their Instagram and Facebook for special deals and updated info on the restaurant.

They have 18 different taps as well as great live music. It is attached to the Uncorked Wine Bar as well for a similar experience in a different setting to make sure all guests are comfortable and happy.

The spot has great reviews, including this one:

“High St. Hop House has a classy, high end and warming ambiance about it while being a place for everyday people. Being on High St. is an excellent location as you're close to all the action of Akron nightlife without being directly in the mix. They put up about a dozen or so of the most unique beers that you can not typically find in stores; ranging from rare Ohio brews to flavorful IPAs and big stouts from all over the US.” -Yelp Review

Akron might be a big city, but that doesn’t mean you’re fully removed from nature! For our outdoor lovers there are many options to choose from, including the lovely Cuyahoga Falls National Park.

The park offers many activities for every interest!

If hiking is your forte, look no further than the 125 miles of trails Cuyahoga Falls provides. There are trails for every level of hiker, from beginner to expert. The trails take you through woodlands, wetlands, and old fields. Many include journeys across streams with stepping stones or log bridges.

There are many trails that are nearly completely level and accessible to all who visit.

This park has options for families, individuals, and groups. You can take a scenic train ride along the Cuyahoga River and through the Cuyahoga Valley. Along the route you’ll have the opportunity to spot eagles, deer, beavers, herons, and much more wildlife.

When in the park check out their canoeing and kayaking, biking trails, golfing, fishing, horseback riding, and star viewing.

Aside from the many outdoor activities, there is also a concert venue within the park. The venue, Blossom Music Center, is a large amphitheater with grass seating behind it as well. It has hosted many shows over the years including Blink-182, The Script, Halsey, James Taylor, The Grateful Dead, and more.

Akron is a bustling city that doesn’t mess around. If you’re looking to move to Ohio, give Akron a good hard look. Here you’ll find a growing and rising city with a superb University close by. Take a dive into this exciting city and see how your life blossoms because of it! You’ll find the city offers something for everyone.

By
Meghan Zonno
Around Ohio
//
Akron