Moving to Ashley, Ohio? Here’s What You Need to Know!

As the hub of family-friendly facilities and events, Ashley, Ohio is the perfect place to raise your children! 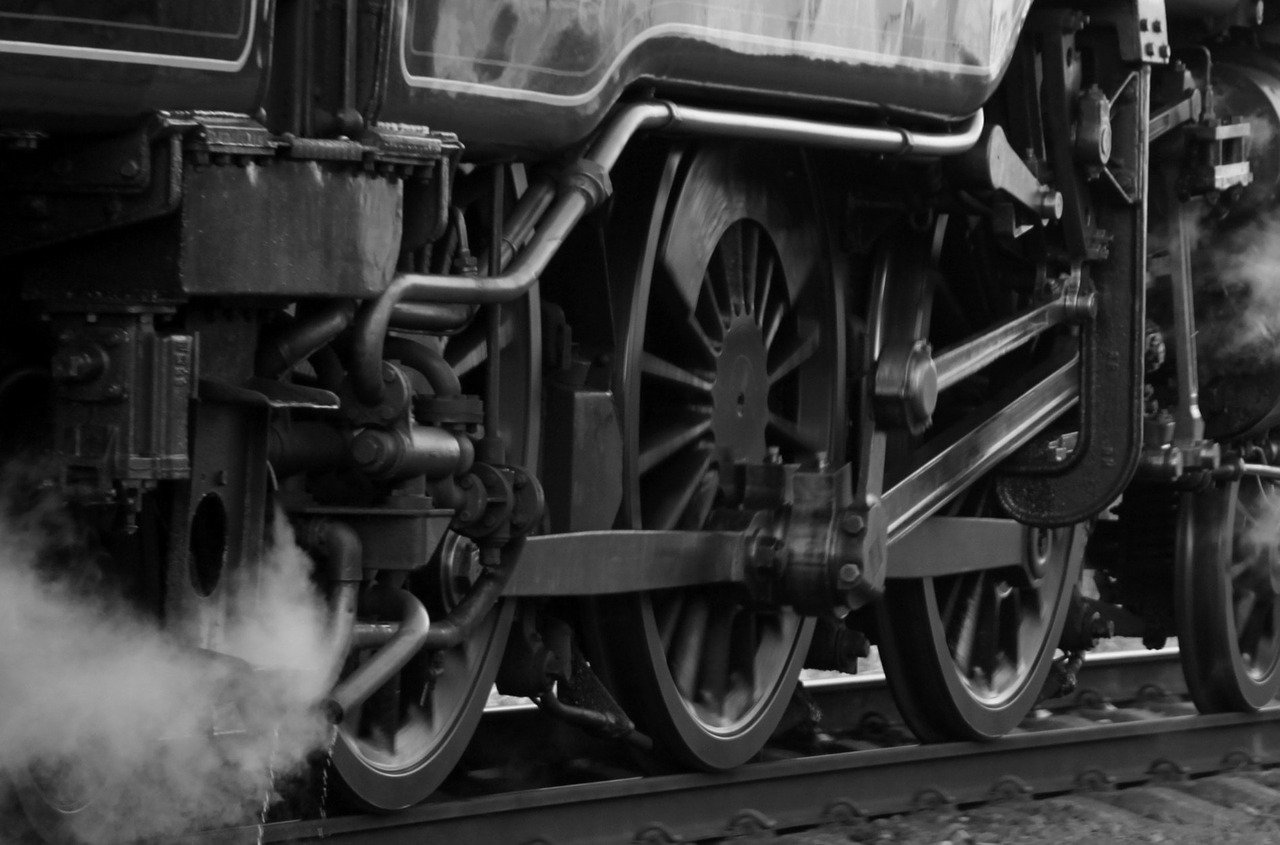 All Aboard the Ashley, Ohio History Train!

People first began to settle in Ashley, Ohio in 1849 when the first railroad connecting Cleveland to Cincinnati was put down. The railroad passed through Delaware County, which is the larger area that now houses the Village of Ashley. People settled near the junction in Delaware County, and from there discovered that they could actually be quite prosperous, what with the nearby railroad to bring in goods and visitors, as well as living on top of some fertile farmland.

They found that with careful crop rotation, they could produce enough of their own food to live off of and then sell whatever remained to visitors or neighboring communities. And with the opportunity for prosperity came the town’s high-rollers. Beginning in the early 1880’s, High Street--the long stretch where Wornstaff Memorial Library and Ashley Pool are located today--became an affluent neighborhood for the Ashley elite.

In the 1920’s the Village of Ashley was bypassed by I-42, which cut off the village from much of the rest of the world. Most of the town still looks just as it did in the 20’s. With the exception of maybe some new siding and roofing, most of the buildings you’ll find throughout the town look the same as they did nearly one hundred years ago. We think it adds to the charm!

Each of the public entities and services set up around Ashley are there to ensure that your children remain as safe as possible. If you’re looking for a nice, safe place to bring up children, Ashley has everything you need.

Like most small villages and boroughs around the country, Ashley’s local government operates under a mayor-council system. The council meets in their chambers every month on the first Tuesday at 7pm. Meeting minutes are recorded and uploaded to Ashley’s village council page for the public to peruse on their own. Ashley’s mayor works out of the municipal building. They will perform weddings, but in light of their mayoral duties, they can only do so by appointment.

Ashley’s Police Department works around the clock to keep everyone in the village safe. In their mission statement, they say that it is their prerogative “to provide professional, courteous, and impartial law enforcement services” to the Ashley, Ohio community. They respond to both emergency and non-emergency needs within the Ashley community, and underneath it all, they work diligently with all the community resources available to them to try to reduce the causes of criminal activity, community hazards, and conflicts in the community.

Ashley, Ohio is also the proud home to Elm Valley Fire District. This fire department operates on a volunteer basis, servicing the Ashley community, as well as neighboring Oxford, Peru, and Westfield townships. They also provide contractual services to eastern Marlboro Township, which is also located in Delaware County. The fire district responds to calls for both fires and medical emergencies.

Ashley’s street department is responsible for making sure the streets around the village remain clean and clear of any potential hazards for drivers. Their primary responsibilities include filling potholes, plowing snow, street sweeping, and maintenance of traffic and street signs. For a full list of everything the street department does, as well as information on how to fill out a request form, please visit their page.

The Village of Ashley Water Department is responsible for connecting, distributing, and collecting payments on water for all residents and businesses in the village. Their office is open Mon-Fri 8am-12pm and 1pm-4pm. The water department is governed by the BPA, which meets on the 3rd of every month at 7pm. You can catch up on the meeting minutes and find additional information about the departments payment policies on the water department page on the Village of Ashley website.

Ashley does not actually have its own school district within the village. Children from Ashley typically attend Buckeye Valley Local School District, which hosts students from all throughout the greater Delaware County area. Older students attending the middle and high schools will be bused out there if you’re afraid that transportation might be a problem, but if you’re nervous about your younger children, you’re in luck! Buckeye’s East Elementary School is actually located right in Ashley. You can rest a little easier knowing your kids will be close to home.

The Buckeye Valley Local School District is dedicated to helping your children reach their full potential. At the lower schooling levels, they’ve implemented the Wilson Language Training “Fundations” model, a teaching style that puts an emphasis on fun, which strives to teach kids the groundwork for life-long literacy that will help them not only through the rest of their schooling, but also in their everyday lives. At the upper level schooling levels, Buckeye schools enforce a rigid curriculum to prepare students for higher education, with programs focused on math, writing, reading comprehension, science, and music. They also offer a number of extracurricular activities to keep your kids engaged in the school community.

It Takes a Village: Get to Know Your Ashley, Ohio Neighbors

As far as small villages go, Ashley is pretty homogenous. As of 2017, the demographics of Ashley showed that it was 96% white, 3% hispanic or latino, and 1% a combination of two or more races. There are no strictly African American, Asian, Native American, or Pacific Islander people in Ashley.

The highest number of people who make up Ashley’s population are actually children, aged 5-17, which means if you have kids or are planning on having them soon, they’ll be in good company! Middle-aged people--presumably the parents in this operation--make up the second highest demographic. Gender demographics in Ashley are split right down the middle, giving a slight edge to the women with 53% to the men’s 47%.

There is not much data about the religious practices of Ashley, Ohio residents, but a 2010 census on religious beliefs in Delaware County as a whole showed that 67% of people practice no religion, 15% practice some form of Protestantism, 13% practice Catholicism, and 5% practice some other form of religion. Ashley has three churches throughout the village, and they all practice Protestant Christianity. If you plan on attending a church in the area, you can choose between the United Methodist Church, the Wesleyan Church, and the White Lily Chapel.

Currently, there is no information on residents’ opinions of LGBTQ+ people in Ashley, although residents do seem to lean more conservatively. In the 2016 election, 54% of voters voted for the Republican Party, 39% voted for the Democratic Party, and 7% voted for another party.

Ashley, Ohio offers up a number of places to come together with your family and friends and neighbors in some great community fun. From festivals to fishing lessons to swimming at the community pool, there’s something for everyone in Ashley.

Wornstaff Memorial Library, located at 302 E. High Street, is a great place to find your next favorite book. The library, one of twelve in a consortium of independent public libraries in Ohio, is open Mon-Fri 10am-8pm, as well as Sat 10am-5pm.

Dedicated to Albertus Wornstaff in 1928, the Wornstaff Memorial Library is still enjoyed by Ashley, Ohio residents today. Anyone who registers with the library can check out books, borrow a computer, use a photocopier or fax machine for a small fee, as well as check out a number of magazines, DVD’s, and audiobooks.

In their collection, the Wornstaff Memorial Library has roughly 28,000 books, both audio and visual, more than 3,000 DVD’s, and nearly 60 magazine subscriptions to sift through. You can check out your materials to take with you or opt to enjoy them in the library itself. Library staff members are more than willing to help you find the materials you’re looking for, and if they don’t have it, they will try to get it for you from one of the other libraries in the consortium.

The library runs a weekly story hour for children at 10am on Thursdays, as well as some additional programs during the summer months. Bring your kids for a browse through their vast children’s book collection in the evening, or come for a browse yourself when you get off of work!

Dip Your Toes into the Ashley Community at the Pool

The Ashley Pool, located at 6028 St. Rte. 229, is a great place to make a splash with your new neighbors. During its short season, the community pool is open every day of the week, 12pm-6pm.

Each year, the outdoor pool makes waves as it reopens for a fresh season. They offer season passes for you, your spouse, your kids, or your entire family to jump in the pool whenever you feel like it (within the specified hours, of course). If you feel like you might not get the full use of your season pass, don’t worry! They also offer daily passes, which you can pick up the day of any time you decide you want to go to the pool.

Lifeguards keep everyone in the pool safe, so there’s no need to worry about the safety of your kids if you’re not a swimmer yourself. Any time they see something that looks like it might be a hazard for anyone in the pool or on deck, they’ll have their whistles at the ready. If you’re interested in renting out the pool for a private party, the lifeguards can be there for that as well! Make sure to check out the pool rental listed on the link above and call ahead to reserve your rental.

Dig Out Your Floss for the Ashley Corn Show

The Ashley Corn Show comes around once a year, and you will not want to miss it. For the upcoming year, it’s already been slotted for Aug 6-8, and there’s so much to look forward to! Located at 102 E. Main St., the Ashley Corn Show begins on the first Thursday of August and finishes up that Friday. Its hours are 5pm-9:30pm on Thursday and 5pm-11pm on Friday and Saturday.

Hosted every year by Ashley, Ohio’s American Legion Post 518, the Ashley Corn Show is all about celebrating--believe it or not--corn! The best thing about this community-gathering event? Admission is free! You can wander in without spending a penny, and from there you can spend money on whatever you’d like--food, rides and games at the carnival, or anything else you find along the way.

There is live music, a kiddie tractor pull, and even a cob tossing contest for you and your kids to entertain yourselves with. Throughout the Ashley Corn Show, the American Legion will also be accepting donations, which will then be used by the Legion to put together some local activities for Ashley’s youth.

If you’re looking to settle down in a place where time passes a little slower and the people are friendly, Ashley, Ohio might be the perfect place for you. It’s kid-friendly, and you can choose to go at your own pace.