Hike, camp, and engage in the history of the great state of Ohio 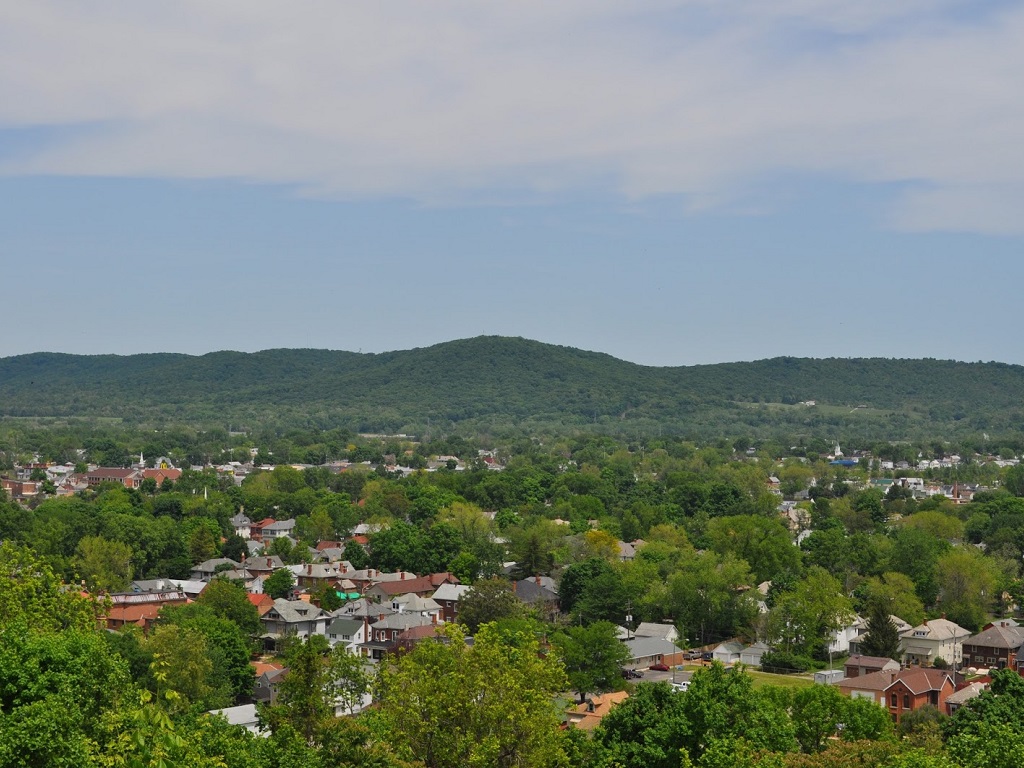 If you’re settling down in or just paying a visit to Ohio’s first capital, here are some must see parks and historical sites to relax in and learn something about your state.

The Adena Mansion is on the estate of the Worthington family, built by Thomas Worthington in 1807. Worthington was the sixth governor of Ohio and the Senator of Ohio. The mansion has been restored to look as it did when the family occupied the house, with many of the original furnishings. Its architect, Benjamin Henry Latrobe, was the architect for the United States Capitol. The Adena Mansion is one of only three houses designed by Latrobe left standing.

The 300 acre homestead includes recently renovated formal gardens with terraces, vegetable gardens, and tree groves. From the north lawn of Adena Mansion you may see the view that inspired the Official State Seal of Ohio: across the Scioto River Valley and into the mountains.

The site holds events throughout the year, such as a celebration of Independence Day on July 2 at 2:00 PM. The event is focused on celebrating the holiday as they would have in the early 1800s, with readings from the Declaration of Independence, patriotic poems, a 21 gun salute, and toast to George Washington.

The outdoor performance is focused on the life of Tecumseh, a Shawnee leader who struggled to defend his homeland during the late 1700s. Enjoy the spectacle under the stars in the huge 1800 seat Sugarloaf Mountain Amphitheater. Tecumseh! Is written by Pulitzer Prize nominee and Emmy Award Winner Alan W. Eckert and narrated by Oscar Nominated Native American Actor Graham Greene. The Native American soundtrack was recorded by the London Symphony Orchestra. 2.5 million people have traveled to see the show in the past 42 years. Visit their website to see images and videos.

The performance of Tecumseh! is made possible by The Scioto Society, a nonprofit corporation dedicated to the educational, historical and economic development of Ross, Pickaway, and Pike counties. They are interested in spreading awareness about Ohio’s place in the early history of the United States, as the Northwest Territory.

Learn about the people who populated the Ohio Valley thousands of years before European Explorers. 4 miles north of Chillicothe at the remnants of the Hopewell Culture, Mound City Group is where the Hopewell people created large earthen mounds in geometric shapes to honor their dead. The Mounds are monuments rising to 30 feet and 1,000 feet across, created between 200 BC to 300. The visitors center includes an exhibit of artifacts recovered from the Mounds.

The Hopewell Culture National Historical Park’s trails allow you to explore via a guided or self guided tour. The 28 mile tri-county trail also runs through the Mound Group. This trail connects the towns of Chillicothe, Frankfort, and Washington Court House.

This state park lies in an untouched 9,000 acre state forest. Scioto Trail State Park offers spectacular views of the Scioto River valley. Reserve a shelter house either at the Stewart Lake Picnic area (electrical outlets included so you can surely post a picture of your breathtaking surroundings) or at the gazebo on the island in Caldwell Lake.

The campgrounds offer 55 electric sites complete with latrines, pressurized water, fire pits, and picnic tables. Rent a paddle boat in the summer, play basketball or throw horseshoes at the courts, and bring your pets along, they’re permitted on all sites!

If you’d like to stay closer to town, Yoctangee Park is a 48 acre site located in downtown Chillicothe adjacent to the Historic First Capital District. The park includes a playground, baseball and softball fields, tennis courts, basketball courts, picnic shelters, and restrooms. Explore downtown Chillicothe and then venture into the park for a walk on the trails.

The Pump House Center for the Arts is located in Yoctangee Park at 1 Ederlin Circle. The facility was built in 1882 as the Municipal Water Plant, and has been restored to house the works of local artists. The Pump House was listed on the National Register of Historic Places by the U.S. Department of the Interior in 1979. A group of artists helped found a coalition for the restoration and preservation of the building. They transformed the rooms into a spacious art gallery.

Looking for a challenging trail? This hiker’s paradise offers scenic views of the Scioto valley. Trek through the very ridgetops depicted in the Great Seal of the State of Ohio. There are 23 miles of trails available to hike. The park recommends you be in shape before you take on some of the trails. Bikers and horseback riders should be well conditioned as well. If hiking isn’t your forte, you can play disc golf on the 18 hole course, hunt in designated areas, or picnic at the Ireland Shelter or Vista Shelter. The shelters have grills, picnic tables, a fireplace, and parking lots.

The campgrounds are open the second week of March until December, and offer a scenic vista of the valley below. You can take your horses camping too! Horse tie lines are available on campsite.

Now that you know what to do this summer, what are you waiting for? Get on your hiking boots (or thinking caps) and get out there! Chillicothe offers some pretty amazing parks and historical sites that every resident of Southern Ohio should take advantage of.