Where is Mt. Vernon, Ohio? 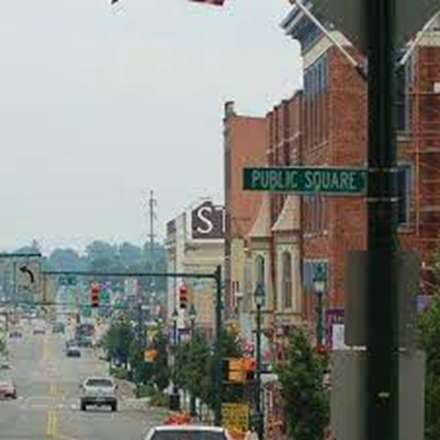 Mount Vernon is a city in Knox County, Ohio. Mount Vernon is located just 40 miles north of Columbus and has a population of almost 17,000. Mount Vernon is referred to as one of Ohio’s best home towns according to the mayor, with a genuine and lively spirit in the atmosphere. Whether you may just be passing through or looking for more places to visit around the area, check out what you can see and visit while you’re in Mount Vernon, Ohio!

In 1805, Mount Vernon was platted. Mount Vernon was named after the ’s estate  was originally owned by George Washington in Virginia. Not too long after in 1833, Mount Vernon found itself as the birthplace of a worldwide electrical products manufacturer created by two brothers. Charles and Elias Cooper were born on a family farm about three miles south of Mount Vernon around 1810. The company started off as a foundry and the name Cooper Industries was created. Initial itemsproducts consisted of products such as kettles and stoves, but the brothers eventually found themselves concentrating on electrical steam engines.

In the late 1800s however, steam power began to decline and gas engine technology became the new norm. Cooper Industries soon became the leader in pipeline compression engines, which began the boom of the oil and gas industry. Cooper Industries then merged with a gas engine company, and this is when the company also started to offer other products such as tools and hardware, automotive products, and electrical equipment. As of today, Cooper Industries is still in business and was acquired by another company called Eaton corporation in 2012. The different divisions of Cooper Industries have gone through a variety of different name changes as a result.

The fun part of traveling to new places is trying out different restaurants. Mount Vernon is definitely known for some its amazing food, check out some of these restaurants you must stop by!

The Alcove Restaurant & Lounge is a popular eatery in Mount Vernon serving primarily classic American dishes. The executive chef at the Alcove Restaurant is chef Jared Driesbach. Driesbach grew up absolutely loving food and admits he was in the kitchen at a young 16 years old. His grandparents grew a garden and he loved to incorporate what he got from them into the meals he would create.

Chef Driesbach has had some pretty valuable experience in his cooking career overall. Driesbach got the opportunity to work under renowned chef John Beck, where he was taught the fundamentals of French cooking and then went from there in his career. Just how it was as Driesbach grew up, he still makes it a priority to work with other chefs to find the best tasting natural ingredients for the recipes.

Joe Mazza is the owner of Mazza’s restaurant in Mount Vernon, Ohio founded in 1939. Joe originated as a businessman, but once he became aware of what the restaurant business was like, he knew instantly that he wanted to be involved somehow. Curly Makis New York Lunch was Mazza’s first ever restaurant. The name “Mazza” wasn’t actually even coined until later in 2018.

Mazza’s menu consists of all the Italianitalian classics: pasta, sandwiches, chicken, and pizza. Of course, you can’t forget about good soup and salad options including their signature “Famous Mazza’s Salad.”. You are able to order the salad as either an entree or side!

Stein Brewing Company, located in Mount Vernon, Ohio, is the first brewery in the county, and has been around since around the 1870s! This brewing company has top notch local brewery options, along with fine spirits and wine. This brewing company is not only known for its drinks, with award winning head chef of the restaurant Erin Stevens is being the one in charge of all the food.

Along with getting to try out some new food and visit some restaurants, there are many activities you can do during youryou free time in Mount Vernon!

If you’re a fan of biking on trails, you need to head over and visit the kokosing gap trail while you’re in Mount Vernon. This 14 mile long trail is built on a former Pennsylvania railroad and goes right alongside the Kokosing River in east central Ohio. The scenery alongside the trail and river is gorgeous, and the trail also holds one of Ohio’s best maintained bikeways

The Ariel-Foundation Park is one of the most spectacular attractions in all of Ohio. This park was created on the site of a former glass factory. The park includes a wide variety of sites including architectural ruins, trails, sculptures, and even a museum.

Along with Ariel-Foundation Park, you have other opportunities to visit historic sites in other parts of Mount Vernon.

The Knox County Historical Society is a museum in Mount Vernon, Ohio dedicated to showing off the history Knox County has had to offer throughout the years. You can find a huge collection of Knox County artifacts which are displayed around the entire 15,000 road. A permanent research library is also available for use by the public, and a newsletter known as the “Knox Historian” is also published at least once a month.

One of the most popular cities nearby Mount Vernon is called Newark, also in Ohio. If you enjoyed visiting the museum in Mount Vernon, just wait till you come down to Newark. There is a whole plethora!

The National Heisey Glass Museum of Ohio is dedicated to all things surrounding glass and industry. When you come to the National Heisey Glass Museum, you are able to visit the shop where you can find real Heisey glassware of all sorts. The most popular items from this museum are the limited edition Christmas ornaments alongs with glass beads. Everything is made directly from Heisey glass! The museum shop is also conveniently open at the same time as the museum, and they are right across from another.

Another great attraction to visit while you’re in the Newark area is The Works Ohio Center for History, Art, & Technology. While you take the time to visit, you can visit a gorgeous art gallery, take glass blowing classes, glass fusing workshops, and you can even get the chance to take tours in random groups or as a family.

Hopefully after coming across this article you will keep this lovely town in mind for the next potential road trip. Safe travels!