Houses can be art too. This list of weird houses proves it. 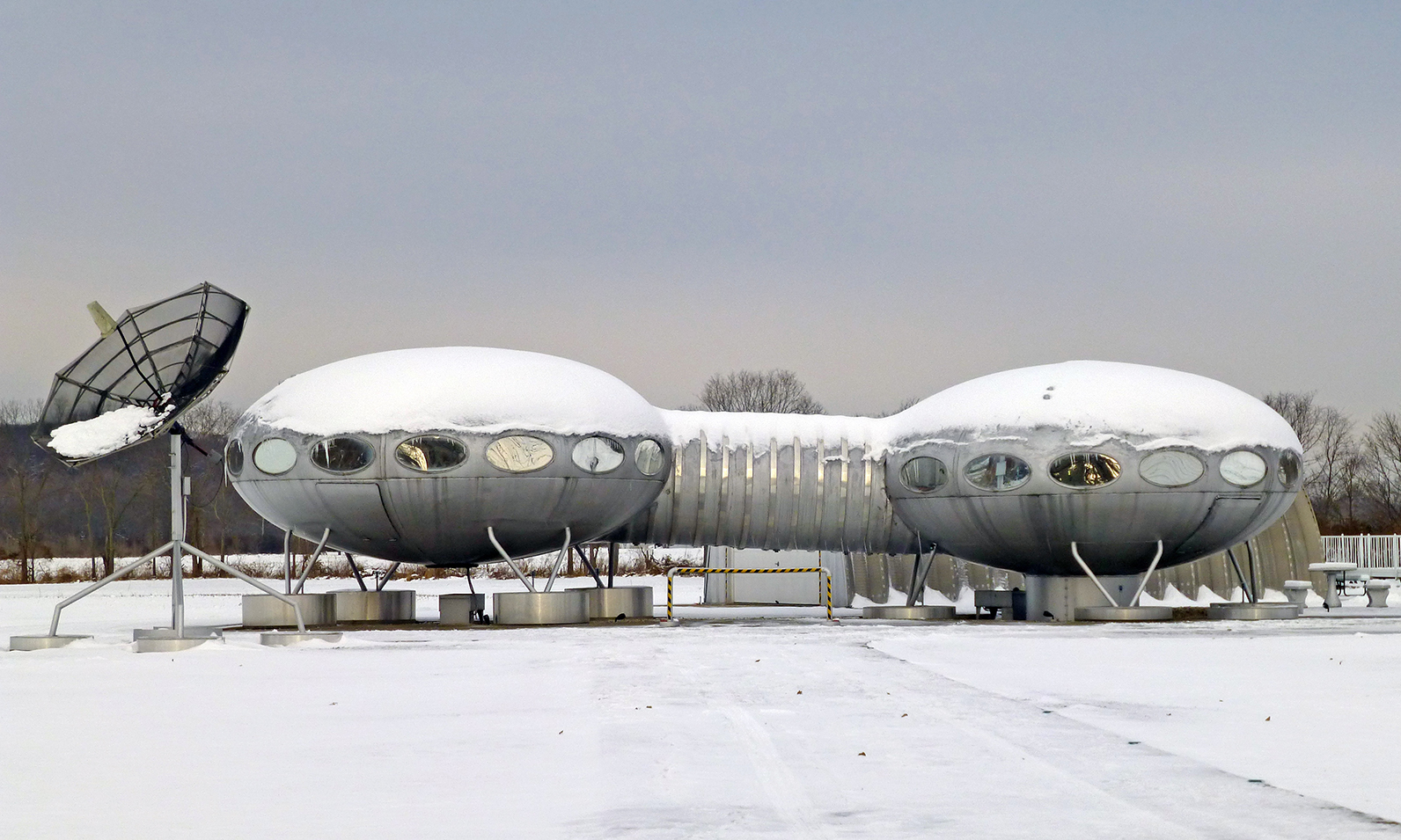 Think about it: each of these homes was designed and built to look exactly how it does. If you think they’re strange, just remember they were built to look that way, which makes them even stranger. But who would want to live somewhere boring?

Cincinnati, Ohio’s eye-catching Mushroom House is a work of art by Terry Brown and 35 of his former students from the University of Cincinnati College of Design, Architecture, Art, and Planning. The team used metal, wood, glass, shell, and ceramics to build it. The one-bedroom, one-bathroom, 1,260-square foot home has windows that look like faces, stained glass, tiled ceilings, and irregularly-shaped walls. Terry Brown lived in it for two years until his death in 2008.

The Earthships at Blue Rock Station

This house is made from all recycled materials. Blue Rock Station constructed several homes like this throughout the country. “Earthship” is in Philo, Ohio and it’s the only one in the state. For the structure, Blue Rock Station collected tires from landfills, stacked them, filled them with dirt, and then pounded them with sledgehammers. In total, they used 1,400 tires, and each tire required two wheelbarrows full of dirt. They used reclaimed wood from old barns for trusses and window frames. They also purchased patio doors from warehouses. Aluminum encases the whole building, protecting the inside from precipitation.

The water supply comes from collected rainwater on the roof, which drains into a cistern and then pumps through a pressure tank. On two ends of the building, there are wetlands, which collect all the water from the sinks and shower and washing machine. The walls around the wetlands are made of cans and bottles. The front of the house faces south-southeast and the house sits at a 90-degree angle to the sunlight, allowing for natural solar heating. The earth-filled tires insulate the house so that the temperature inside never drops below 50 degrees F. There’s also a wood stove for additional heating.

This house wasn’t designed this way just because spaceships are awesome; the architect, Matti Suuronen, came up with the idea in 1965 when the price of plastic had tripled because of the oil crisis. They made 80 to 100 of these ski chalets, and an estimated 20 of those are still in the US today. The Futuro House has a small kitchen, bedroom, and bathroom.

Harry Wilks built The Pyramid House around the same time architect I.M. Pei designed a massive glass pyramid for outside the Louvre in France, but Wilks claims he was unaware of Pei’s design. However, the glass pyramid in France was designed in the early 1980’s, while the Pyramid House was finished in 1992. It’s 7,000 square feet underground and includes a pool, a wood-burning fireplace, and a living room fountain. Sunlight comes in through the glass roof. It’s located in Pyramid Hill Sculpture Park in Hamilton, Ohio.

This house appears to be abandoned in the woods near Hocking Hills in Logan, Ohio. A guy named Stewart built it to be durable and intended to sell it along hurricane-prone coasts and through Tornado Alley. The shape of The Round House makes it highly resistant to wind, and the shell is fireproof. Stewart built the shell using a homemade elevator system made from an axle and a wheel from a car. He built two wooden shells and poured concrete over them, then removed the wood. It has five-inch thick walls and an eight-inch base, two floors, a basement, a porch, and a built-in garage. It is now permanently closed.

George Gregg built this house 150 years ago in Circleville, Ohio when octagon-shaped houses were a popular agricultural style. Near it, amid overgrown fields, a white barn displays the name “M.M. Crites” which is believed to be the name of the family who lived there. Behind the barn are a smaller barn and a tire swing. The whole site looks like the set of a horror movie.

Each of these houses is a hidden gem in Ohio. You could easily pass by them and never realize the stories they hold or the architects’ thoughts and intentions,