These Tips Will Help Keep Parents, Kids, and Neighbors Happy on Trick-or-Treat Night 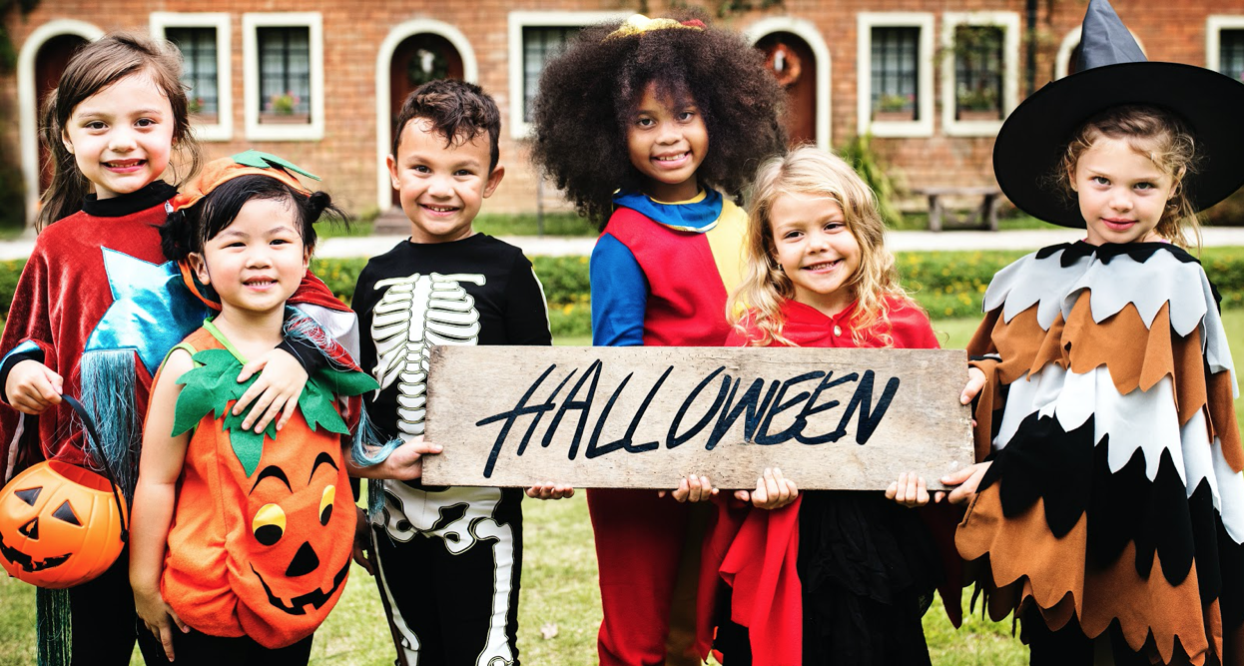 With Halloween right around the corner, it’s almost that time of year when you dress your kids up and take them to strangers’ homes to ask for candy. When you think about it, it is one of our weirdest traditions. Learn how this bizarre tradition started and how you can make your trick or treat night go as smoothly as possible.

In spite of its almost completely secular role today, Halloween actually began as a medieval Christian tradition. Halloween surprisingly refers to the evening of All Saint’s’ Day, called Hallowtide. All Saints’ Day was a Christian holiday in which the saints who had attained heaven were celebrated. It is also known as  All Hallows' Day, Hallowmas, or Feast of All Saints. It used to be celebrated on November first, or the Sunday after Pentecost. The day varied depending on if you attended a church in the west or the east.

On Hallowtide, the poor went door to door to all of the wealthy to pray for those who had recently passed in the family. They believed that the more you pray for a person’s soul, the more likely they were to be saved. In return for their prayers, the rich would often give the poor food and beer. Sounds familiar, right?

Trick-or-Treating is not the only modern-day Halloween custom that comes from this ancient religious ritual. What is one of the first things that pops into your head when you think of Halloween? Jack-O-Lanterns! While you may carve out funny faces in pumpkins, those who visited the wealthy would hold up hollow turnips with lit candles inside, which were meant to represent souls that were suffering in purgatory.

On the same night every year, masses were held in order to comfort the souls so they would not haunt the living. When attending these masses, it is reported that Christians would come in subtle disguises that were representative of Christian beliefs. For example, choir boys would dress up as virgin brides. This was supposed to represent birth and marriage which would lead to the replenishment of the Christian population. Like most medieval traditions, Hallowtide was very bizarre and a little bit creepy, too.

Halloween today is an exciting holiday with fun activities and treats - no praying for the dead required.

We have the protestant reformation to thank for this change. After the split of the catholic church, the belief that souls would be saved this way rapidly lost popularity. A few Catholics kept up the practice, but with the immigrants coming to the United States from Europe the ancient ritual was left in the past. Instead, young people would dance in the streets and exchange gifts. Colonial celebration of Halloween often featured ghost stories and pranks of all kinds. People would tell fortunes and play tricks. For example, women would try to toss apple peels over their shoulders in hopes that they would spell out the name of their future husbands. It turned into a night of drinking and celebration. People began to dress up in costumes and throw parties much like we see today.

At the end of the 1800s, there was a push to make the holiday less about ghosts and witchcraft and more about community. Autumn festivals were already a popular event at the time and so Halloween festivities began to resemble that. There were celebrations for children of all ages with games, costumes, and festive foods. By the time the twentieth century came around, the holiday had pretty much lost all religious and superstitious meaning.

After this shift happened, the holiday blew up. They started having massive parties and celebrations and the ancient tradition of trick-or-treating was then revived. Movies began to be made surrounding the holiday, creating what is now a cult genre of horror films. Superstition was still involved in the holiday in some ways, however very different from the early origin of the day. Things like black cats and ghosts are still feared even today. Parties happened everywhere from town halls to classrooms. It was truly a day that connected all members of the community to one another. Festivities, much like today, were held for children and adults alike.

An American tradition was born. Today, it is the United States' second-largest commercial holiday next to Christmas. In 2019, there was an estimated nine billion spent in Halloween sales.

While you won’t be lighting up turnips or praying for the salvation of the dead, Trick-or-Treating can still be a stressful night. No matter if you’re handing out candy or taking your kids to gather their own candy, here are some helpful tips to keep the anxiety to a minimum.

Kids often are far too excited about the candy to worry about how they are acting on trick-or-treat night. It can be embarrassing when your child is rude to your neighbor. To avoid embarrassment, it is important to inform your child ahead of time what is expected of them.

Make sure to relay these trick-or-treat manners to your children to ensure a successful night:

Trick or Treating Tips For Parents

While you may be worried about how your child behaves, don’t make the mistake of embarrassing your child. There are plenty of rules for you as a parent to follow when taking your child door-to-door.

Make sure you don’t fall into any of these common pitfalls while taking your child trick-or-treating:

Tips For Neighbors Handing Out Candy

Follow these tips and you will have a super successful night or giving treats!

You’ll want to use these tricks in order to keep safe on Halloween night!

Following these tips will help keep the entire family happy on the night of Halloween - Or should I say Hallowtide? Even though the origin of this tradition is a tad weird, Trick-or-Treating is still a fun activity looked forward to year-round by children all across the country. Hopefully, these suggestions will make it a memorable night for both you and your child.