Best Pizza Shops In and Around Beaver Creek, Ohio

Beavercreek has all kinds of great pizza shops within its borders. 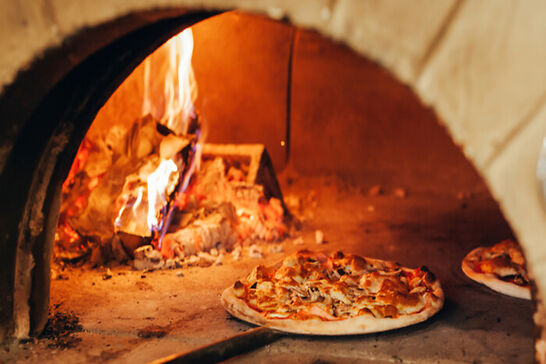 Beavercreek is the second largest suburb of Dayton, Ohio. It is the largest city in Greene County. It is one of the best places that you can live in Ohio for many reasons. The city has a dense and suburban feel to it, which lets residents lead a suburban lifestyle while living near a large city. They get to enjoy the best of both worlds.

Beavercreek is occupied by many young professionals. They get to live in a suburb near a city and take in all that has to offer. This city is full of parks and restaurants for people to enjoy. It also has some of the best pizza shops in the eastern part of the country. If you’re in Beavercreek, you should definitely check out their pizza shops. Their shops sell all types of pizza from Neapolitan, New York style, and Chicago style. You’ll have a ton of great choices for pizza in this city!

Giordano’s first began in a Northern Italian town. Mama Giordano was known for her amazing cooking, something that brought her fame in her town. One of Giordano’s most beloved creations is Mama Giordano’s “Italian Easter Pie,” which is a double-crusted, cheese stuffed masterpiece that became a tradition to have amongst the family. In 1974, two sons of Mama Giordano introduced her famous pizza to the Chicago region after they came to this country. They now have several locations across the country and have been serving countless loyal customers ever since!

Giordano’s sells some of the best stuffed crust pizza you can find. They constantly make local and national headlines because of their amazing offerings. They have been on many “best pizza” lists, and that includes lists in the New York Times, the Chicago Tribune, Home & Garden Magazine, and more!

The pizza you’ll find at this restaurant is made with the highest quality ingredients. They use high quality tomatoes to create freshly made tomato sauce every day, which are exclusively grown in a small area in Northern California known for growing some of the best tomatoes in the world. They also use signature mozzarella cheese that is specially made for their restaurant by skilled Wisconsin cheese makers who make their product with fresh milk from local farmers. At Giordano’s you can order different starters, salads, sandwiches, and pasta, along with all the pizza. You won’t regret stopping by this place!

“The deep stuff pizza is some of the best pizza you'll ever taste ! Some of the best pizza in the area. It is pretty pricey but it is worth every penny. The inside has a bar and they have happy hour deals. You will wait a while for the pizza but it will be hot and fresh, as will all the other food you order. I think their pizza is a must try if you're looking for good pizza to eat.”--Yelp Review

Old Scratch Pizza is a pizzeria that meets a beer hall. It is anything but ordinary. Old Scratch sells world class pizza along with a large selection of regional craft beers in a great, communal atmosphere. The Dayton location is the original one, and has been a local favorite since it opened in 2016. They serve Neapolitan style pizzas that are unique and creative. Their style adds some fun and innovation to a classic style of pizza.

Old Scratch’s Neapolitan-style pizza is made in brick ovens set in an open warehouse-like environment. The restaurant has a 200 seat dining room and a 32 seat private dining room to accommodate their guests. It is a fun and cool atmosphere that quickly makes you feel like you are in a creative space. And their fun pizza creations are endlessly Instagrammable!

Their menu includes some fare you would not normally find at the average pizza place. Appetizers include whole roasted cauliflower, meatballs, and hummus. The pizza includes classic options like margherita, marinara, prosciutto arugula. There are also fun options like chicken bacon ranch, Dayton, and Angry Beekeeper. They also offer several different flavors of crust, some of which are garlic butter, hot honey, lemon-tahini dressing, and romesco. The beers on tap are about as creative as their pizzas.

“Wow!  The pizza here is awesome! I had the Angry Beekeeper which I was a little hesitant as it has a spicy honey sauce but it was good! The honey sauce brings out the flavor of the fresh basil in a great way! We sat at the bar and the bartenders were friendly and helpful. If you're looking for great pizza and beer this is the place to go to!”--Yelp Review

Marion’s Piazza has been serving award winning pizzas along with other Italian specialties for over 50 years. They have happily done this in an “old Italian courtyard” atmosphere the whole time. It was voted Dayton’s best pizza by Pizza Magazine for five different years! There are several locations throughout the country where Marion Pizza serves their signature pizza to regular happy customers.

The founder used his life’s savings to open the restaurant and went on to pioneer some firsts among pizza restaurants of the time. His dining room seated over 200 people when every other pizza restaurant at the time only offered carry out. Even though he decided he couldn’t have a thriving outdoor space in Ohio’s weather, he modeled the inside of his restaurant like an outdoor courtyard. Marion was the one who first created the thin crust pizza that is now known as “Dayton Pizza!”

Marion’s now has several locations around the Dayton area. These locations have become staples of their respective communities. The restaurant has even stayed in the family with the founder’s descendants now running it. Their menu contains pasta, sandwiches, salads, and of course pizza. Everything on the menu is also delicious and well priced.

“100% recommend trying the meat pizza!! They absolutely load it up with toppings and I loved the thin crust that they cut into small pieces. Definitely come here to try some good pizza!”--Yelp Review

Jet’s Pizza is known for its great Detroit style pizza.

Jet’s Pizza makes pizza for people with high standards. The restaurant was founded back in 1978. They make delicious square pizza known for being super cheesy with quality toppings. Their buttery square Detroit-style pizza is legendary in its town. And that isn’t the only kind of pizza they make. They sell deep dish, thin crust, and New York style pizza also. They are experts at creating amazing versions of all kinds of pizzas. They even have gluten free pizza!

Their pizza sauce is the freshest in the area. They make all their sauce from scratch, from the marinara to the ranch. They also offer the option to have flavor added to your crust. They have many different options. Those options include Jets turbo crust, butter, poppy seed, Romano, garlic, Cajun, and sesame seed. Aside from offering some of the best pizza in the region, they also offer calzone style deli boats, fresh baked turbo sticks, crisp wings, and boneless chicken.

You can order Jet’s pizza online, by phone, or in person. Within the past few decades, it has grown from a single pizza place to one with different locations throughout 19 different states. At Jet’s, they prepare their pizza dough by hand each day, along with using the freshest tomatoes and hand grated cheese. This place is very easy to enjoy!

“I ordered delivery and I was really impressed! They were fast, and super tasty! I love the flavor of the garlic crust, and I've never had Detroit deep dish before, but this was wonderful!. This is gonna be my new pizza spot!”--Yelp Review

The Flying Pizza is the place to get a great New York style pizza near Beaver Creek.

The Flying Pizza is known for making their pizza the Italian way, fresh and made by hand. They make New York style pizza in the middle of Ohio, and are highly regarded for it. They sell pizza by the slice as well as whole pizzas. The slices come in traditional and square, and the flavors include pepperoni, sausage, mushroom, and vegetable pizza. You also get to choose between a whole round pizza and a Sicilian pizza.

This restaurant is family owned, and you can tell that they put a lot of care into their creations. Aside from the well loved pizza, they also offer different sides. You can get salads, breadsticks, meatballs with sauce, and parmesan cheese packs. You can even order candy bars as well as Reese’s and Hershey’s pies. Their menu even offers a few specials.

“Everything from the crust to the sauce to the cheese is made perfectly. The pizza here is by far more superior than any other pizza in the Dayton area. If you're from the east coast I definitely recommend trying this place out!”--Yelp Review

Milano’s  makes their pizza from fresh baked dough on a daily basis.

Milano’s opened their doors in 1969 and have always been strongly devoted to quality. They provide quality food and great service in a cozy atmosphere. They make their pizza crusts and sub rolls each day. They never freeze their dough and they never use artificial ingredients or preservatives of any kind. Their product is always baked fresh.

Milano’s encourages a fun sports culture. They have 80 inch TVs around their bar to encourage sports lovers to come over and watch their favorite games in their space. They also have many different beers on tap. You can easily have a good time when you bring your friends over to Milano’s!

“Ordered some pizza from here the other day and it was good and so I decided to come eat-in last night with a friend. We ordered some buffalo chicken dip that was amazing, And the pizza is made fresh and is great. They also have daily drink specials and happy hour specials from 4-7 M-F so I think I'm going to start being a regular here. The servers are nice and the food comes out pretty fast.”--Yelp Review

Beavercreek is home to many different pizza places that are well known for serving some of the best pizza in the country. If you want New York style pizza, Chicago style pizza, or even Dayton style pizza, you can easily find it all in Beavercreek alongside all the other pizza they offer!