Dreaming about summer vacation? We’re here to help make your fantasies a reality! 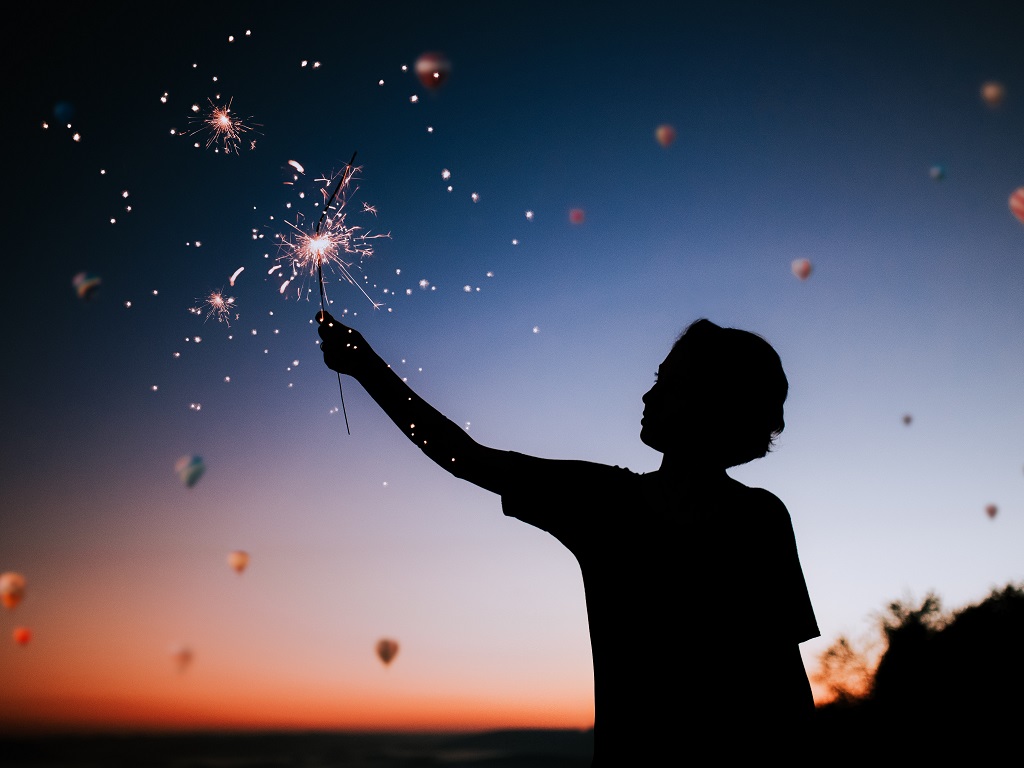 With hiking trails, museums, and other fun destinations around every corner, the Buckeye State is a fabulous place to visit during the summer months! If you don’t live in Ohio, you should consider renting a house there for a weekend to spend a quality vacation, especially for a holiday.

Here are 10 reasons why you should skip the typical backyard bbq and pack up the car for a trip to Ohio for this 4th of July!

Sandusky harbors Cedar Point, aka the Roller Coaster Capital of the World, aka the Best Place on Earth.

Seriously. There’s something there for everyone. If you don’t like roller coasters or need a break from screaming your lungs out on amusement park rides, take a stroll on the nearby beach. Play a game of beach volleyball. Compete in one of their carnival games. Eat at one of the park’s sit-down restaurants. There’s also a water park attached to the regular park that contains dozens of delights from slides to lazy rivers to a wave pool. Any of the attractions are certain to help you beat the summer heat.

On the 4th, the parks hosts their annual “Light Up the Point” event complete with fireworks and all-you-can-eat grilling. And as for the roller coasters, riding the Millenium Force or the Top Thrill Dragster will earn you bragging rights with your friends, but HER recommends you also make it a priority to check out the Maverick, GateKeeper, and Valravn. Thrill seekers, assemble!

Columbus LOVES the 4th of July. They have the largest fireworks festival in Ohio each year to celebrate with about 48,750 pounds of pyrotechnics used to create the stunning display of patriotism. The best places for viewing are at Bicentennial Park, along Long St., Spring St., Marconi Blvd.,Washington Blvd., and Civic Center. Spots are taken on a first come first serve basis, so make sure you claim a seat early enough! The show begins at 10 p.m.

There is also plenty to do before the fireworks start. Charity runs take place a couple days before the grand finale. On the day of, there is a Children’s Park at Neil Avenue featuring interactive activities for all ages, and a party for people 21 and older featuring a Beer Garden and live music. The entire family will find fun at this festival!

Are you a charmed by old-fashioned places and things? Then spending this 4th of July in the charismatic town of Toledo is what you need!

They host a celebration in Sauder Village, which is Ohio’s largest living-history village, where they honor Independence Day in unique style. All weekend long you can play old-fashioned games like Cricket, enjoy hand-cranked ice cream, or listen to the historic songs being played on the reed organ. At 11:00am on the Village Green, they hold the U.S. District Court Naturalization Ceremony - the last step in the process to become a new United States citizen. It’s quite a memorable experience.

Toledo’s 4th of July weekend is a great opportunity for kids (if you have some or still are one) to learn a little about the country’s history while still having a fun day. It’s also a cool way to feel like you stepped back in time a couple decades. Bring the whole family along!

Each year, the Greater Cleveland Aquarium hosts a very musical and beer-tastic 4th of July celebration. Put your dancing shoes on, because there are live performances all day from guest musicians. A selection of food trucks and craft beer choices coexist with the concerts.

If you want a break from the noise, you can explore the aquarium or step outside to wander around the Flats district of downtown Cleveland.

The Flats is a redeveloped area next to the Cuyahoga River that’s a popular choice among locals to live or seek entertainment. Night clubs hosting live music, comedy and drag shows, gourmet eateries, and beer gardens line the streets. Water taxis transport people from one side of the river to the other.

At night, the city puts on an Independence Day fireworks display. You could hop in a taxi and bask in the beauty of the fireworks on the river! The moment would surely be Instagram-picturesque.

5. A Day of Freedom - Ashville

The 4th of July festivities in Ashville, Ohio have been going strong for more than 80 years. Family gather from all over to relish in a day (or 5… the celebration is 5 days long) of good food, contests, and parades.

The Day of Freedom features a fish fry where over 2,500 pounds of perch are sizzled until crispy and golden. They’re kinda famous for the colossal fish sandwiches. They’re also known for the yearly mobile carnival that comes to town. It includes attractions like the “berry-go-round”, a ferris wheel, and the “Monkey Maze” funhouse.

The best day to go to the festival is the 4th. A Grand Parade kicks off the day and throughout the afternoon there’s entertainment and contests. Just think...you could be the winner of the Ashville Idol.

Of course, the evening gets rounded out with a fireworks show blasting off at 10pm.

If you like a sense of community, then Ashville is the place to spend your 4th of July. And did we mention the entertainment is free?

6. Thunder in the Valley - Hocking Hills

If you fancy yourself to be a nature-lover, Hocking Hills State Park is the place to go. This beautiful nature-oriented town is filled with various natural wonders including Old Man’s Cave and Cedar Falls.

Cedar Falls (pictured above) is a remote chasm flowing with hemlock and water falling down the steep rock walls.

Old Man’s Cave is the most popular of all the Hocking areas. It’s named after a hermit who lived in the cave with his two brothers and their dogs. It’s divided into five regions: Upper Falls, Upper Gorge, Middle Falls, Lower Falls and Lower Gorge. If you’re hoping to explore any of the sections, be sure to check out the gorge, or the Devil’s Bathtub as it’s also been called. It serves as a great venue for visitors to peer into the earth’s subsurface.

On the 4th, Hocking College hosts “Thunder in the Valley,” southeast Ohio’s top fireworks display. Drive there yourself and spend the day roving over the beautiful wilderness, or take the Hocking Valley Scenic Railway as a cool alternative. Shuttles depart at 7:30pm and 8:30pm.

Someone order ribs? The City of Akron proudly presents their 6 day National Rib Festival, June 29th through the 4th in downtown Akron. Admission is free all 6 days and gates open at 11am.

The event is essentially an ongoing rib cook-off. Barbecue fans, you need to go as many days as possible so you can try as many vendors as possible and judge for yourself who should reign supreme.

The event also features a great selection of live music, from tribute bands to a grand finale show by the Akron Symphony Orchestra, and at the end of the night on the final day is a fireworks display. Even if you don’t want to spend almost a full week stuffing yourself with BBQ, definitely plan a trip for the last day. You deserve a quick taste of some quality ribs and lovely night of watching the fire flowers bloom.

Bay Village also puts on a nice festival each year called “Bay Day” (even though the celebration is usually 3 to 4 days.

On the first day their carnival opens at noon and there’s live music provided by the Bay Village Community band. On the second day you also get magicians or “Professional Bubbleologists” doing shows along with a Car Cruise-In. The remaining days are filled with more magic and comedy shows, fun runs and walks, games, and carnival rides. And of course, Bay Days grand finale is a fireworks display.

There’s activities everyone would enjoy participating in, but if festivals simply aren’t your cup of tea, Bay Village is located right on Lake Erie. You can always pack up a picnic and spend some time collecting shells along the beach or swimming in the waves.

In Lima, Ohio, the 4th of July is packed with excitement from start to finish. It kicks off with a Freedom 5k Run/Walk and a Freedom Fun Ride for those who prefer biking. At 1pm food booths open, so you can refuel on some delicious carnival corn-dogs or a funnel cake after your morning workout. Throughout the day there’s live music, contests, a parade, and a car show.

Also returning this year is a fishing derby. You can win free food and other prizes by catching a tagged fish from Bear Pit lake. And don’t forget, Lima sets up a fantastic array of amusement park rides for the young ...and young-at-heart. All rides are free and open from 3:00pm until 9:00pm.

At the end of the night, American flags are passed out and there’s a fireworks display.

Another great option is going to Dayton for the 4th of July! They have a number of festivals around the area beginning with “Star Spangled Heights” in Montgomery County on Saturday June 30th and ending with a beer fest on Saturday July 7th. There’s so much to do - parades, games, petting zoos, food - you need to check out their entire schedule!

If you only want to visit Dayton, they’re launching their multicultural “Lights in Flight” festival downtown at 5pm on July 3rd. Before the celebration, you can spend the day exploring the city. It’s full of museums and unique treasures to discover, like the Avrocar. Would you rather step into nature for a while? The Miami Valley region in Dayton is the nation’s largest paved trail network with over 340 miles of trails to explore.

What are your 4th of July plans? Let us know in the comments!