The midwest doesn’t get as much press for its trendy neighborhoods, but we’re here to change that. 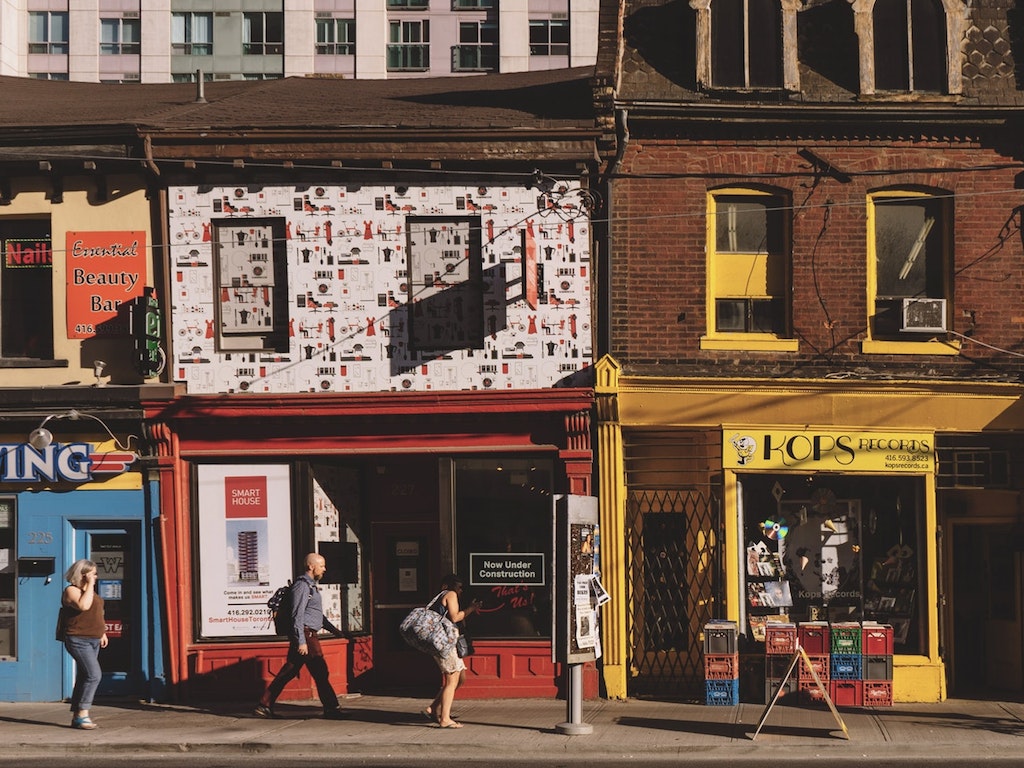 In case you didn’t already know, downtown city area doesn’t necessarily translate to the cool part of town. Hidden in big city nooks and sandwiched between unassuming districts, the most interesting neighborhoods are often out of the mainstream. However, they’re not so lackluster that you don’t hear newspapers and reviewers yelping about the place. Whether the neighborhood advertises a rich history, vibrant arts scene, or a bunch of independent enterprises, you’re sure to hear about it if it’s as fun as it’s supposed to be.

From neighborhoods within Ohio’s largest cities to smaller suburbs within the state, our friends at HER, REALTORS® have compiled a short list of upcoming neighborhoods for you to check out.

As the city’s arts district, Short North is nothing short of an art-laden neighborhood that stretches down High Street until just above the Columbus downtown area. From the abundance of galleries to public murals and sculptures, visitors could find art displays in nearly every section of the district. Local bands and musicians often make weekly appearances as well as perform in coffee shops and restaurants. Because of its reputation, Short North attracts a variety of artists and art enthusiasts to the area.

One of Short North’s most defining characteristics is Gallery Hop Saturday, a monthly celebration that encourages visitors and residents alike to experience art galleries, exhibitions and live music. Food trucks come to the neighborhood and restaurants sometimes offer special deals to visitors. Gallery Hop happens every first Saturday evening of the month and hit its 30th year anniversary in 2015. Now a Columbus tradition, its the city’s favorite night to celebrate art.

Did you know that Waterloo district is named after a street? If you walk down Waterloo Road, you’ll see two sides: one is the I-90 freeway barrier wall, and the other is Waterloo Arts, lined with building-wide murals at every corner. Though it’s only a part of the Collinwood neighborhood, Waterloo prides itself as being the only entirely locally owned corner of Cleveland with a funky mix of boutiques, restaurants, and art venues.

If you want to check out a particularly Waterloo-defining bar, try Millard Filmore Presidential Library. Spoiler: it’s not actually a library and they don’t have any books. You could see live music performances there every once in a while, though!

Highland Square stands out as the “hipster” neighborhood of Ohio’s fifth largest city, Akron. The general wealth of its residents offer plenty of support for local artists. They’re proud of their independent businesses and support a healthy cultivation of the arts.

One of the most notable attractions, Portage Path, is a marked pathway along a street of the same name. The path is marked by an Indian statue to represent the Native American tribes that used to cross the area carrying their canoes from Cuyahoga to Tuscarawas River. Another marker of the neighborhood’s history is Highland Theater, which originally opened in 1938 but kept its oversized screen, flashy marquee, and art-deco facade. Rumor has it that the neighborhood is named after the theater.

The aptly named German Village is one of Columbus’s most popular cultural hubs. Its name originates from the German immigrants that originally resided there and the heritage that continues to flourish there despite the diversity of incoming residents. A model district for historical preservation, visitors can find lines of refurbished homes that have been renewed while maintaining their historic quality.

If it’s a potential settling point, just know that German Village is considered to be one of the most desirable places to live in the city because of the beautiful homes and neighborhood. Just because the neighborhood is full of German heritage and touristy areas doesn’t mean you can’t settle into the fun. The German Village Society values the neighborhood’s history and visitors so much that they created a German Village Visitor Center, an entirely volunteer-run establishment that offers information about the area. If you’re new to the area, you may want to consider it a starting point because of the informative advice they could give you about German heritage as well as shops, restaurants and popular attractions.

Oberlin is defined by Oberlin College, a quirky liberal arts college known for being the first to admit female and black students. Sure, it may be small, but the resulting tight-knit community keeps residents feeling right at home. Even as a college town, Oberlin is known for being especially progressive and open in terms of social justice like LGBTQ rights and feminism. Student or not, the artsy atmosphere and selection of unique shops continues to entertain visitors. Be on the lookout for albino squirrels!

Northside labels itself as an “urban village,” a halfway between city and suburb--or as close as you could get to an urban environment with the closeness of a suburb in Cincinnati. As a cross between a working class space and a hipster hotspot, you could find your groceries and banks alongside more bougie choices like quaint coffee shops and lively nighttime pubs. Northside prides itself in making conveniences available within walking distance like fresh food marts to browse through local produce, a salon to spruce yourself up for a formal event, and even more mundane necessities like a place to fill your prescriptions. In addition, they encourage biking and walking within the neighborhood--very pedestrian-friendly.

South of Lake Erie, riverside town Perrysburg charms its visitors with riverside parks and scenic landscapes along the Maumee River. In addition to the river, 577 Foundation and Schedel Arboretum also house some of the most beautiful gardens in the region and preserve as much of the area’s natural beauty as possible. Fresh food markets, local vendors, musicians and artists are common sights through the warmer months of the year. Once strictly a port city, the neighborhood has evolved to accommodate over 18,000 residents and boasts advantageous schools, a historic downtown, and successful commercial and industrial districts.

Perrysburg has a particularly strong historical background as the original location of Fort Meigs, where American troops spoiled a British and Indian seige at said outpost. Fort Meigs is still known as the largest reconstructed fortification (aka largest maintained fort and or defensive-type war building) in North America.

The tagline says it all: “Upbeat Vitality, Offbeat Charm.” Larchmere may be small, but the neighborhood offers a selection of vintage and craft stores, salons, and art galleries. It’s known as a shopping destination for the unique locally owned businesses that operate there. Home to more than 40 quirky shops and great service enterprises, a shopping day here will beat any kind you could have at your typical suburban mall.

Larchmere cares so much about public art that they incorporated it into their streetscape plan. You’ll find artist-designed bike racks around the neighborhood, each one inspired by classic wooden chair styles such as Shaker, Queen Anne and Bentwood. About 25 bike racks have been installed along a 12 block stretch as part of the Cleveland public art program.

Not only does it serve as a home for the famous Dayton Art Institute, but Grafton Hill also hosts many festivities such as an Greekfest, Oktoberfest, and other art exhibitions. The DAI and artsy reputation draws in wealthier Dayton residents and patrons, but Grafton Hill also lures in Victorian architecture fans who appreciate styles such as Queen Anne, Neoclassical and Tudor homes. Grafton Hill is Dayton’s designated historic district and also registered in the National Register of Historic Places.

Home of Antioch College, Yellow Springs is a creative haven that attracts entertainers, artists, and others looking for a place to let their minds roam. The neighborhood is named after a natural spring in Glen Helen Nature Preserve, where iron-rich water deposits leave yellowish-orange residue on the rocks. Also nearby Yellow Springs is John Bryan State Park and other outdoor attractions whose hiking trails and waterfalls make the town a scenic destination. Fresh food markets are common because of the nearby farms and orchards.

With Yellow Springs, you find a mix of natural beauty and an eclectic urban environment. Downtown is lined with colorful storefronts, primarily dominated by independently owned galleries, shops, and restaurants. Live performing arts venues and visual arts exhibits abound as well as festivals that the neighborhood hosts to support its artists and entertain residents.

With these neighborhoods, expect a steady stream of local happenings and activity to keep you entertained. Each one boasts an abundance of locally owned businesses, and unique selection of shops and eateries that separate them from your typical Ohio neighborhood.